As you can see I have an issue with my normal map!

It almost looks as though there are some normals which are facing the wrong way, but they don't correlate to any faces. The blocky patches are dark when the rest of the model is light and vice versa. All of my low poly face normals are facing outwards and the bake actually worked before I reduced the poly count and re-unwrapped my mesh.

Looking at the normal map itself, I can't see anything that looks like it might be causing problems. I have also tried increasing/decreasing the cage extrusion settings, but to no avail!

I even tried baking the normal maps in xNormal to see if it was just a Blender issue and got similar results.

I am using Blender 2.78 with Cycles and Marmoset to preview the model.

If anyone has encountered this issue before, any help would be massively appreciated.

Thanks in advance and have a good weekend.

UPDATE: I put the same normal map on a plane, to try and work out if it was a problem with the normal map or the mesh and as you can see the normal works fine. I then checked through and made sure there were no double vertices or anything. I was thinking that perhaps there may be 2 faces occupying the same position or something but there are no doubles, so I don't really understand what the problem could be.

UPDATE 2: Starting to get to the route of the problem now. I thought it was duplicate faces, but I have realised it is actually overlapping normal maps. I originally worked on half of the model, UV mapped it, mirrored it using the mirror modifier and then baked it out. For some reason this creates shading problems. I then tried doing things in a different order, so UVs, bake, mirror. This gave me a better normal map with much less exaggerated details BUT the problem still persisted. I then deleted half of the mesh entirely and imported that and guess what... It works perfectly. The problem is obviously having overlapping normals so I guess that now I need to know how to have mirrored geometry, with 2 identical sides, without cause issues. 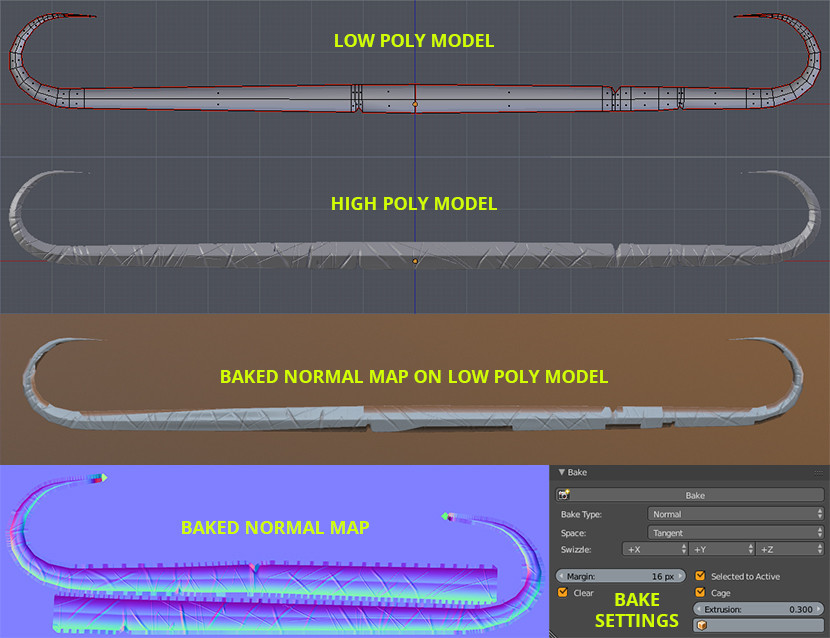 Ok, I found the solution in the end! I realised that the problem was being caused by overlapping UV maps and mirrored geometry so I selected half of the model and then shifted the islands over by 2048px (the width of the normal map) so that they were off of the main area. I am not exactly sure why this happened, so if anyone has any insight it would be helpful, not only to me but to anyone reading this in the future. Here is an image of the adjusted UV map and the working mesh w/ normal map. 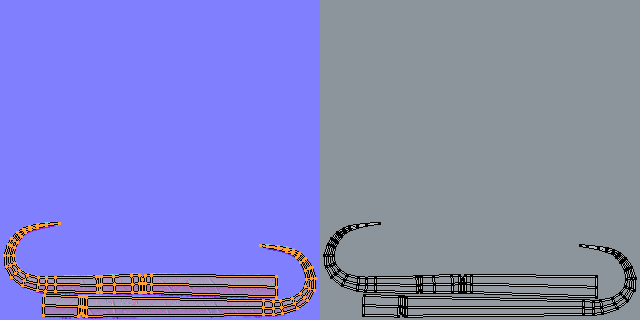 Not the answer you're looking for? Browse other questions tagged texturing texture-baking normal-map artifacts or ask your own question.

5
Normal map baked from multires looks bad (seams and general wrongness)
4
Why are there seams all over the mesh when a Normal Map is applied?
7
How can I bake a normal map with smooth, beveled, edges, when the low poly has sharp ~90° edges?
0
Baked Normal Map Not Appearing on Mesh
1
Weird normals after applying baked normal map
0
Half of mesh looks darker when I attempt to add normal map