Alright, so I made a model in blender, and I notice something weird when I create a new image and attach it in the node editor. My intention is to use a high-poly model I sculpted to bake a normal map onto the low poly mesh. However, even before I bake the normal, Something weird happens: One half of the model appears to be darker than the other half. 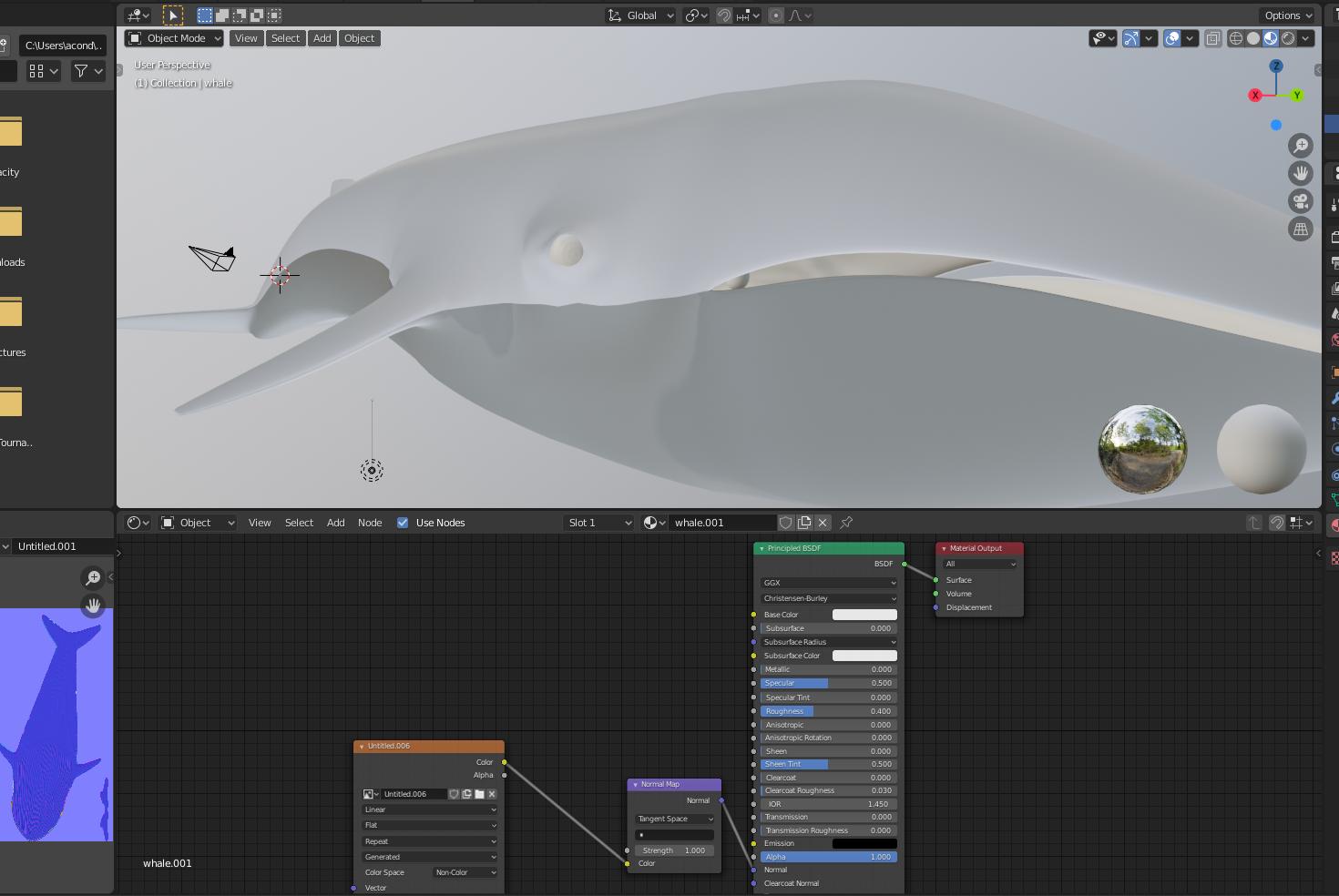 The boundary between the light and dark areas of the mesh is exactly where I marked the seams for the UV. This doesn't disappear when I look at it in either the materials or rendered views, nor does it disappear when I bake the map. After I bake the map, it doesn't disappear when I create a new image and connect it to the normal map either. I searched around, and the most common fix for problems like this is to look at which directions the normals are facing. Unfortunately, I've taken a look, and it appears that the normals are already facing the right direction.

Update: I have solved this problem on the tongue by setting the normal map vector to "UV Map", but this doesn't work on the body mesh.

Extra update: It doesn't work on any of the other meshes, even ones that have only one material attached to them. I have no idea why the tongue normal works when nothing else does.

Reset to default
1
$\begingroup$
Want to improve this post? Provide detailed answers to this question, including citations and an explanation of why your answer is correct. Answers without enough detail may be edited or deleted.

If anyone still suffers from this problem: change the Color Space to Non-Color on the Image Texture node of your normal map.

It appears the Texture you created was not a 'clean slate' for a normal map. I must be created with an RGB value of 0.5,0.5,1 and must be set to Non-Color before baking.

The secondary issue with the broken normals sticking around is most likely that you're baking with that broken normal map. Blender's normal baker will calculate the Shader normals, not surface normals ! You would have gotten a 'circular dependence' warning.

Not the answer you're looking for? Browse other questions tagged uv uv-image-editor normal-map or ask your own question.