Why does a bump/normal map change the look of a plane to which they're applied to, even if the plane only has 1 normal?

From my understanding, a normal map makes the existing normals on a mesh to change the direction they point in, to fake the illusion of grooves/depth/scratches,etc. So the more polygons you have = more normals = the better the effect from the normal map

A bump map from my understanding takes the normals on a mesh and scale them, unlike normal maps which can only change the direction the normals point in

Yet I noted that when I did the below to create a procedural bump map, 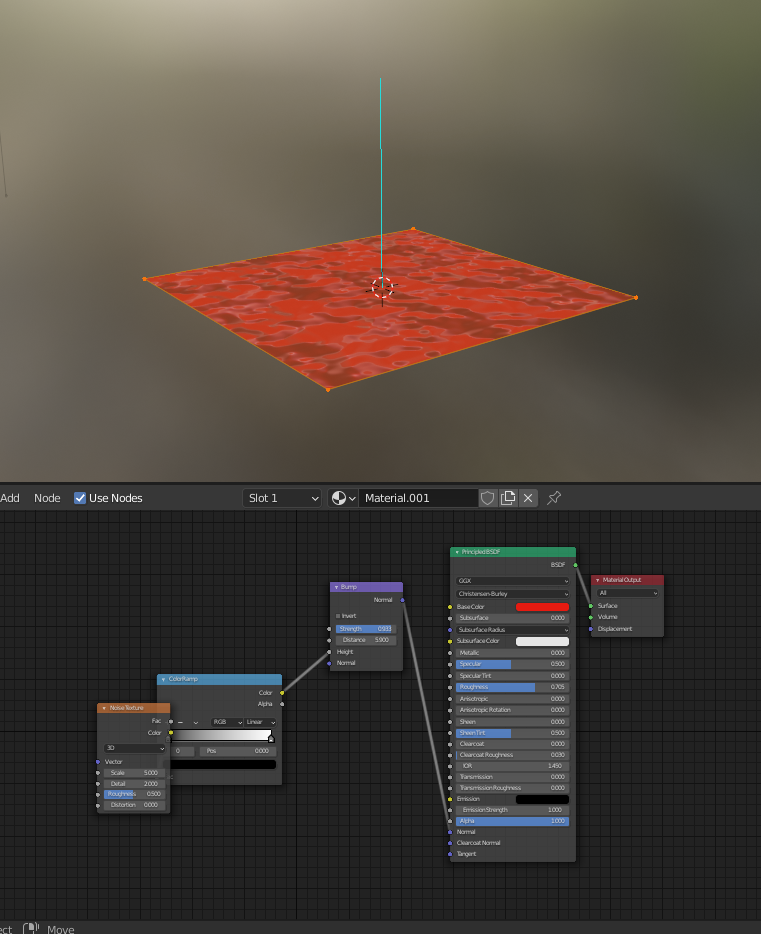 A bumpy effect is created. How is this possible? There is only one normal on this plane so how do I get a bumpy effect all throughout the plane? (I also noted that after removing the bump map node from Principled BSDF, the normal of the plane flipped directions

And when I tried the below to create a procedural normal map, 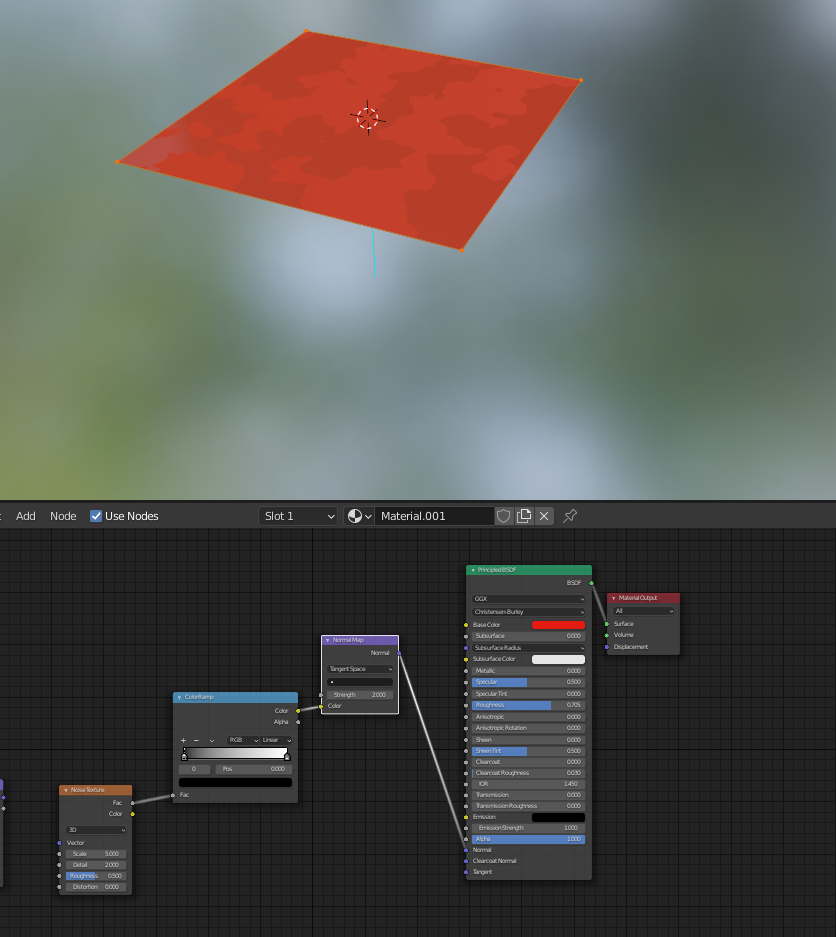 Sure, no longer is there a bump effect, but a pattern-like color effect is present somehow

My question is, how is that in both these cases, bump and normal maps, maps that only affect the scale/direction of your normal, create a drastic bumpy effect/pattern-color effect on a mesh with only one single normal?

A normal can be thought of as the direction a face is pointing. The face (usually) has one normal, it's just a vector pointing into space going outwards from the face. For our purposes here, it defines the average angle of reflection of light rays.

When you modify it with a Normal Map, you're giving it additional instructions on how to handle light across the face. For every evaluated pixel, the light is taking the face normal and your Normal Map information into account.

So it's not that it is creating more normals. There is only one, with a little math being done for every pixel sampled. Very easy for your processor/gpu.

To calculate the Lambertian (diffuse) lighting of a surface, the unit vector from the shading point to the light source is dotted with the unit vector normal to that surface, and the result is the intensity of the light on that surface. Imagine a polygonal model of a sphere - you can only approximate the shape of the surface. By using a 3-channel bitmap textured across the model, more detailed normal vector information can be encoded. Each channel in the bitmap corresponds to a spatial dimension (X, Y and Z). This adds much more detail to the surface of a model, especially in conjunction with advanced lighting techniques.

Not the answer you're looking for? Browse other questions tagged normals normal-map or ask your own question.

8
Is it possible to effect the spawning direction of a particle with a normal map?
0
Baked normal map looks fine but has strange 'blocky' shapes when applied to the mesh (Overlapping UVs?)
3
Non Color Data Procedural Normals
0
How does this normal map create surface imperfections instead of elevations/bumps?
0
How does a normal map contain more information than a heigh map?
2
If bump maps override face normals for lighting calculations, why do flat shaded bump mapped models look different from smooth-shaded bump mapped?
0
How do you bake procedural normals correctly? The final normal map puts a normal value on everything
2
Why does the normal map look inconsistent?