I've been continuing that Blender Anvil Modeling tutorial, and I've gotten stuck on the part in which I'm supposed to bake a normal. I sculpted, and created a high-poly model, and then tried to bake the normals onto a low-poly model. (I hope I'm saying this correctly...)

The result was this fine normal map: 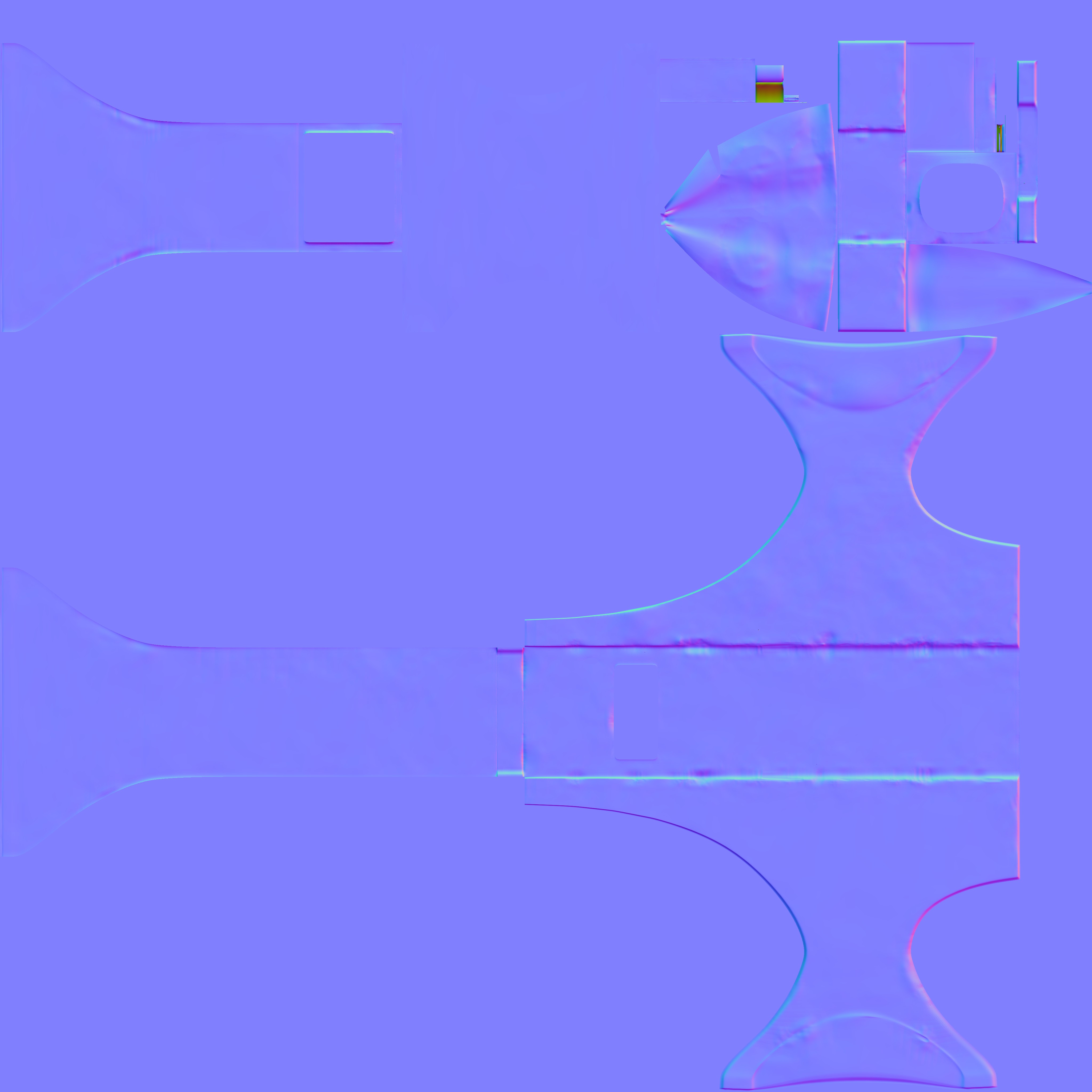 I saved this image, added it as an image texture, plugged it into a Normal Map node, and plugged that into the "Normal" port of a Principled BSDF.

And nothing. The low-poly mesh still looks the same. I've unwrappped the mesh. Image/Color textures work fine, but for some reason, the Normal Map does not work. The normals line up with the UV Map, the Image Texture is set to "Non-Color", and I don't know what else to try.

For reference, here's the node setup: 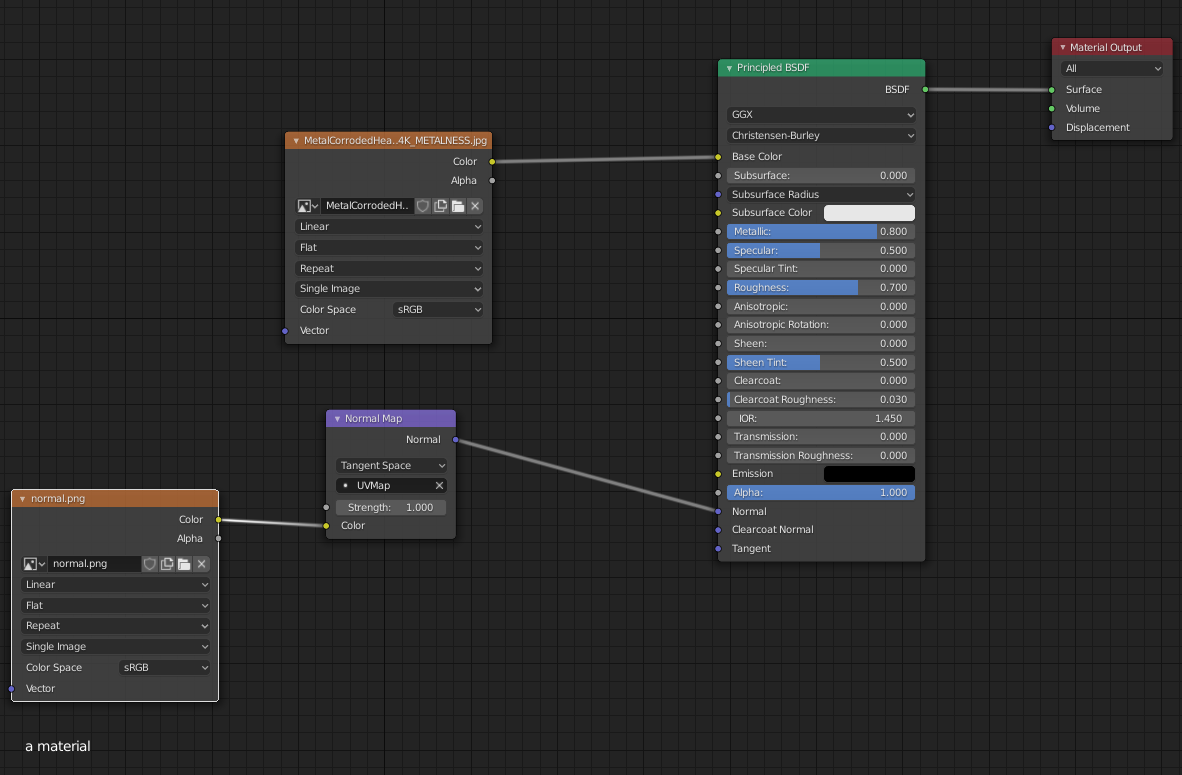 And if anyone's willing to take a further look, various .blend files will be linked below:

Hyperlink for those with Script Blockers

The original anvil.blend file containing the low-poly mesh, the high-poly mesh, and other stuff (137MB): On Google Drive.

When I opened your file, the image called Normal was not loaded in the Image Texture node, once done it seems to work fine: 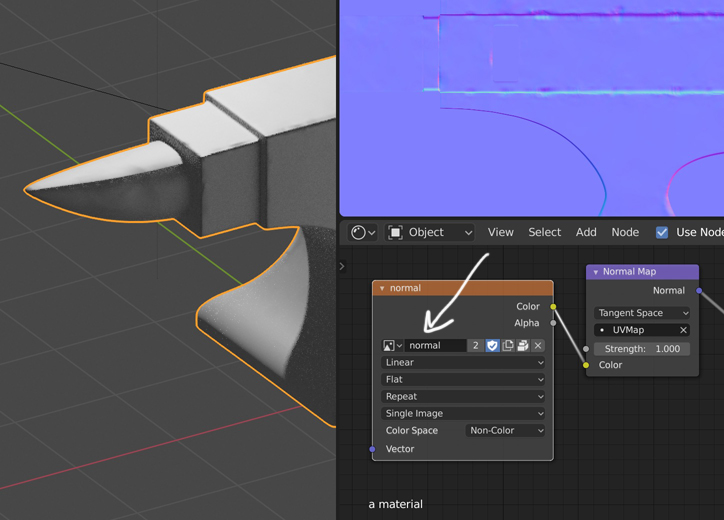 Not the answer you're looking for? Browse other questions tagged texture-baking normal-map or ask your own question.