How to repeat an image which uses Sphere mapping in Cycles

Cycles now supports Sphere mapping for image textures - but how do I increase the scale of the image (so that it gets repeated)?

If I use a mapping node and increase the scale like I normally would, the texture gets all distorted.

Both the cube and the sphere are using the same image texture, with a Mapping node between the Texture Coordinate and Image Texture nodes. The Scale of the Mapping node is animated from 1.0 to 5.0. The cube's texture is using UVs with the image node using the default 'Flat' projection. The sphere's texture is using Generated coordinates with the image node's projection set to 'Sphere' (as in the screenshots below).

This is the desired result, which was made by manually repeating the image texture in Gimp: 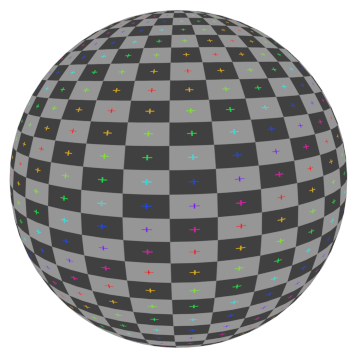 I would also like to be able to scale it only on the X-axis so that it does not appear so stretched in the middle.

here is the node setup :

Now you can manipulate the texture mapping as you want :

Note : you can eliminate the need for two image texture nodes in the first stage by using one image with red gradient ( horizontal) and a green gradient ( vertical ) in one image

first image : used for U axis 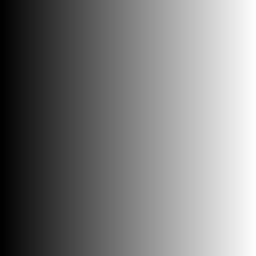 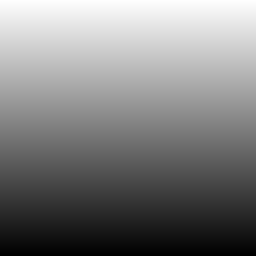 1
Cycles texture stretching past the edge
4
Achieve Escher holding sphere, but with real image
2
Sphere projection option is missing
0
texture coordinate node in blender - how to control textures with it
1
How does texture mapping work in Blender?
24
Randomly populating procedural shape (or Image Texture) in Cycles
1
Repeat texture in all directions using cycles nodes
1
Create mask for half of sphere
6
Applying a Simple Cylindrical Projection onto a Object
1
How can I see a rescaled image in UV Editor?