I'm trying to achieve a specific effect based on the idea of the famous Escher "Hand with Reflecting Sphere" image, but instead of reflecting a modeled environment, I want it to reflect a real image of myself holding the sphere. I first saw this effect 25 years ago in the video The Mind's Eye, which contained a part an animation called "Prime Corporate Video".

You can see specific part of that video here: http://www.youtube.com/watch?v=GP2g4uprgx4&t=4m3s

I've always wondered exactly how that animation was made since I first saw it 25 years ago. The animation was made in 1986 so I don't think the hand in the video was rendered, so maybe raytracing wasn't even the technique used and it was just some photography/greenscreen trick.

Either way, I've been trying to reproduce a scene like this and haven't figured it out. I usually end up with image mapping issues like circular regions that look distorted and the sphere reflecting part of the background instead of only the real image. I'm wondering if maybe I have to use some tricks with render layers.

Below is an example of what I've been able to produce using a world background image using "Object" Texture coordinates that have been vector mapped 0.5 xyz location, rotated -90 on X and scaled x 0.3 and y -3.9. The background is just an image on a plane sitting behind the sphere. This is all done using nodes in Cycles. 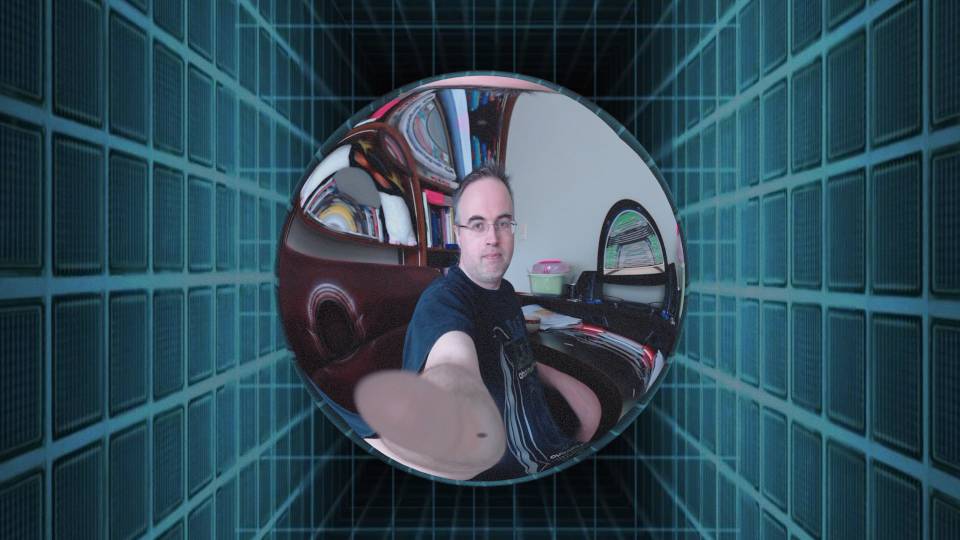 Do compositing using a lens distortion node to give a bit of sphere effect on your image, add this to your rendered glossy sphere with modeled arm with the sphere objectID as factor/mask 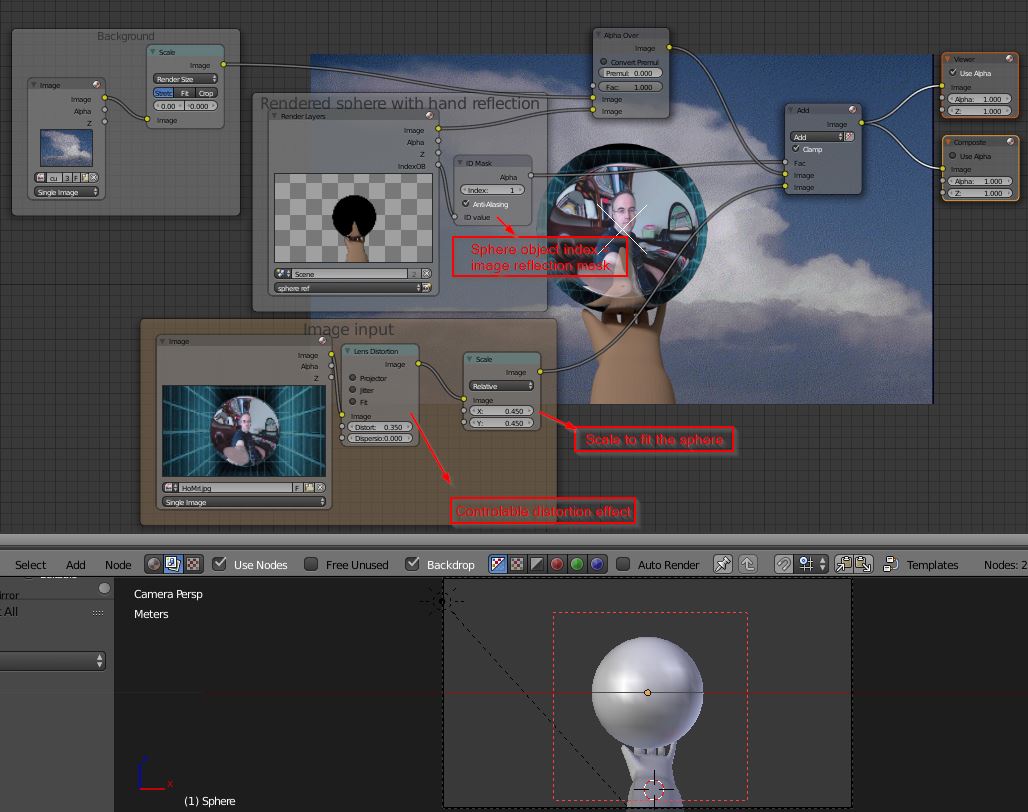 Not the answer you're looking for? Browse other questions tagged texturing node-editor mirror or ask your own question.

0
How to make a material for glossy Wood
2
Eevee Transparency gradient
0
How to start and stop movie sequence of image node at specific frame in python script?
1
Using Animation Nodes with the expression node with equation starting with x(n+1)=
0
How can I upload my own image as a background image and texture to a 2D animation in Blender 2.8?
1
Can't get transparency right for God Rays