Texture looks good on some faces but not others

After unwrapping, some faces look right but others don't - as you can see below.

What's going on here and how can I fix it? 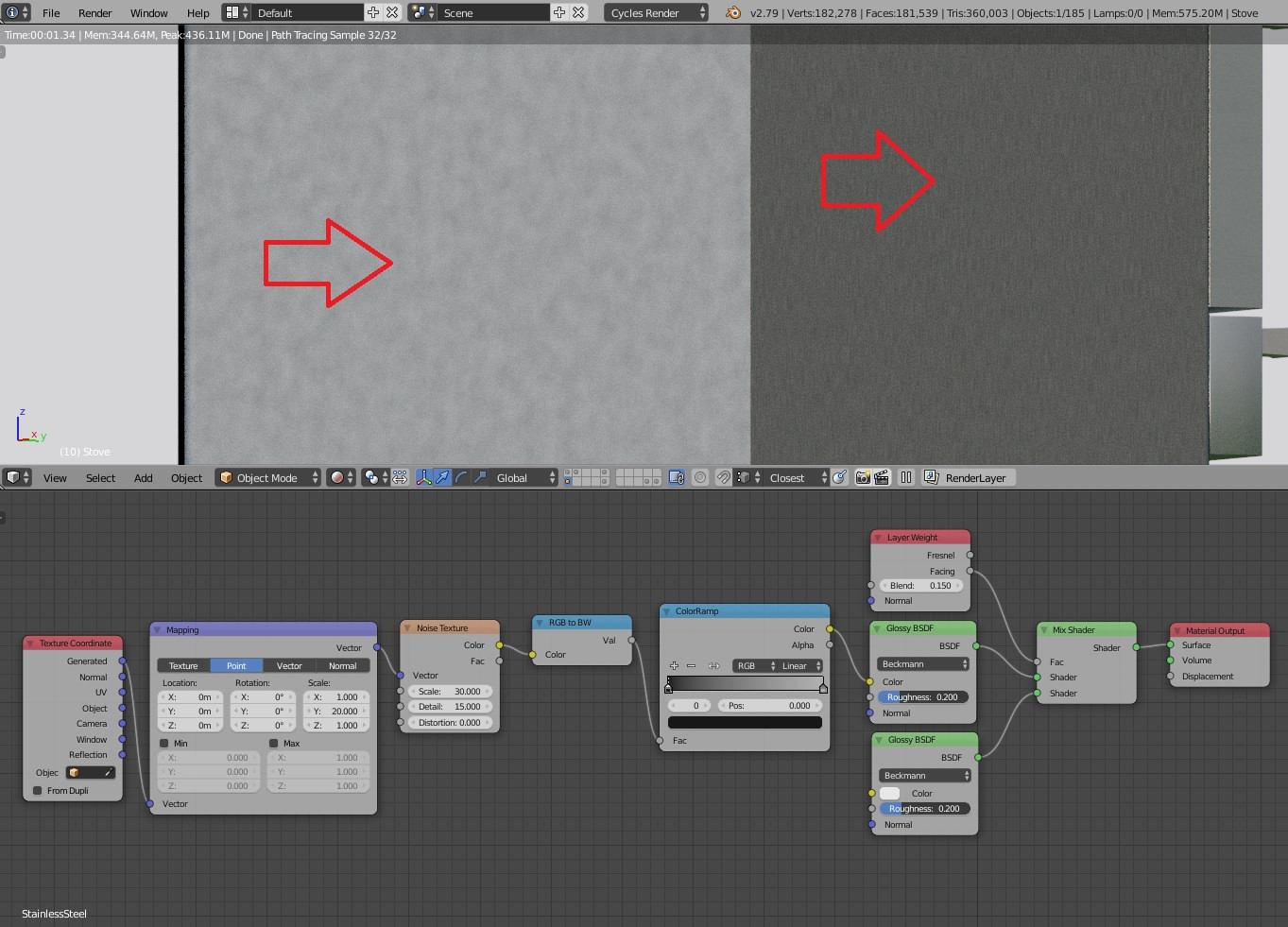 You are using a Mapping node to stretch out or compress the noise to produce a 'brushed steel' effect. Here's a simplified material for demonstration (removing unnecessary nodes while retaining the stretched mapping) : 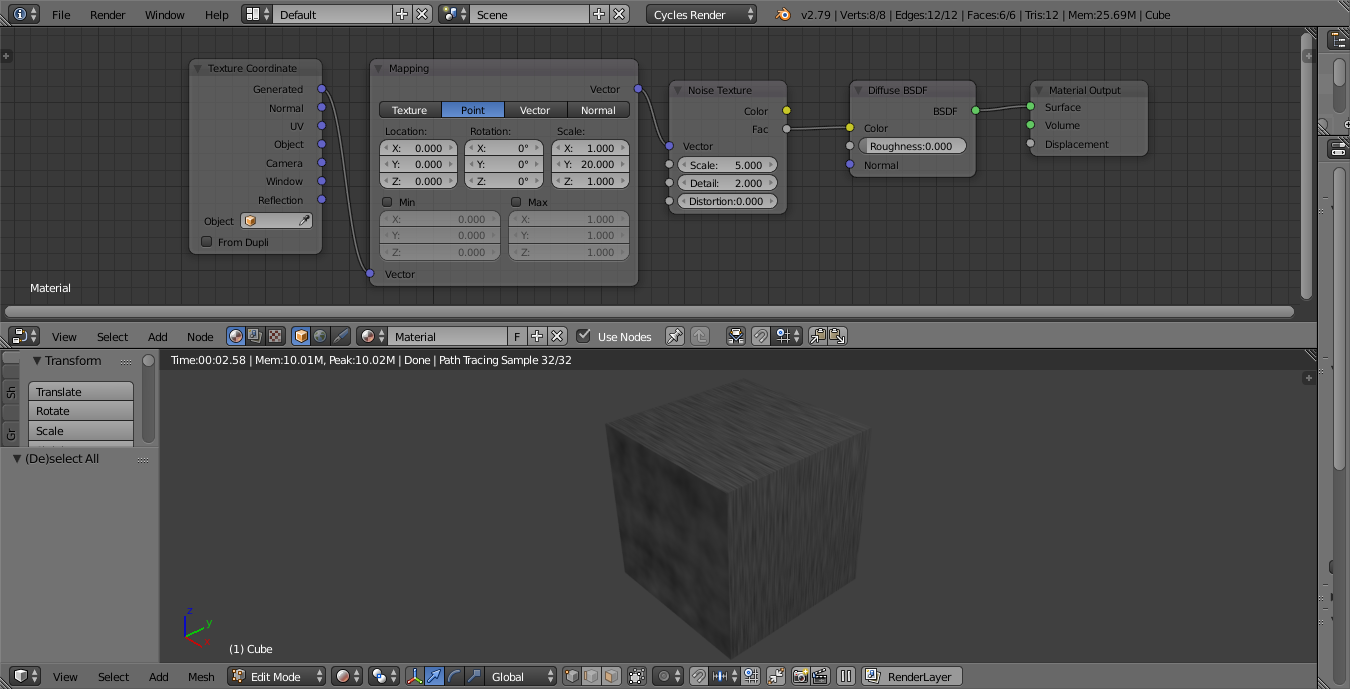 The Mapping is compressing the noise in the Y-axis so as to produce a 'brushed' effect. This works on some of the faces but not others (note the top and side looking 'brushed' but the 'front' just showing undistorted noise).

This is due to the mapping only affecting the Y axis. Since the 'front' face is aligned with the Y plane it is not affected by the mapping. This is due to Generated coordinates being a '3d' mapping - there is no distinction between faces and the orientation of those faces cannot be controlled individually.

The way to resolve this is to unwrap your model (which you have already done) and you should be using UV coordinates (instead of Generated) as follows : 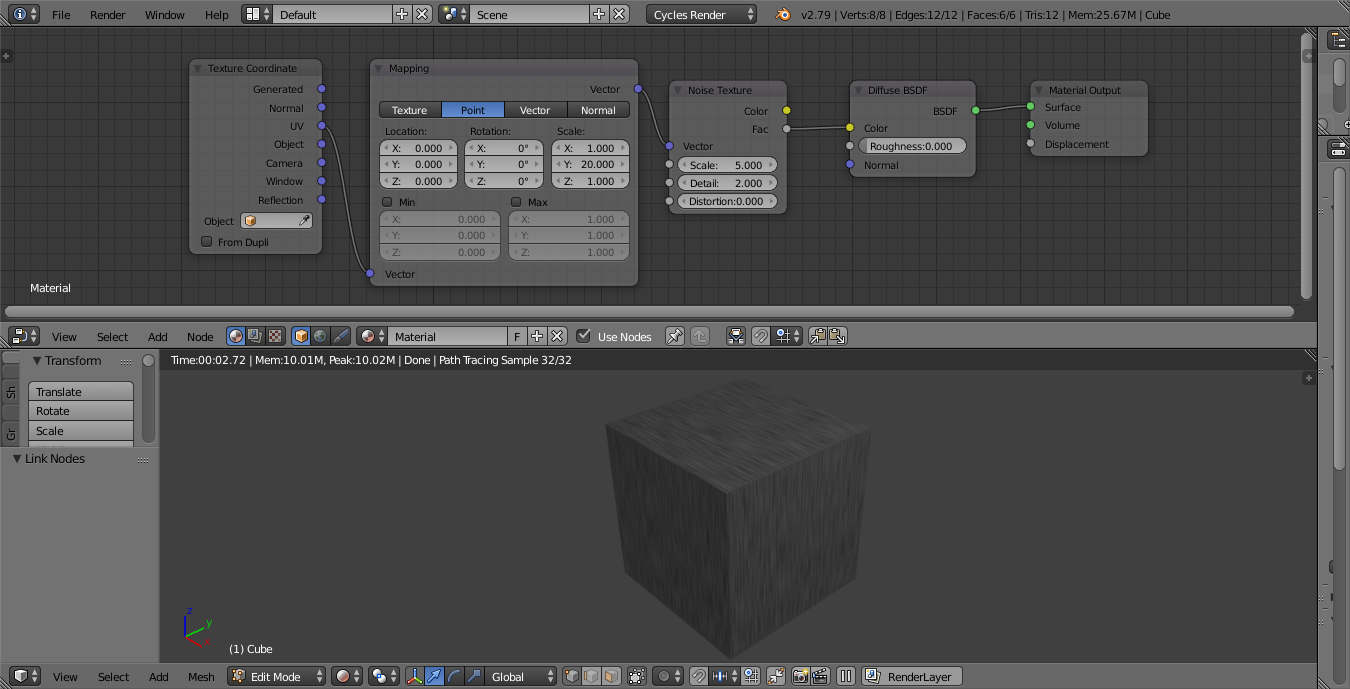 Using UV coordinates you can adjust the 'direction' of the brushing on each face by changing the UV map to reorientate each face as desired.

Not the answer you're looking for? Browse other questions tagged cycles texturing uv nodes procedural or ask your own question.

3
UV Mapped a cube for a skybox, seams showing
1
UVs shown when faces of another material selected
0
Textures changing in render but not in 3D View
0
Rendering only affecting some faces
1
Is it common/good practice to scale down faces in the UV Editor to fit into 1 pixel to have a normal diffuse?
0
UV Unwrapped Blender texture image is either rotated or stretched, cannot get it to be straight and not stretched
1
Trying to Bake Texture But it's Black