UV Unwrapped Blender texture image is either rotated or stretched, cannot get it to be straight and not stretched

I am completely new to Blender. I am making a photo frame in Blender 2.65, and I used a plane to be the 'photo' in the frame, and added a texture to it using a real photo. When I did this directly using materials, it was fine and even rendered (I saw some tutorials say that until you UV unwrap it, the material will not show). After I UV Unwrapped it, some problems occurred. I am using Cycles render.

If I then manually rotate my plane in object mode so the, I have to resize it, because the frame is supposed to be in landscape orientation. After I resize the plane, the projected image/texture is stretched once again.

I've tried all the unwrap options including the project from view bounds, nothing works.

I used the photo of the spheres as it is easier to see the stretched result. The photo is square but my goal is to get the frame to work like in the real world when paper and camera sensors have different aspect ratios: either the photo has to be cropped to fill the frame, or there are borders around the photo if you don't want cropping at all. So ultimately, I'd like to be able to use any image as a texture for the plane, and have the plane render the image in the plane's aspect ratio, not the image's aspect ratio.

You can see the file here. I'd also appreciate it if someone can add 'stretched' and 'rotated' textures as a tag for me.

You still don't have a plane there (from the problem of your last question). At the top you can see, there are 8 vertices and 5 faces.

delete the vertices that are only connected to the side walls of your cube. then normal unwrapping works just fine. 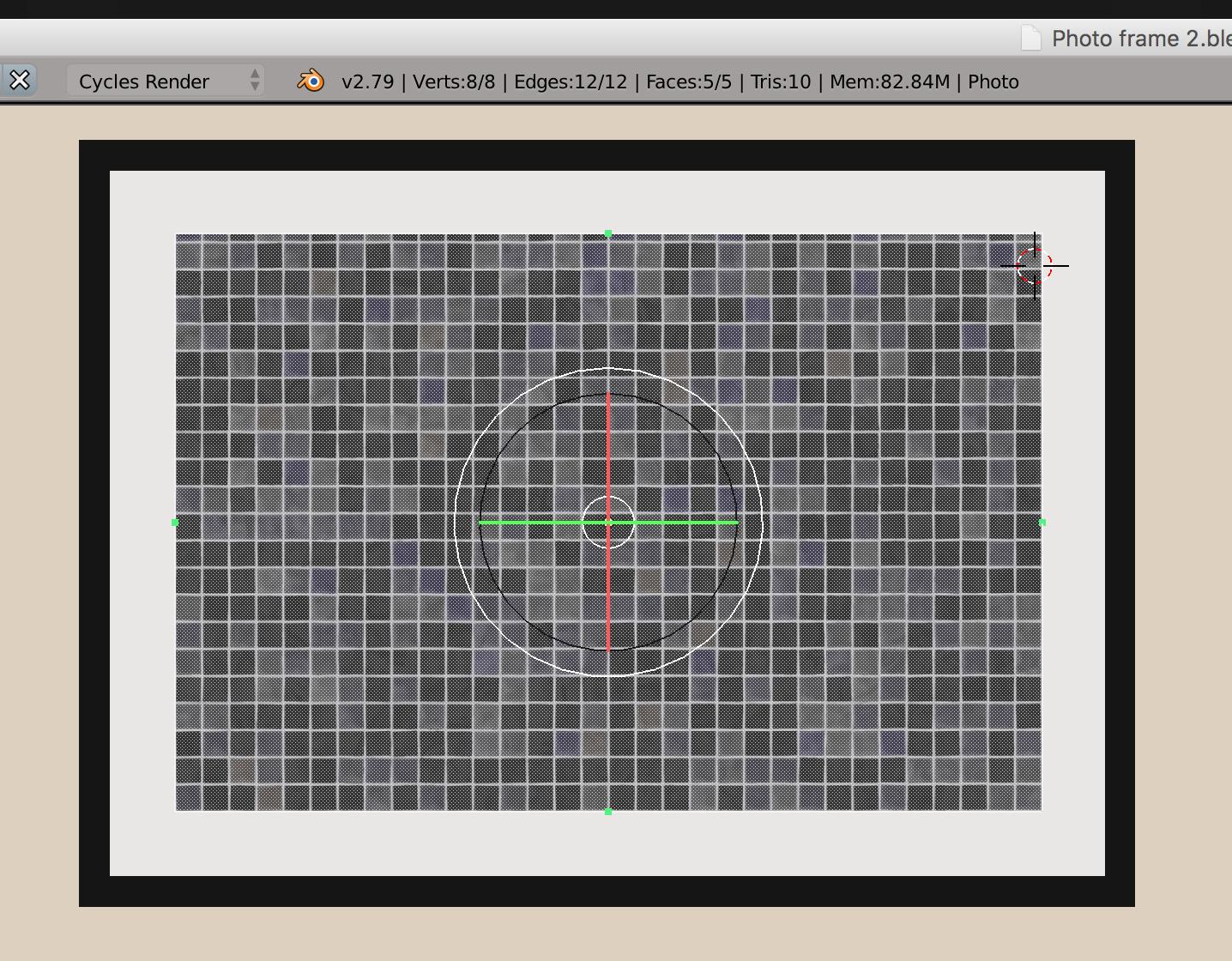 Not the answer you're looking for? Browse other questions tagged texturing uv image transform-orientation or ask your own question.

5
How do I include photos in blender?
5
How to map an Image on a plane manually?
0
How can i bake a texture for a large plane on which I've used a seamless texture
0
Applying high quality textures to a UV Map
0
How to UV unwarp and keep the original face proportion?
2
How do you re-unwrap an object and have it be the same scale?
4
Unwrapping doesn't follow UV editor
1
Texture aspect ratio independant of scene aspect ratio