Texture assigned to more than one object renders differently

I've been looking at this question - copy the size and scale a texture is mapped by, from one object to another - but concluded it's not the problem. The question deals with UV map disparities relating to scale and origin. I believe my problem is different?

I've tried assigning the material this way too: Adding textures to more than one object to no avail.

I have two cubes, one created by duplicating the other and scaling. Both have the same material assigned. The first cube had the material assigned when I duplicated it. I have unwrapped each using Unwrap > Project from view

I've explored whether it's a lighting issue - though essentially by deleting any previously set-up lights and adding some fresh default ones.

Images below - the stand with the vases on it should be the exact same texture as the wall behind. 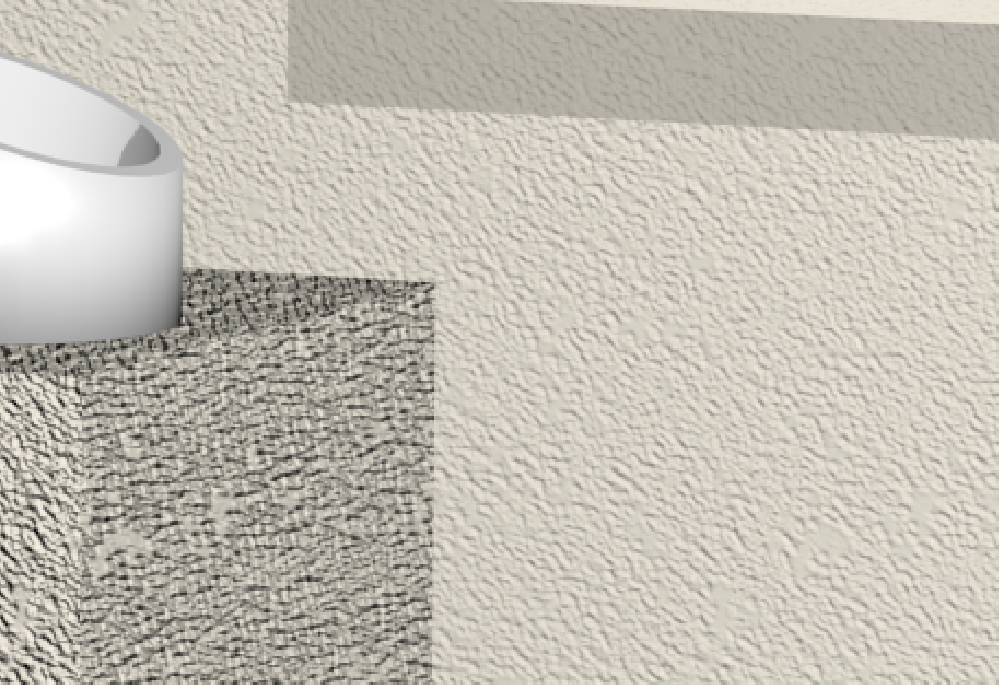 The object which has another appearence of the texture was scaled in Object mode, while its UV map was left as it was from the original one. Apply the transforms, redo (or change) the UV map and the texture will act in the same way on both objects.

What happens when duplicating unwrapped object

The difference consists in that the duplicate was scaled in Object mode, and most likely was scaled non-uniformly (e.g. by Z axis more than by X). These transforms weren't applied to the object data. Hence the mesh was different from one unfolded in the UV map, and that's where the difference came from.

Generally, if you scale by one axis in Edit mode, you'll get non-unform texture distribution too. However you will be able to change that by unwrapping once more.

For details about the possible cases when you need applying transforms refer to Why is it important to apply transformation to an objects data?

Not the answer you're looking for? Browse other questions tagged texturing blender-internal-render-engine or ask your own question.

54
Why is it important to apply transformation to an objects data?
24
Why do the measurements of this object seem erroneous?
2
Adding materials to more than one object
3
copy the size and scale a texture is mapped by, from one object to another

0
Odd Bump/Normal Map behavior with Texture Nodes - Blender Internal
5
Texture not visible in material preview
3
copy the size and scale a texture is mapped by, from one object to another
3
Copy UV scale within one object
1
How can I add a second texture apart from the one I'm using with displacement modifier?
1
Why won't my eye texture mirror?
1
Why can only one texture display correctly on my model?