Why Alt C before Ctrl J?

I am doing this tutorial. After creating this large building (consisting of several meshes) in part 1 CG Geek is now joining all these meshes to one object. This is done in the first five minutes of the tutorial. But before he joines those meshes he does AltC. I don't understand why he first does the AltC and then joines the meshes

I'm not entirely sure, but I can say 2 possibilities from top of my head.

One, there are curves somewhere in this model. They cannot be joined to the mesh as-is. So he converts them.

Another one, which I probably see somewhere around 6:00, is that he wants to apply his array and mirror modifiers, but cannot, because modifiers cannot be applied to multi-user mesh (if you try clicking "Apply" it will give a warning). But the trick with Alt+C -> "to mesh" does it by applying this modifier to mesh data. Note that all the objects having this data will now look different, so pay attention to all of them. I have a feeling that it was made as a safety measure, so you would not accidentally ruin all the objects having the same data by applying a modifier to one of them (because objects may have the same mesh data and different modifiers).

I have a cube in the center, called cube_1. I have created the one on the left by duplicating it with alt+D (it's cube_2), and the one on the right with Ctrl+D (cube_3). If you take a look at Object Data tab, you can see that cube_1 and cube_2 have the same mesh data called "Cube", while cube_3 has a different one, called "Cube.001". Also, notice a "2" near "Cube"? That means that this mesh data has two users, which are objects cube_1 and cube_2.

When you try modifying cube_1 or cube_2 in Edit mode, they will both get modified, because you change their shared mesh data. Obviously, cube_3 has a separate mesh data "Cube.001", and modifying it will not affect two other cubes.

Now, let's focus on the first two cubes sharing the mesh data. I'll add array modifier to one of them an bevel modifier to another.

One thing to note is that a modifier, while it stays in the modifier stack, does not change the mesh data. So, even though these objects look different because of modifiers, they still have the same mesh data. If you go to edit mode, you will see the same simple cube as it was. 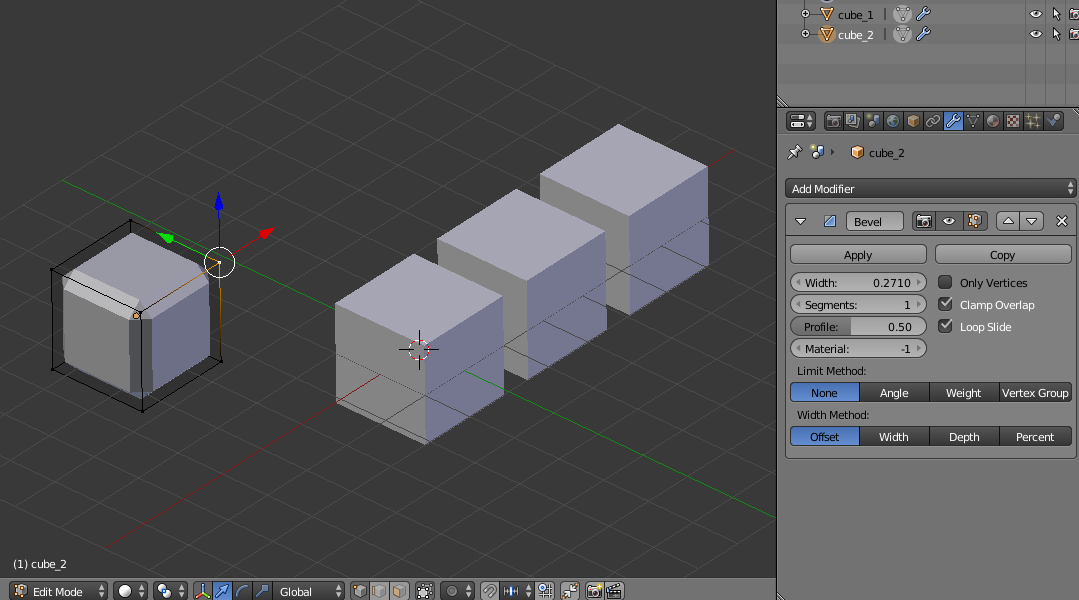 Now, if you try to apply a modifier by clicking "Apply" button (in Object mode, Blender disallows applying modifiers in Edit mode), it gives a warning that it cannot be applied to multi-user data. When you click the "Apply" button, you basically tell Blender to make what you see as a result of a modifier into an actual mesh data. But this same mesh data is shared by another object, and this would cause it to immediately change its shape too, depending on the modifier you applied. This could be dangerous, because it may change other objects with the same mesh data unexpectedly and ruin your scene. So, Blender avoids doing that to multi-user data.

Alt+C is more like a dirty workaround to me. It forces all the modifiers on the selected object to be applied, regardless of mesh data being shared by others. Here I did it to the left cube. 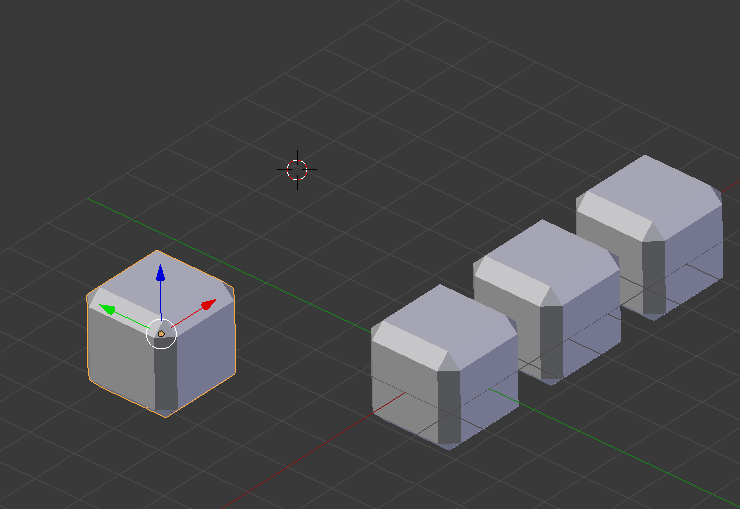 See that the right one with array modifier changed shape? That is because the mesh data is different now, as shown here: 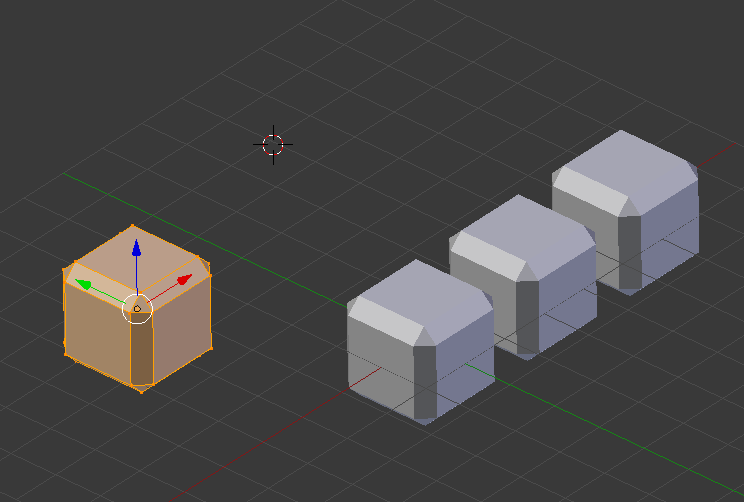 He is converting to a mesh from a curve I would happen to guess. If you go back He uses Alt-c at 2:35. I haven't watched the whole tutorial though so re watch that bit if you are not sure.

I use this command when I make a rope or something like that from a curve modifier.

53
How to Make Multi User Objects Single User?
35
Is it possible to apply modifiers to multiple objects at once?