How can I make an object invisible when I render in Cycles?

Using the Cycles Render Engine How can I make an object invisible when I render?

These are some of the options to make an object not render in Cycles.

To make the object invisible/unrenderable

To make the object invisible to camera but keep the shadows and interaction with other objects (reflections, etc)

To make the object transparent as alpha channel:

For the last three options the Transparent Background option has to be enabled: 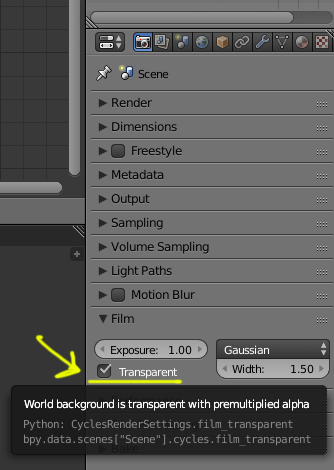 8
How to make transparent material in cycles?
5
Making an Invisible Material in the Cycles render engine
4
How to render with alpha-channel defined by object form?
2
Culling Objects Using a Culling Object
1
Can I make an object invisible in Cycles without letting the camera see what is behind it?
2
How to prevent things from out of sight rendering
0
hiding objects from render while keeping their reflections
0
Is there a way to render an object invisible but still have it block view?
0
Questions About Smoke?
0
Masking objects so that they appear behind elements on video
See more linked questions

2
Can the blender game engine render diffuse material nodes?
38
How to make a cycles light emisson object invisible to the camera?
0
Invisible Object Show Up In Final Render
2
How to make this particular blender material in Cycles
1
How can i make something Invisible if the Light is on?
1
How to reflect\catch light but be invisible on render?
1
How to make material semi-transparent in Cycles?
0
Using the cycles experimental render engine, how do I use textures in nodes to create actual mesh geometry and not just bump?