Components of animation flicker and disappear/reappear

I am having an issue with a rendered animation not showing all the parts of all the components. Some parts of some of the objects flicker in and out of existence. The animation video can be found here: http://youtu.be/R0ohe7N5rmQ I have made this with 2.71 and cycles. How do I stop the flickering issue? The blend file can be downloaded here: http://www.pasteall.org/blend/32356

I have made an animation of objects (carbon nanotubes) being ejected from a tube. I want to the tubes to land on the substrate through shadow mask, and stick there. Then I pull of the mask to reveal some rectangular collections of tubes.

Any help would be much appreciated!

Edit: Removed second question: "Also, if anyone has a good idea of how to speed up the animation, especially concerning the treatment of the particle object."

EDIT 2: The expanded camera limits did not fix my problem, as I have now figured out. I have changed the animation around a bit with the new blend file here: http://www.pasteall.org/blend/32448 For example, in frame 100, if I have the "emission circle" visible in the render, I can see only half of some of my other objects and some of the objects disappear completely. If I turn off the visibility of the "emission circle" I can see those objects again. I tried reducing the number of particles being emitted. I show here two screenshots with and without the particle emitting object visible. Doe anyone have a recommendation? 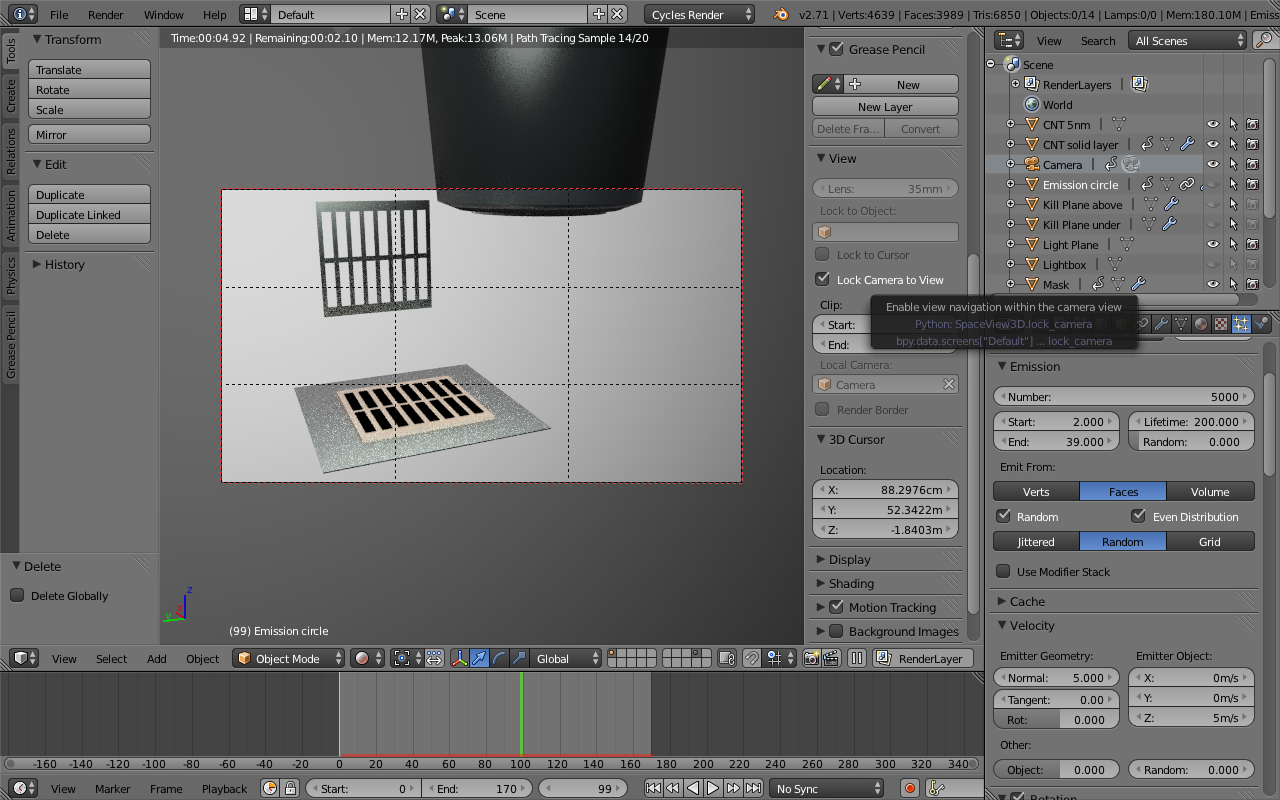 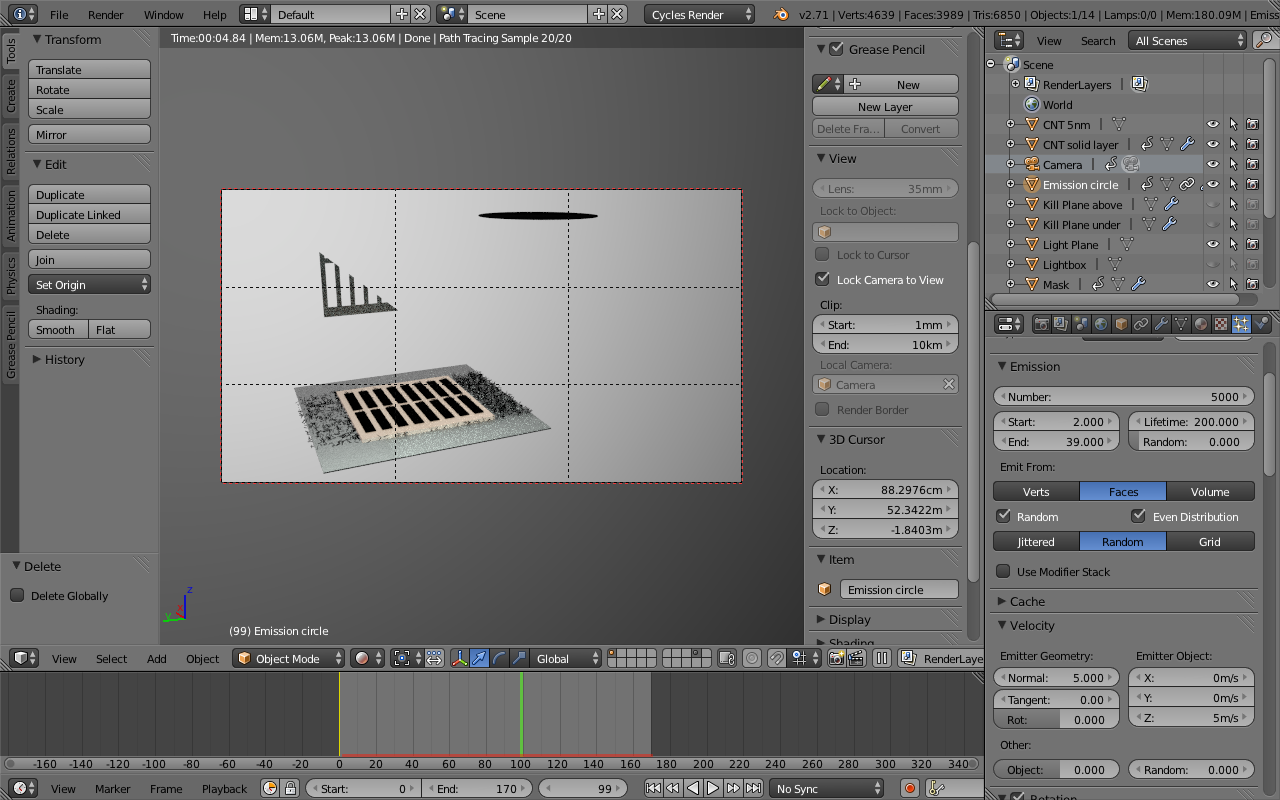 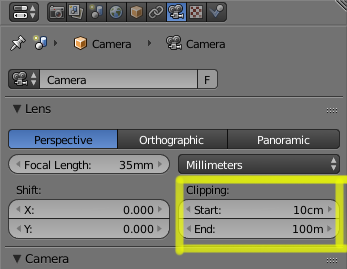 Not the answer you're looking for? Browse other questions tagged rendering cycles-render-engine animation or ask your own question.

6
How to change the camera used for render?
2
Why are some items not showing up in my rendered animation?
1
Only Emission shader is reflecting off glass, objects with Diffuse show up as black
1
How to offset root position of an animation?
6
Can't flip pose properly
3
Scene renders black with ambient occlusion turned off in cycles
2
Boolean object won't disappear in render