Only Emission shader is reflecting off glass, objects with Diffuse show up as black

So even though I am not planning on using a Glass shader for the ground, I noticed that only objects that have Emission shaders attached are reflecting off the ground even though the Diffuse lit objects have the same level of brightness.

Basically everything that has a Diffuse shader shows up completely black. I've outlined these areas in the image that I've attached.

It does seem somewhat logical that an emission shader would show up brighter in reflections but since the brightness is the same as the Diffuse lit objects it also seems very strange.

So is there a way to get the Diffuse lit objects to show up in reflections just as the Emission lit objects do? 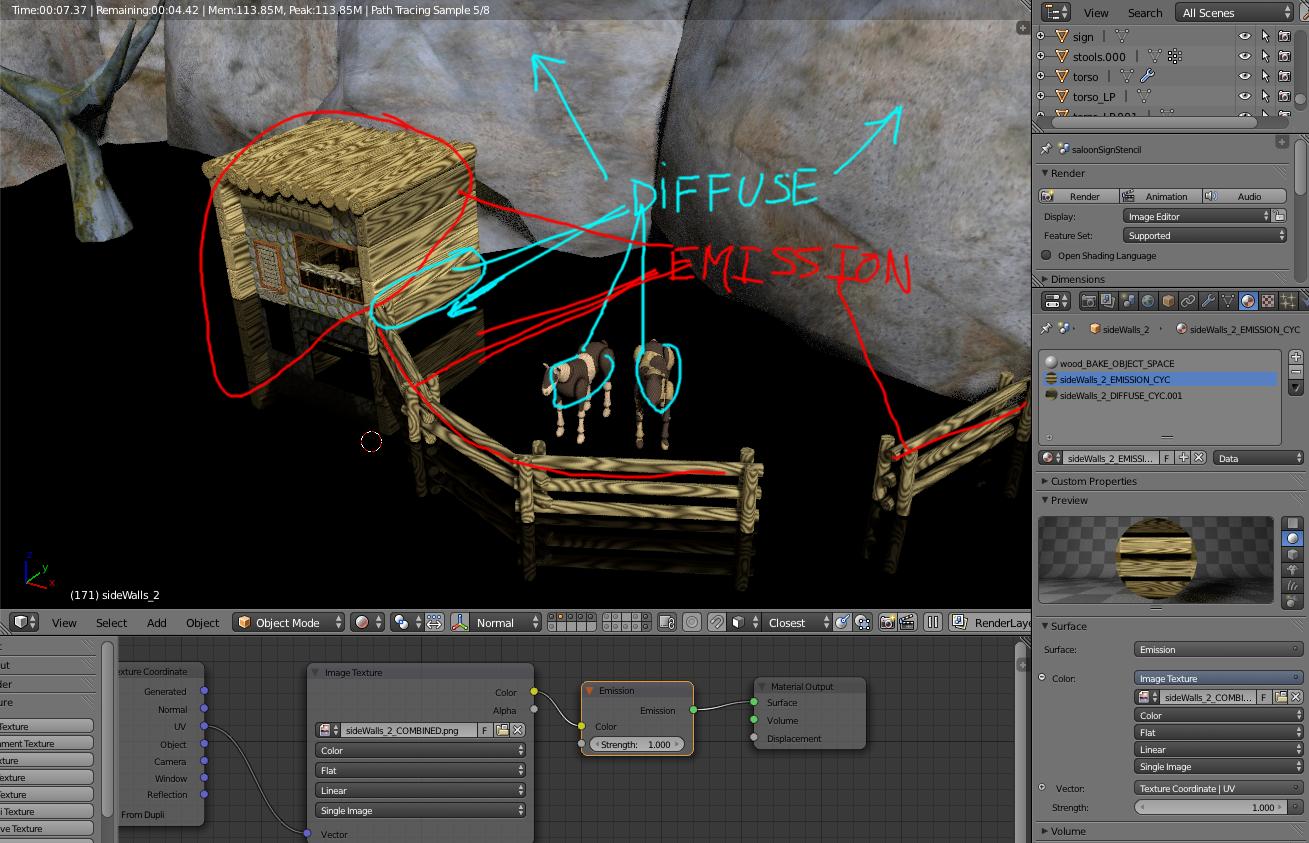 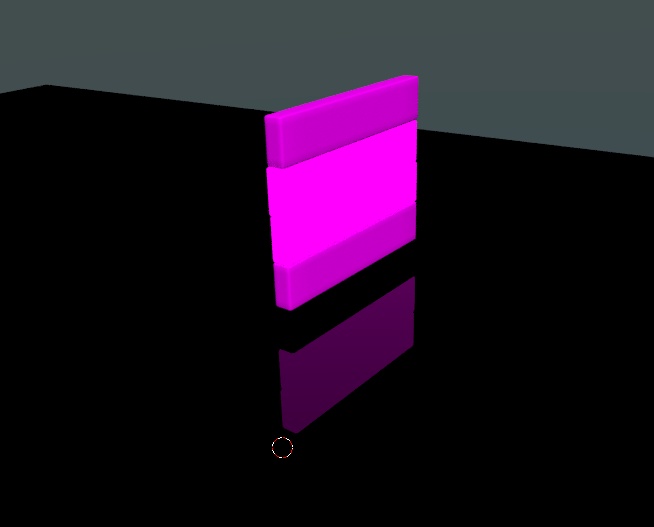 I've checked the Ray Visibility and everything is activated.

After checking your .blend, it appears this is because you have your bounces turned way down in Render settings > Light paths.

Increase the maximum allowed glossy bounces a bit (at least 1), and it works as expected: 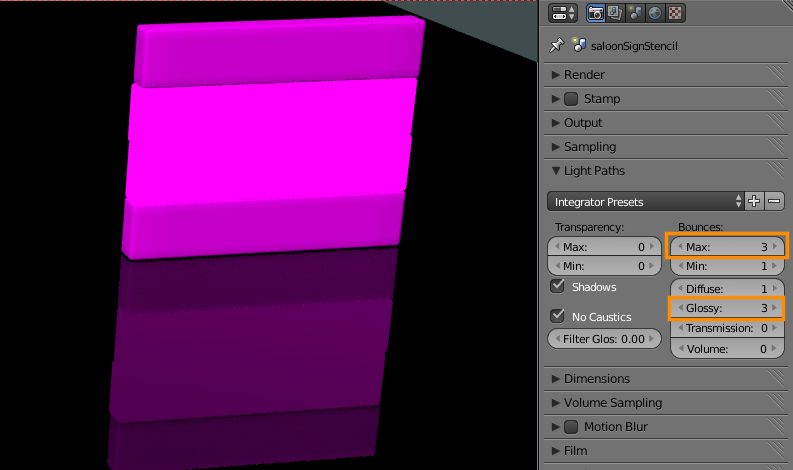 If it is ray visibility as GiantCowFilms suggested, I would think it's more likely to be disabled Glossy rays on the diffuse objects.

Because of the backwards nature of the way cycles traces rays, reflections on an object aren't directly influenced by that objects ray visibility. 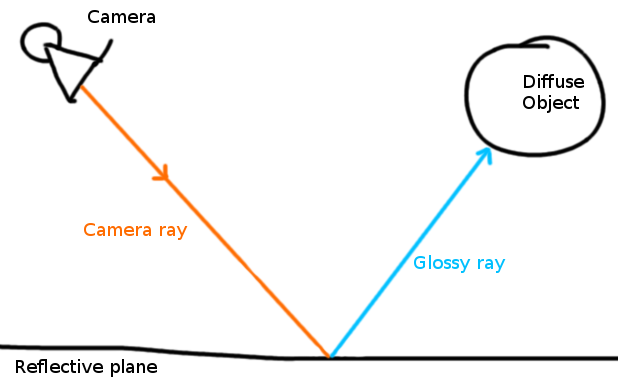 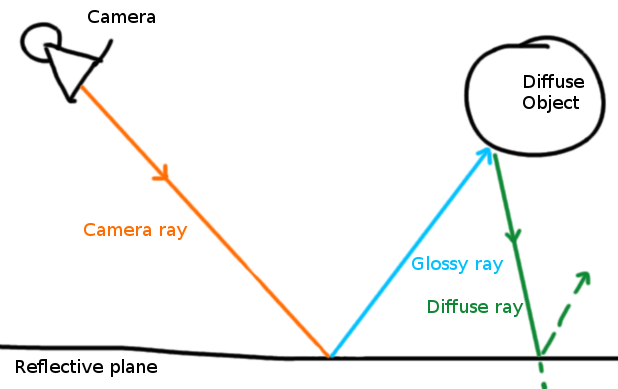 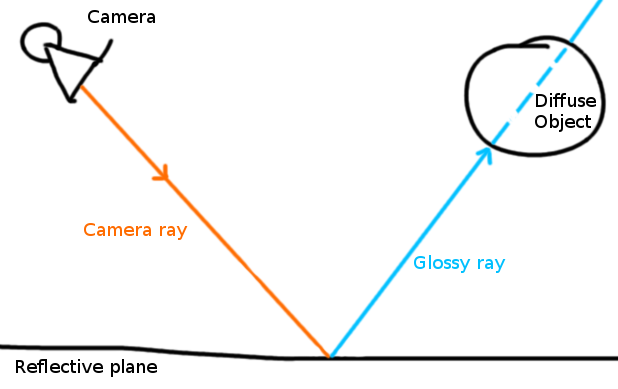 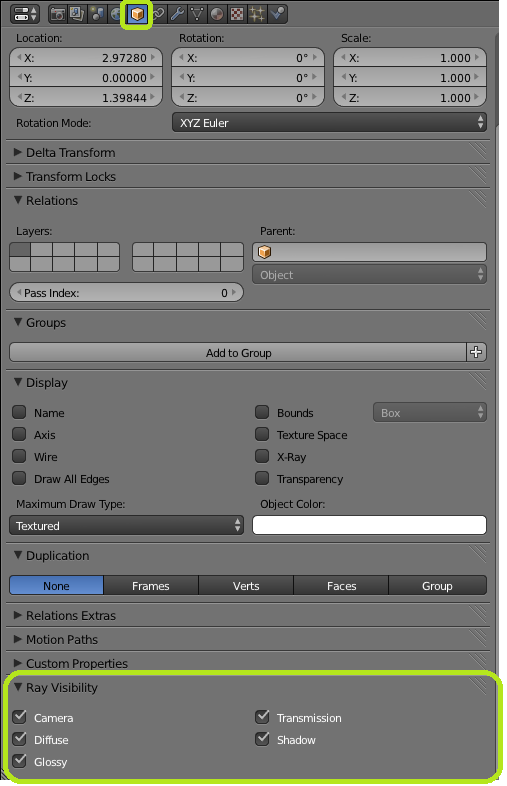 If they don't, change them.

Also note that a Light path node could be the culprit as well.

84
How is Cycles different from Blender Internal?