How to drive shape keys based on the angle between two bones?

My character rig needs shape key correctives when it makes certain poses (eg. lifting the arms, the shoulders need to be corrected with a shape key so they don't lose volume).

I know you use a driver for that, but the way I find it in books and tutorials is to use a "Rotational Difference" driver between two bones (like between an arm bone and a reference bone pointing in the direction that should activate the shape key, so the driver is 1.0 - rotDifference), and use that driver on the shape key. Like this: 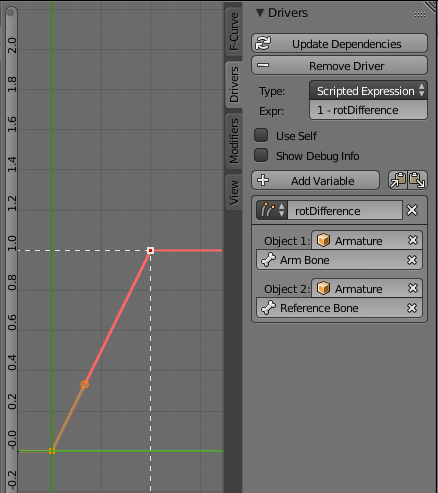 The problem is that this driver doesn't work well for this, because when the bones roll around their aim vectors (without changing their actual directions), it still triggers the shape key:

How else can I activate shape key correctives based on the rotation between two bones (and only their directions)?

For an ultra-fast driver for corrective shape keys based on the angle between two bones, you can use this one: 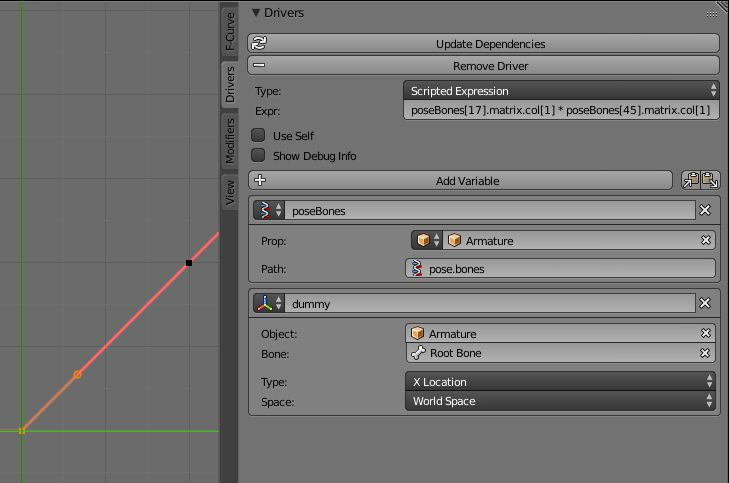 The driver type is Scripted Expression, with this line (depending on your Blender version):

This expression uses the dot product of the bones' aim vectors, a mechanism known as a "pose reader", used with pose space deformation (PSD).
As the bones rotate during animation or posing, the driver will output a value in the range [-1, +1], going from -1 when the bones point in opposite directions, up to 0 when they become perpendicular, up to +1 when they point in the same direction.

Replace A and B in that expression with the indices of the two bones involved. The indices are from the bones list of the armature, and the only way to find them is by using Python. But it's simple:

Instead of "My Bone", use the name of the bone whose index you want to find, then press Enter to see the result. Do this once for each bone so you'll have two numbers, like 12 and 103 for example. Put them in the expression (in any order), inside the poseBones brackets:

Next, the other driver variables are:

Your driver is ready to be used, with no roll changes or sudden flips.

Not the answer you're looking for? Browse other questions tagged rigging drivers shape-keys or ask your own question.

2
Bone Driver Update Fails
1
Driven shape key on multiple bone poses?
3
How do I match the range of a distance driver to the value range of a key shape?
5
Drive shape key based on relative camera orientation?
4
How to rig an IK leg with 2 knee joints
0
One shape key, multiple bones driving it
0
Mesh shrinking and expanding between shape keys