Is it bad to stretch/rotate your quads?

I am currently learning how to model (fresh noobie here). To do this I am undergoing a project that is way over my head: Modelling a female body (I removed all nudity from images in this post).

I making progress; however, I have noticed one major difference between my model and an incomplete model from an cancelled tutorial. (Unfortunately I only learned it was cancelled several hours into it XD).

If we look at the most up to date version of the model from the tutorial, you can a lot of squares that seem to avoid rotating or stretching. They are, for the most part, all in similar size and aligned rather straightly on the various axises. There are exception of course for the more unique areas, like the shoulders. 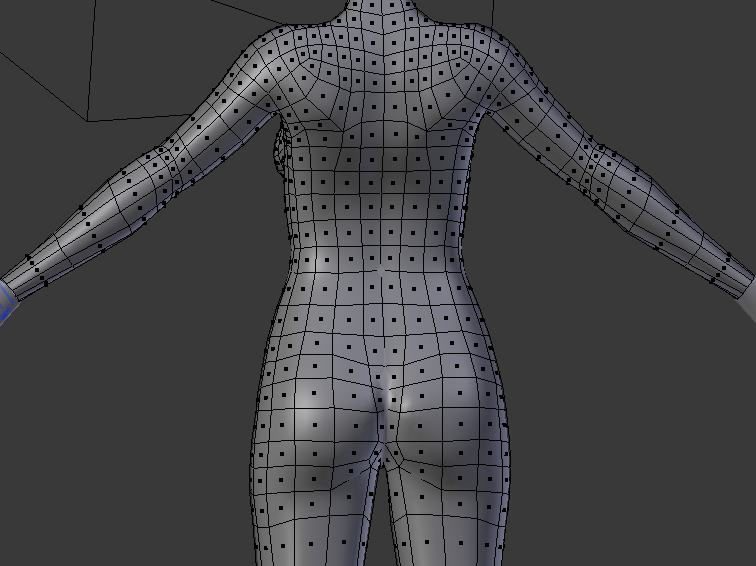 Now if we look at my model... I ended using a lot more curving and rotated my quads. I don't really have similar sized quads throughout the entire model and a lot of them rotate a fair ways which dis-aligns them with the various axises. While my model is still incomplete, I felt like that area was pretty close to completion.

I ended doing this because I felt like it followed a better flow with the female body. In the particular area of my screenshot I thought it goes better to define the bones at the top of the waists. See the screenshot at the bottom for a visual reference.

Is there a particular reason why the modeler from the tutorial might want to emphasize on the similar sized quads and not rotating the quads as much? Or is it just an individual modeler's preference?

Is there any "bad practice" views on how I've been making my model?

I am NOT looking for opinion/preference based views. I am looking for answers that are backed up by generally accepted "good practices" and "bad practices".

Faces are generally shaded better if the quads are less distorted. They are also better for subsurf and animation. Best practise would be avoiding distortion (parallelogram shape) but not rotation.

Take a look at "face topology". I find it very helpful to get an idea how to approximate a surface with quads best as possible.