In doing this tutorial I am "progressed" to modelling the front of the iphone. And again I have some bad areas in my mesh. I did succeed to solve some of those bad areas but have still some issues left. Who can help me with solving those issues ? 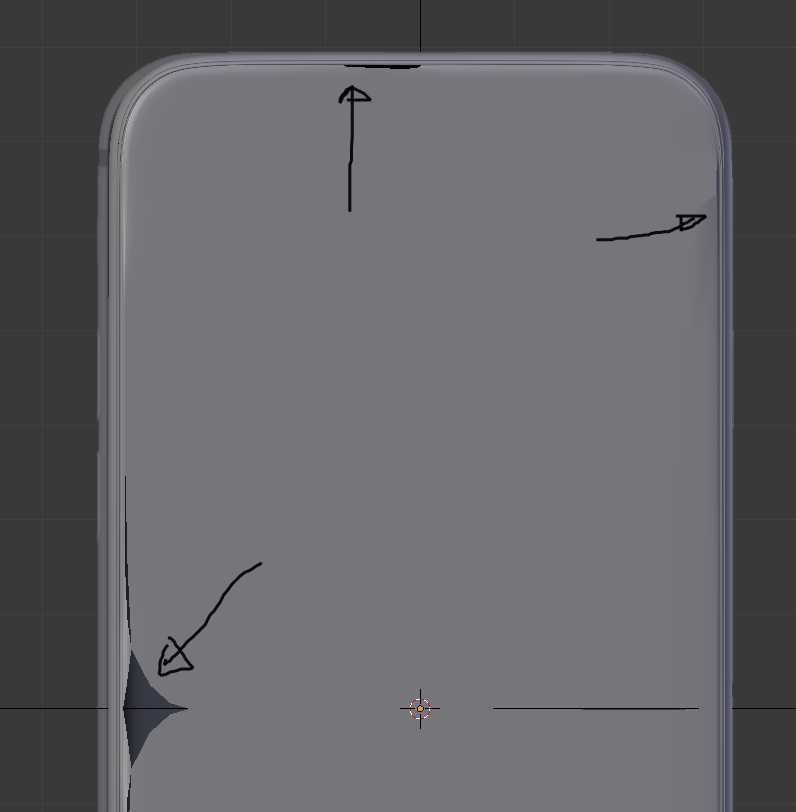 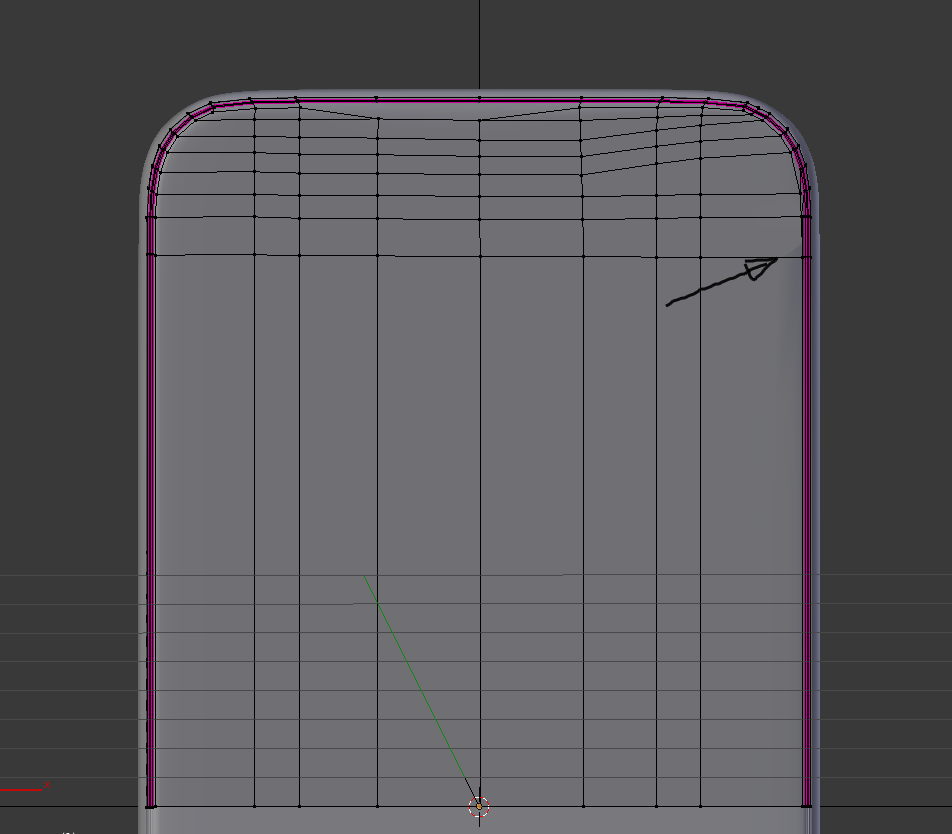 All of your issues are the result of the same problem: the subsurf modifier will give you unpredictable, and mostly ugly, results when using ngons (polygons with more than 4 vertices).

1 Delete this Ngon and reconnect the vertices forming quads.

4 You have vertices that are going past the axis of symmetry used by the mirror modifier. That's bound to cause you more errors down the line.

3
What is the reason to make quad or triangle faces on a surface?
0
Blender 2.8 repair mesh

1
What is causing sharp creases on subdivided model?
1
How do I remove dark areas from my mesh?
0
Problems after separation part of a mesh
0
is there a better way to smooth/flatten specific areas of a mesh than the tools or modifiers?
0
How do I fix irregular surfaces
1
Is it bad to stretch/rotate your quads?
1
black edges scatter around my imported mesh
0
Subdivision surface - dealing with edge support loops (pinching)
0
Colours of the mesh are gone after I rendered and saved the project