For curved meshes I've often noticed that in my desperation to avoid tris, I tend to extrude the mesh in a way which creates these long rectangular quads: 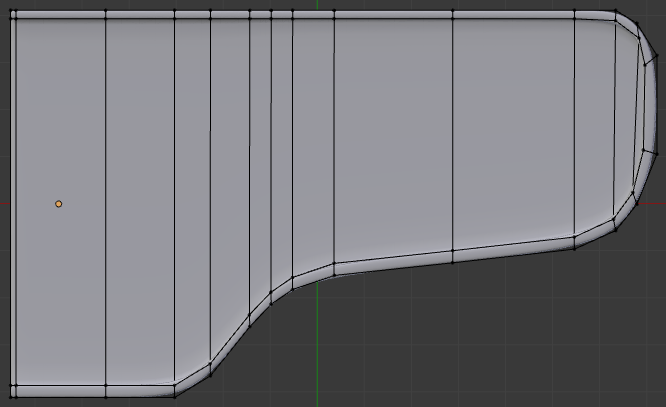 In this case at least, the mesh is all quads, however the edge flow causes loopcutting to be awkward in some places: 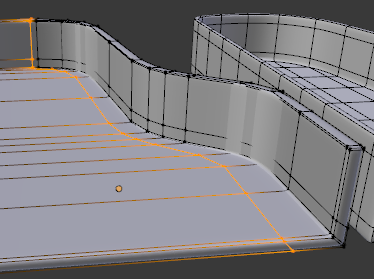 I tried creating the same mesh with more even topology, however I found tris unavoidable. Maybe it was because I was starting with the long-quad mesh, but I also found myself using the knife tool for everything.. 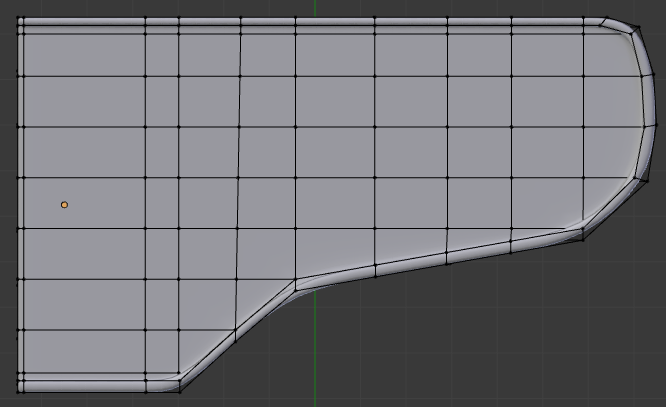 This makes loopcuts less necessary and easier to place in most cases, though the occasional tri does get in the way.

An annoying thing about the tris are the poles, though they aren't too noticeable in this particular case.

Both techniques seems to have their advantages and their disadvantages:

Which is considered "better", if any? Are there any better workflows for creating even topology with as few tris as possible? Or is there some trick I'm missing altogether?

Topology is a weird thing. It can be done a few different ways, and there isn't always a right answer. However, a few rules to keep in mind while modeling:

So, to answer your question, you want an edge loop around the bottom with squarish quads inside: 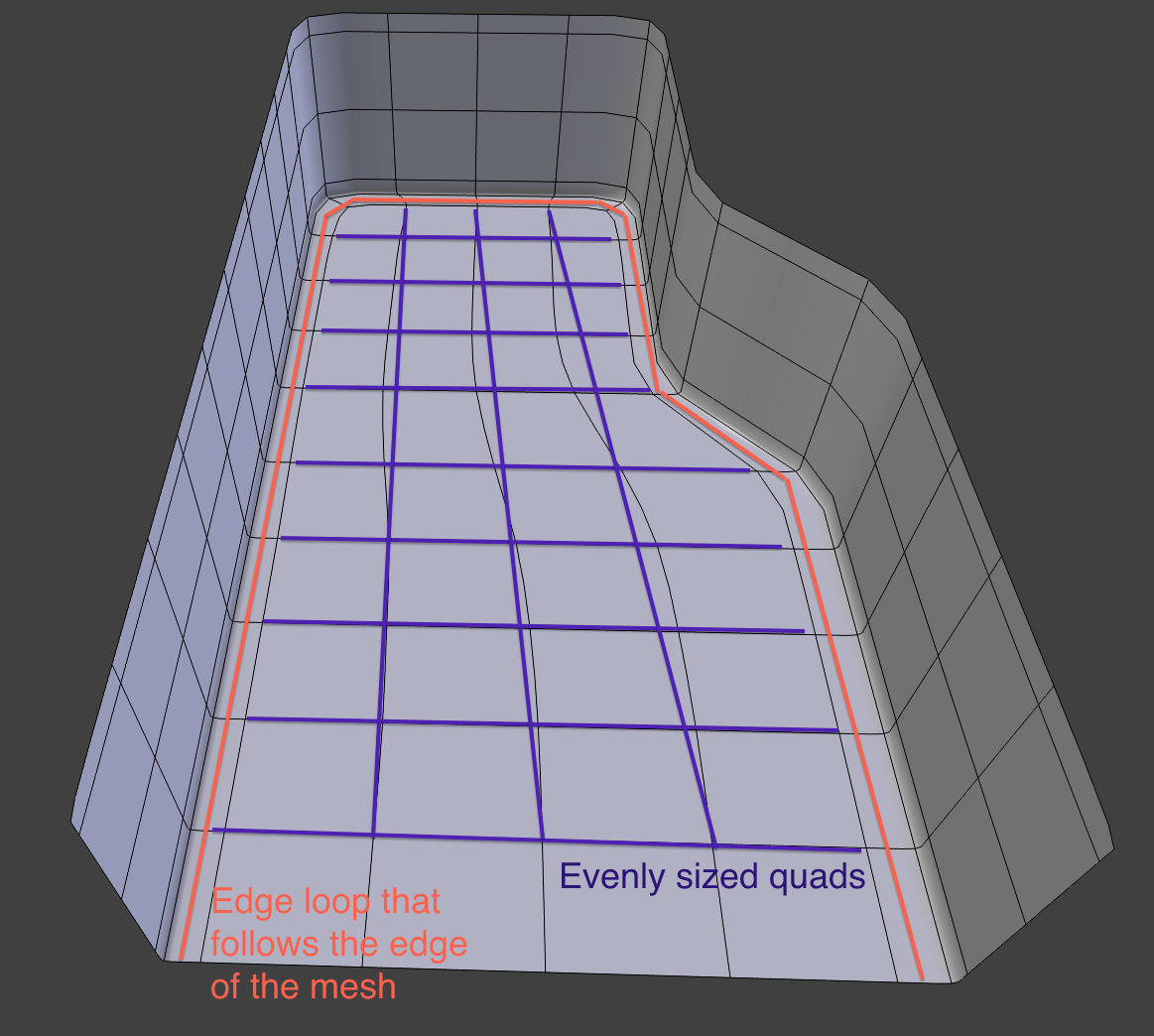 It will be easy to change the shape of your mesh and it will work nicely with the subsurface modifier.

I think you already know this but anyways, for loop-cuts, there is a hidden option that works well with curved and irregular geometry.

Once you've set the loop and it's in slide-mode(yellow), then you can now press the e to enter edge-parallel* mode. This mode has 2 options that can be toggled using the f key.
f will determine which parallel edge the loop becomes aligned with.

Now there is also the SIRE outline tool which I rarely use but when its needed it's the best solution that I know of so I always have it installed. I think it would work well as a starting place for the type of model you posted in your question. 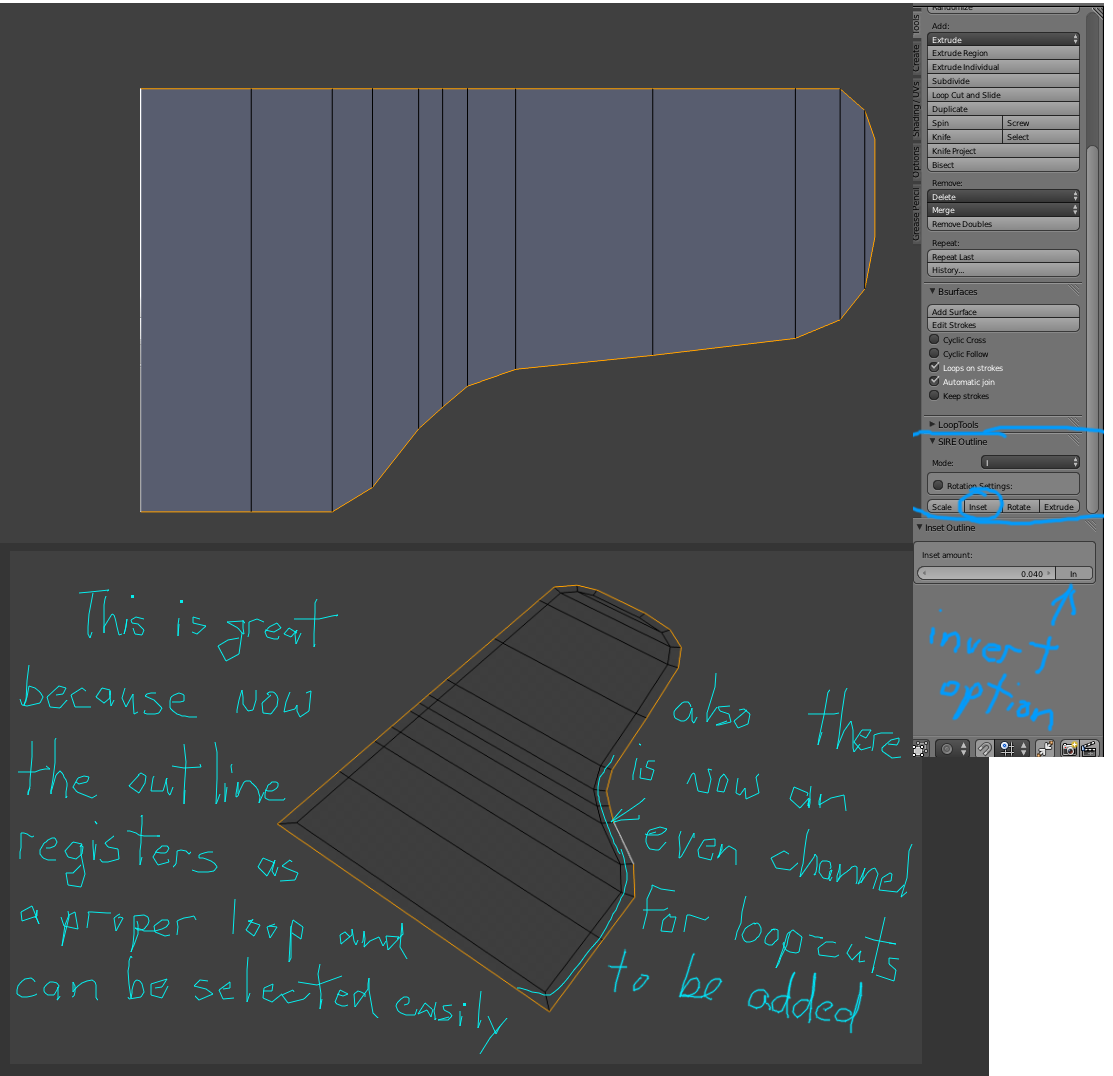 Here's a link to the BlenderArtists thread for this addon package.http://blenderartists.org/forum/showthread.php?179375-Addon-Edge-fillet-and-other-bmesh-tools-Update-Jan-11 You can install just the individual tools that you want instead of the whole package. :)

ps. What CharlesL did looks really good. If adding a displace modifier to that model, the high-frequency detail will show up more evenly than it would for quads that have irregular sides and spacing. The same would be true for multi-res sculpting. 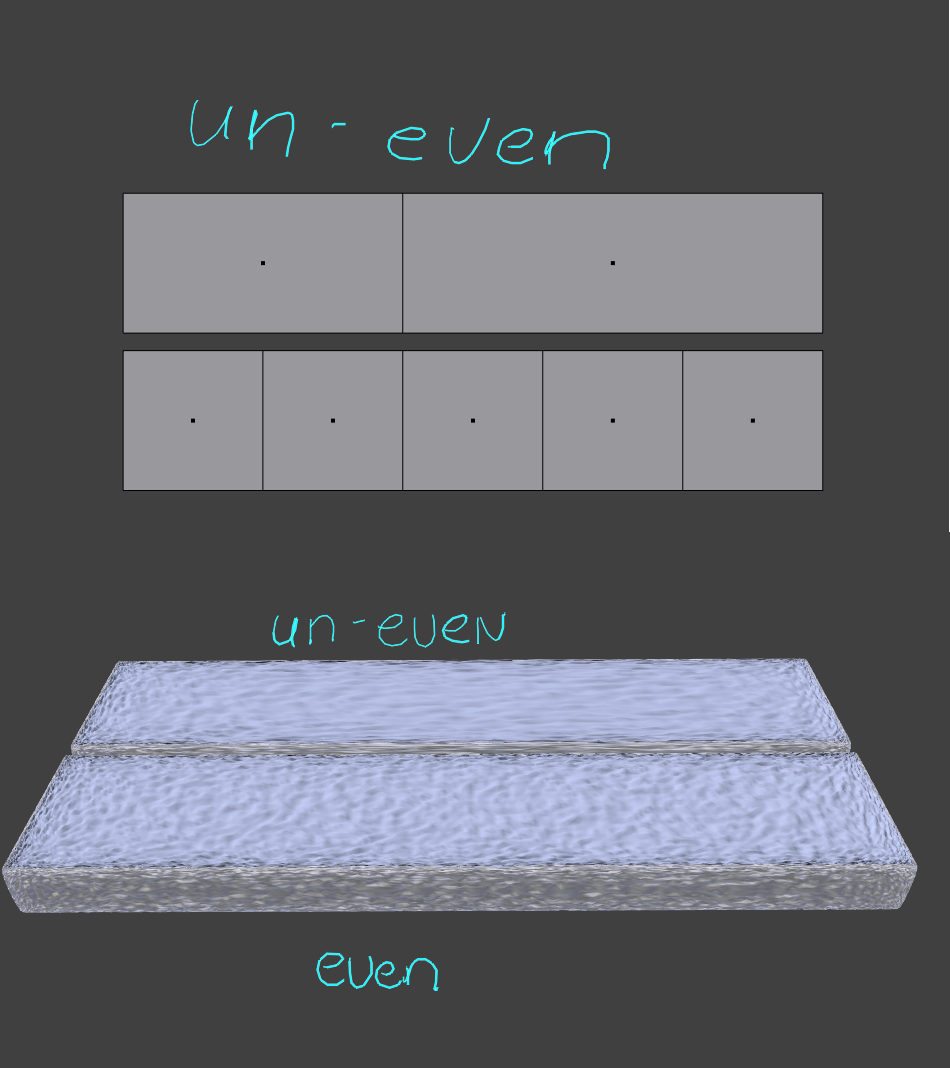 Which method is better will depend, at least in part, on how the mesh is to be used. Since some game engines, especially older ones, convert meshes to tris for rendering, meshes used for creation of game assets on these platforms engines, tris are of rather less concern. On the other hand, preparing meshes for 3D printing seems to be a "tri-phobic" (to invent a term) endeavor.

But each additional vertex in a mesh adds to rendering time, as a general principle, in the absence of any other considerations, the mesh with the largest possible faces, and thus the fewest number of vertices consistent with the desired result, would be better than one with more vertices.

2
Topology correctness for quads
3
Why do you need to have quads?
1
How can I bake textures on uneven goemetry without tearing and stretching

3
quads to tris leaving some quads
5
Tris to Quads using UV map
1
'Tris to Quads' on narrow faces does nothing
1
Rectangular shapes in cylinders with subdivision surface
4
Filling pentagon with quads (combinatorics)
0
Should I restart my character mesh?
0
Tris vs quads in substance painter
2
How do I clean up my mesh topology?