I want to bend a ping-ping racket. 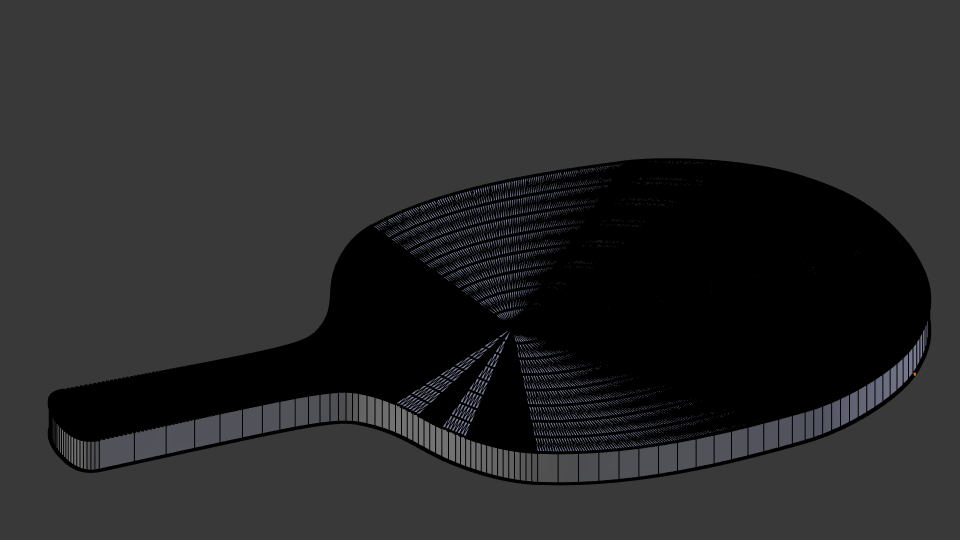 I tried to use a curve modifier and I faced a problem which I think it's solvable only in Python scripting. I hope there is an easier solution without any programming involved.

The curve modifier, to make a smooth bending, requires a lot of cross edge loops. It's easy to get them for Mesh objects like a cube or a cylinder using the tool loop cut and slide. Tutorials about bending, I have found, don't discuss effective ways to doing so for complex objects, created with extruding a bezier curve.

I created a half of the contour of my racked with a bezier curve, mirrored it and extruded. Back and front sides are covered with triangles. I tried to beatify, poke triangulation, etc, but I cannot get faces in form of wide trapezoids automatically.

Subdividing pocked ngon is not good. It enforces to make a lot of triangles I don't need. Such triangulation doesn't give equal distribution. Some places has a lot of faces but others don't.

An idea about limitation of an triangle edge also looks promising, but I wonder why there is no such parameter for the triangulate operation. I would get a lot of small triangles, but at least vertex density of the surface would be homogeneous.

This case is pretty basic modeling stuff, so I will not go deeper in simple details and just show you an overview not to write full blown tutorial here (it's not place for this). If this is your first day you will need to know some starter pack things like:

Everything is here, on Blender Stack Exchange as well as on YouTube or any other place with Blender resources (there is topic with them here too).

I'm trying here some new answer technique, so be gentle. I'll expand this answer as much as OP will need it. 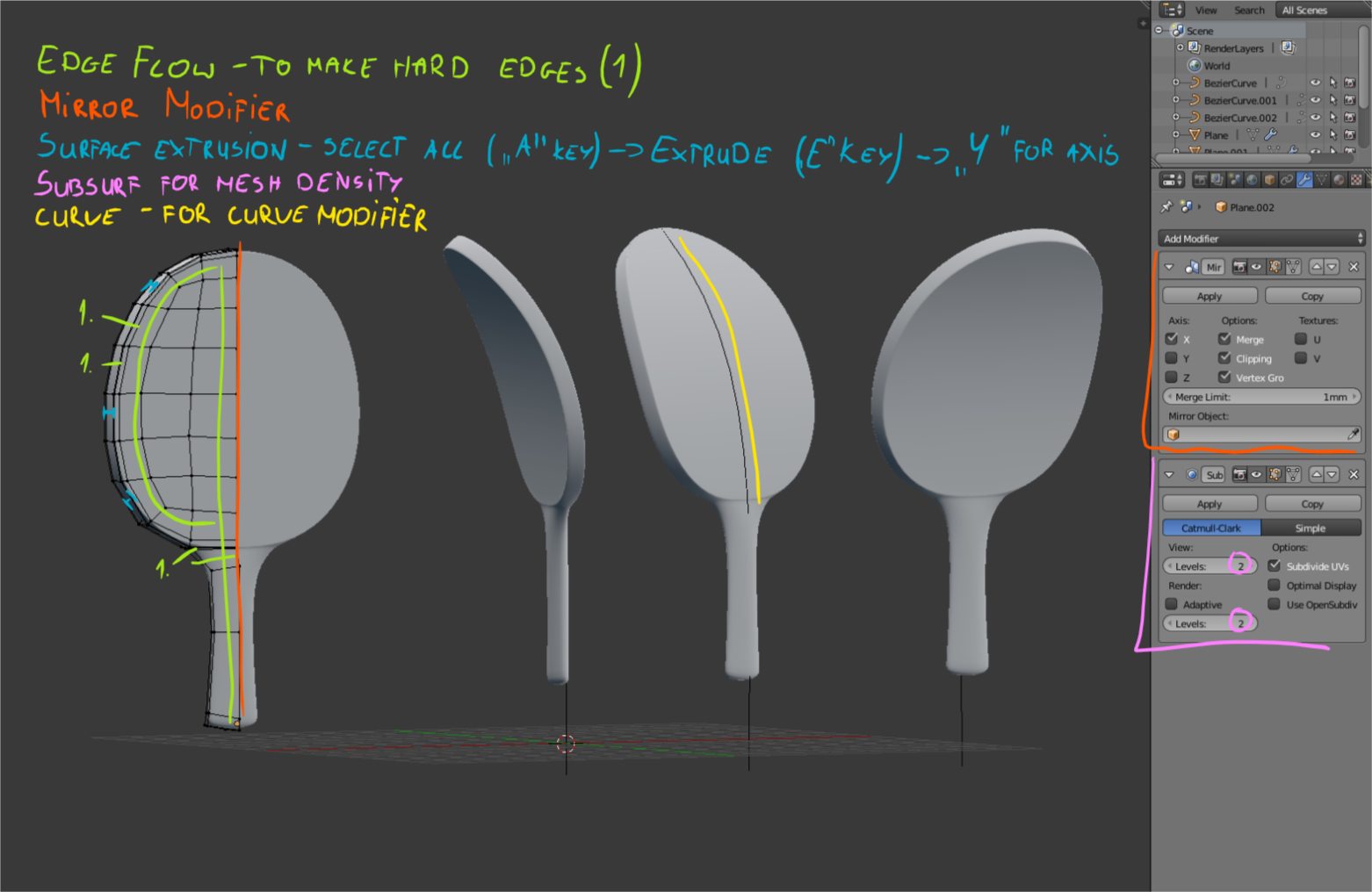 In the blend file, on layer 2 you have 3 models of paddle to study them. 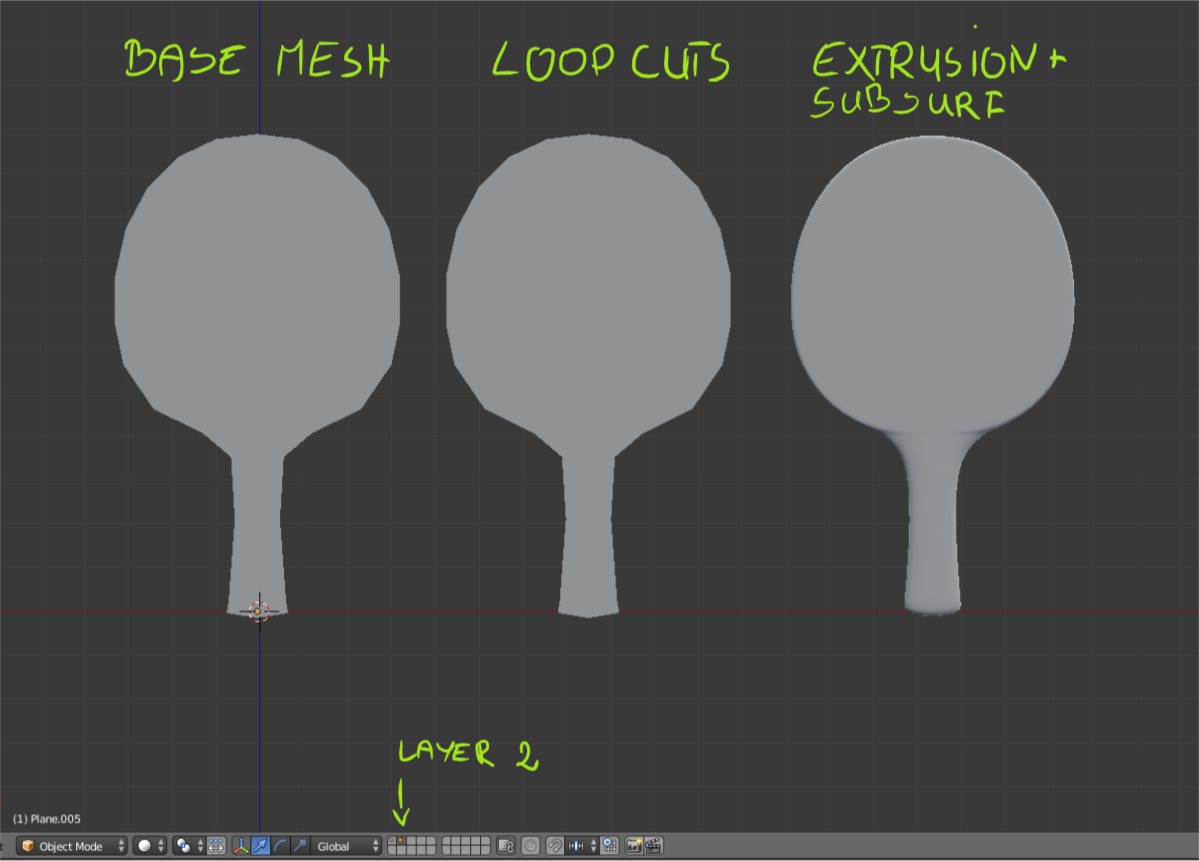 Not the answer you're looking for? Browse other questions tagged mesh faces subdivision-surface or ask your own question.

2
Inaccurate hole in object
1
How to bend the shape

2
Which tool allows bending a mesh?
3
Bending an object into a circle
11
How to resolve ugly artifacts bending joints after posing?
3
Bending a pole with wind
1
Weird faces bezier to mesh
1
How to apply the bending effect to objects that are already beveled