I need to keep the relative position between the meshes of the objects as they are part of a single model. Is it somehow possible to move all meshes without affecting their relative position? I need to get the model to the origin.

Maybe there is a different approach? I'm glad for every tips.

Note, I cannot combine the meshes into a single one because I need them separated.

After this, you should get something like shown in the following image: 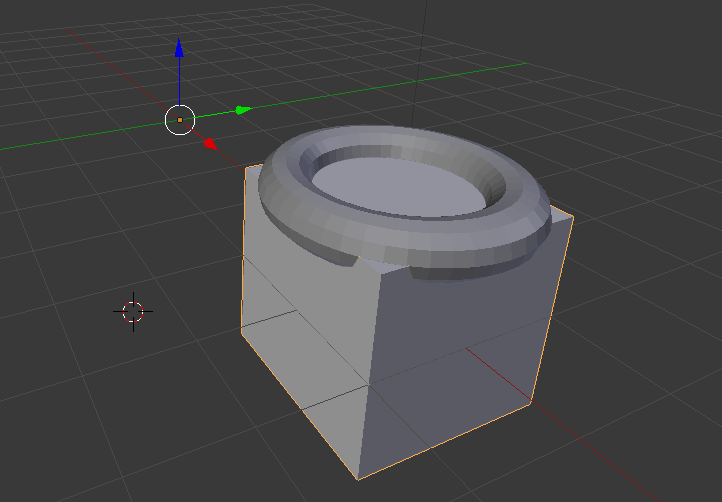 Now, as you can see the location of the objects is {0,0,0} and {0,0,1}. This is similar to the situation I have with my imported *.obj files. It is vitally important the torus stays on top of the cube, but I want to move the meshes so that both objects are in the origin.

When I select all objects and move them together to the origin, then I get the situation, where for instance the cube is at {-5,0,0} but the mesh of the cube is at {5,0,0}. 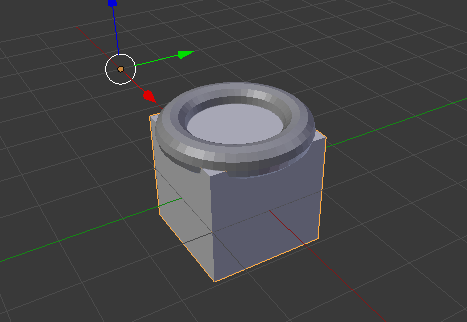 You see that although my objects are now at the origin, the little coordinate system indicator is far behind it. Therefore, is there a way to move all meshes (instead of the objects) while maintaining their relative position?

I would suggest one of two methods.

Note: Selecting all objects and making a group will make things easier. This way you can select the whole group easily by selecting one of the objects and pressing shift+G then selecting "group".

Note: put the empty in the center of the object before parenting.

This method is for moving the vertices of different objects to the same place, when the origins are already in the desired location.

1
Transform multiple objects with (large) geographic coordinates to fit together

3
Why am I unable to extrude/translate along the Z-Axis?
1
Batch triangulating a model made of multiple objects
0
How to edit multiple meshes once without joining?
0
Ungrouping objects connected via a vertex
0
how to move, rotate and scale multiple objects in edit mode
1
Nest complementary objects quick, without having to deform,distort?