Background image shows in front of 3D objects, not behind them.

I've done a quick 3D track in blender and I'm trying to render my output, but the plate I used to track is showing up over my 3d objects.

I want to render the objects in the scene with an alpha channel and comp them over the plate I tracked. My renders however, are covered by the aforementioned plate.

Un-checking "Background Images" in the camera properties (only removes it from the viewport) isn't doing it for my render outputs.

Working on some production tests and am not really proficient with the software yet, my apologies in advance.

Using the compositor, the most basic setup to combine a 3D scene with an image (still or a video file) is mixing the movie clip and the render layers using an Alpha Over node. 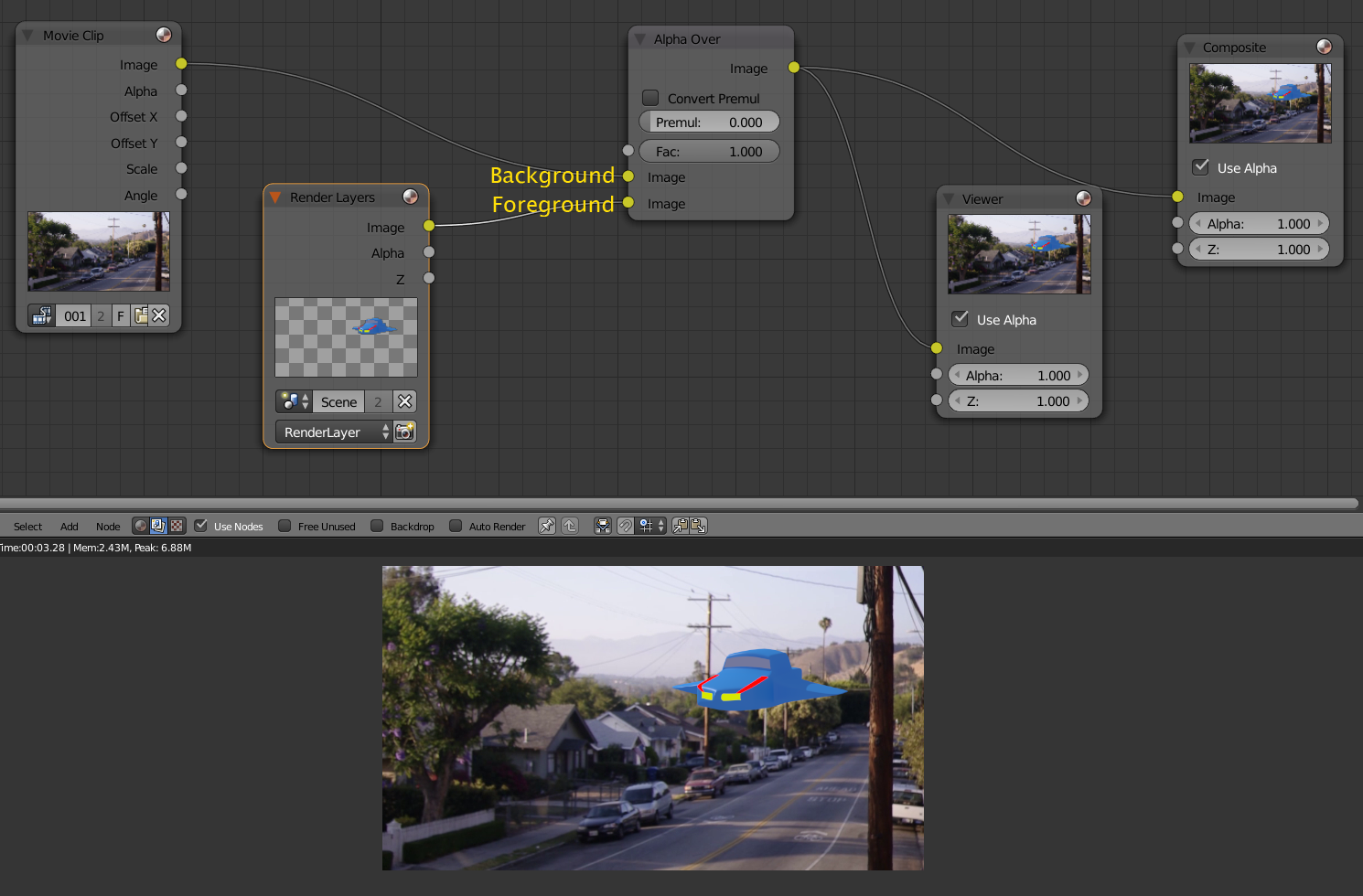 If both images had an alpha channel, both alphas are combined for the final image. 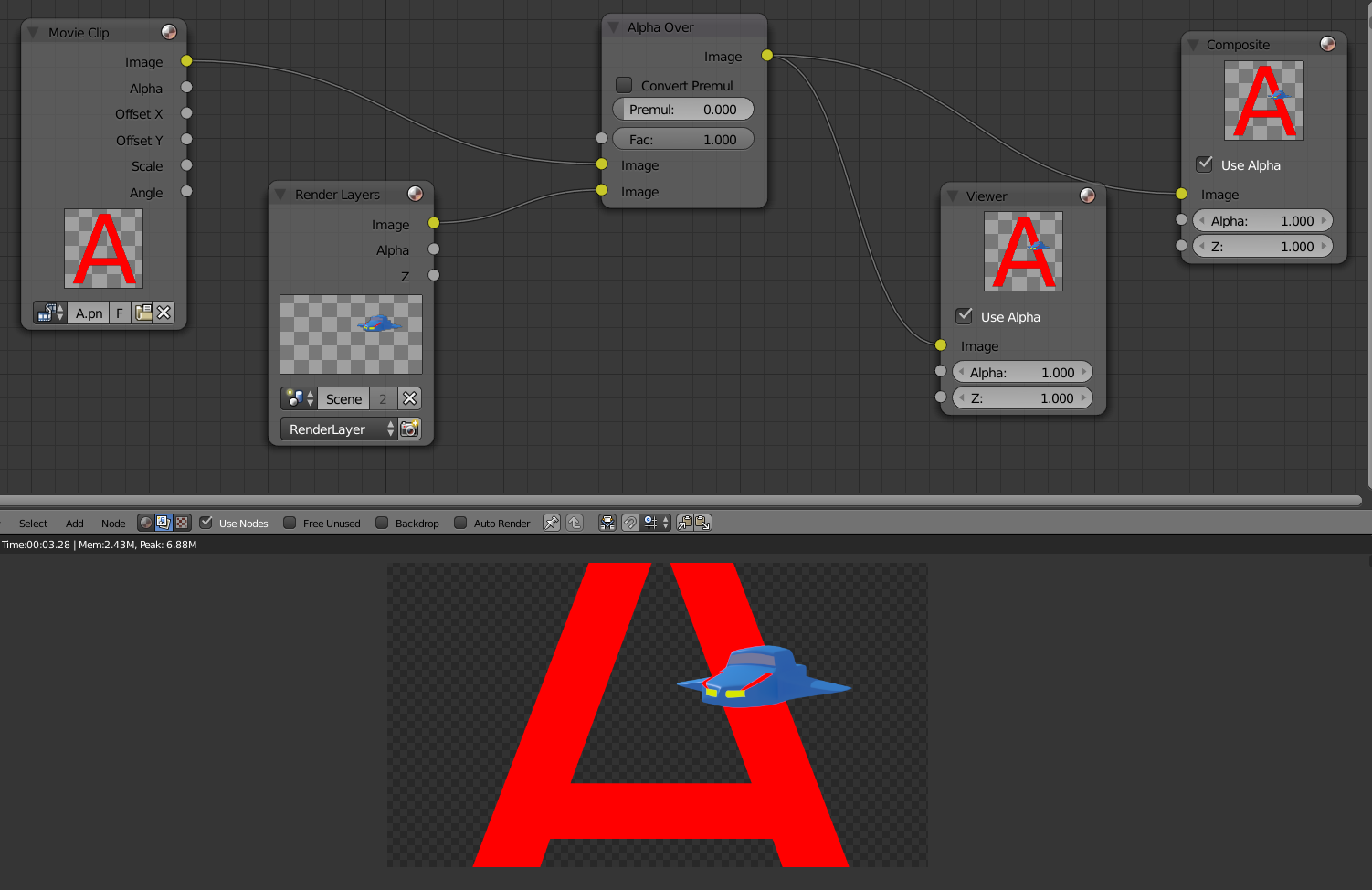 4
How Do You Have Objects Stay In Front Of The Camera While It's Moving?
2
Matching up perspective to background image
0
How to not select objects behind main camera with script in Python?
0
The Blam Image BackGround Not Showing in 3D View
1
Front, back and bottom orthographic view do not match
1
Camera - set background image - python