I'd like to sort of "overlay" these shaders, but the only options are mix and add. Allow me to explain.

I made two images, both white background, one with red scribbles and one with blue scribbles, both 1920x1080. Image textures plugged into diffuse was my node setup. I want both scribbles to be added to the plane while the background stays the same color.

If I mix them I get the following: 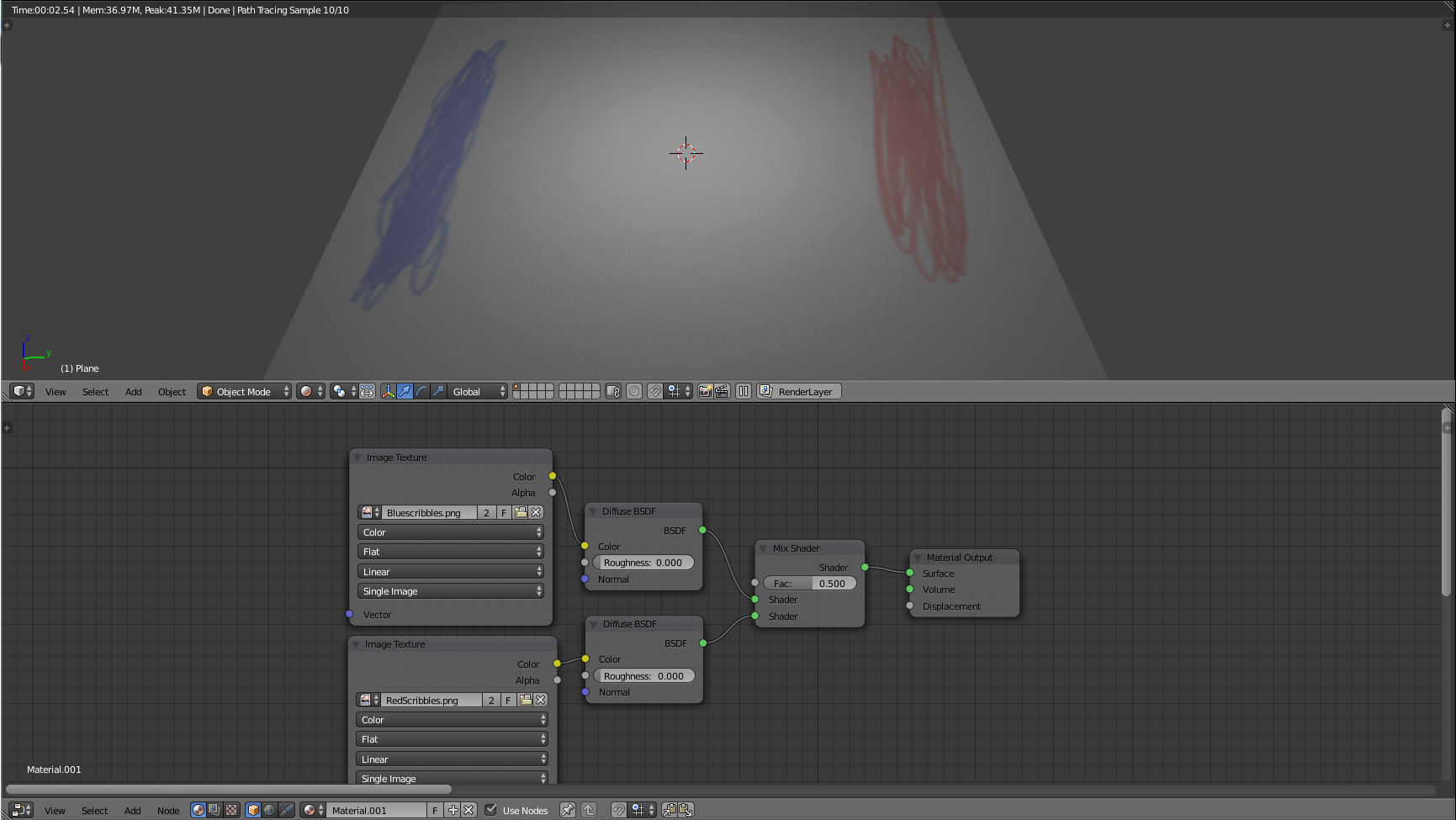 The red and blue scribbles are now 50% dimmer than they would be on their own, and the white color hasn't changed in intensity.

If I add them I get the following: 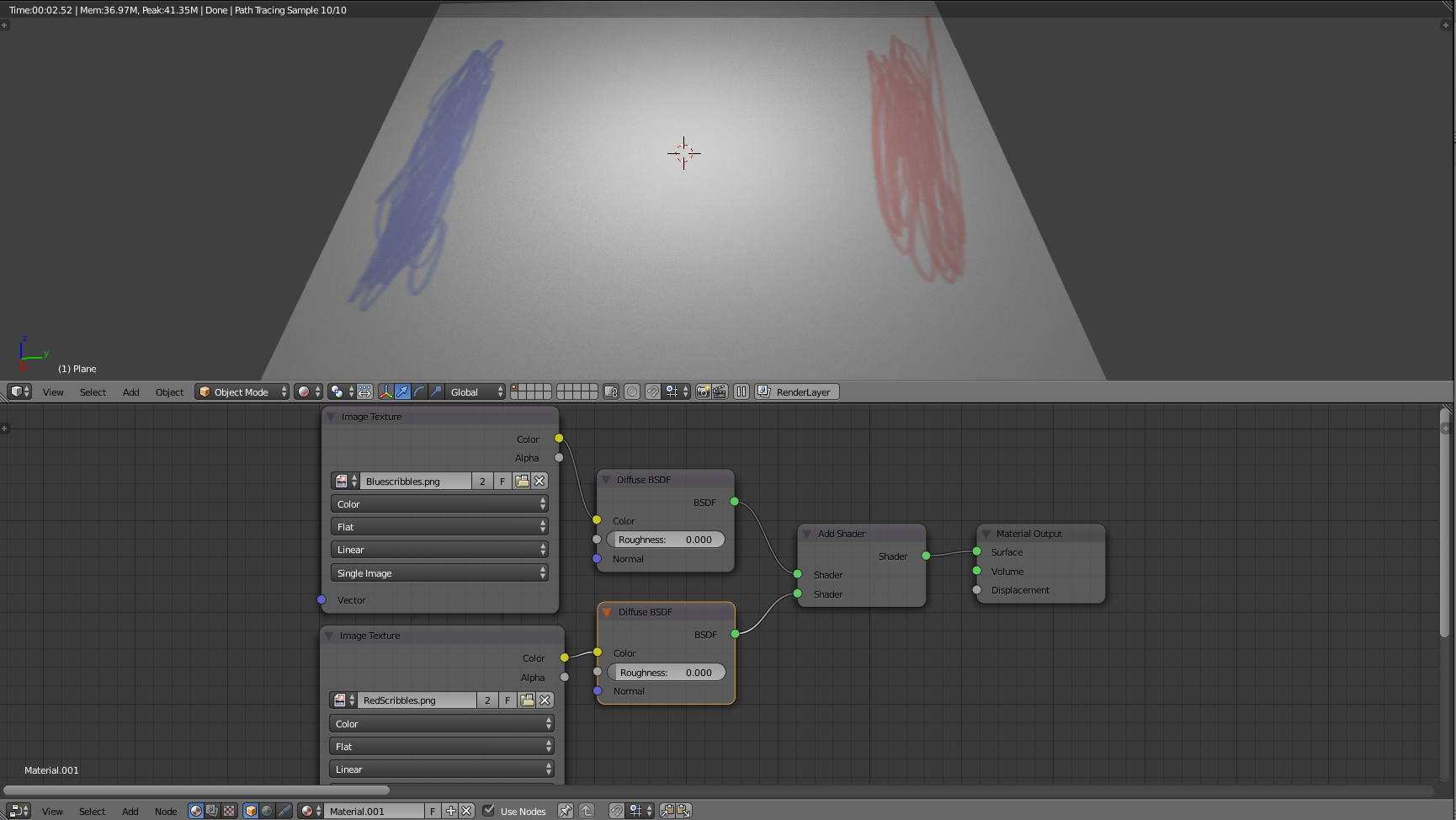 Here's an example with two images with a white background:

To keep the white and mix the two colors you can use a Color MixRGB node with Multiply as the transfer mode. Then plug that to only one Diffuse BSDF shader:

Using Multiply as the transfer mode (quoting from the wiki)

Returns a darker result than either pixel in most cases (except one of them >equals white=1.0). Completely white layers do not change the background at all. >Completely black layers give a black result. The "opposite" to Screen mode.

You can add a Mix node, and leave it set to mix. Take the first image and plug it into the first color socket Color1 and Fac. Plug the second image into the Color2 socket.
If the image in the top socket is looking pale, add a color ramp node to the wire going to the Fac, and boost the contrast slightly (by moving the black to the right).

However with these images that do not have white backgrounds, you would have to crush the black and white in the color ramp node,

or just add a Separate RGB node. Then pick the channel that has the best difference, in this case the Red channel.

Using the Fac and color mix has the advantage of not returning a darker result than either image, like some of the other color operations will.

Not the answer you're looking for? Browse other questions tagged cycles-render-engine texturing materials shaders or ask your own question.

3
Overlay a Shader
5
How to change the colors of a two-color texture?

3
Can't get rid of that white-alpha-border!
10
Make "gaussian laser beam" (object with variable radial emission profile)
1
Diffuse color inheriting from background
7
Using an Emission shader with textures without affecting the color of the mesh?
118
Render with a wider dynamic range in cycles to produce photorealistic looking images
33
How do I create a reflective white material?
1
Transparency painting gone wrong