In addition to the Mix Shader node, there is also the Add Shader node. Now if I have two shaders that are the same with small differences, they both get added, and if there are similar areas they become twice as bright. I want to overlay one shader with another to the effect that the differences of one shader will be added, but the similarities aren't (so that similar areas don't get brighter). Is this possible, if so, how? 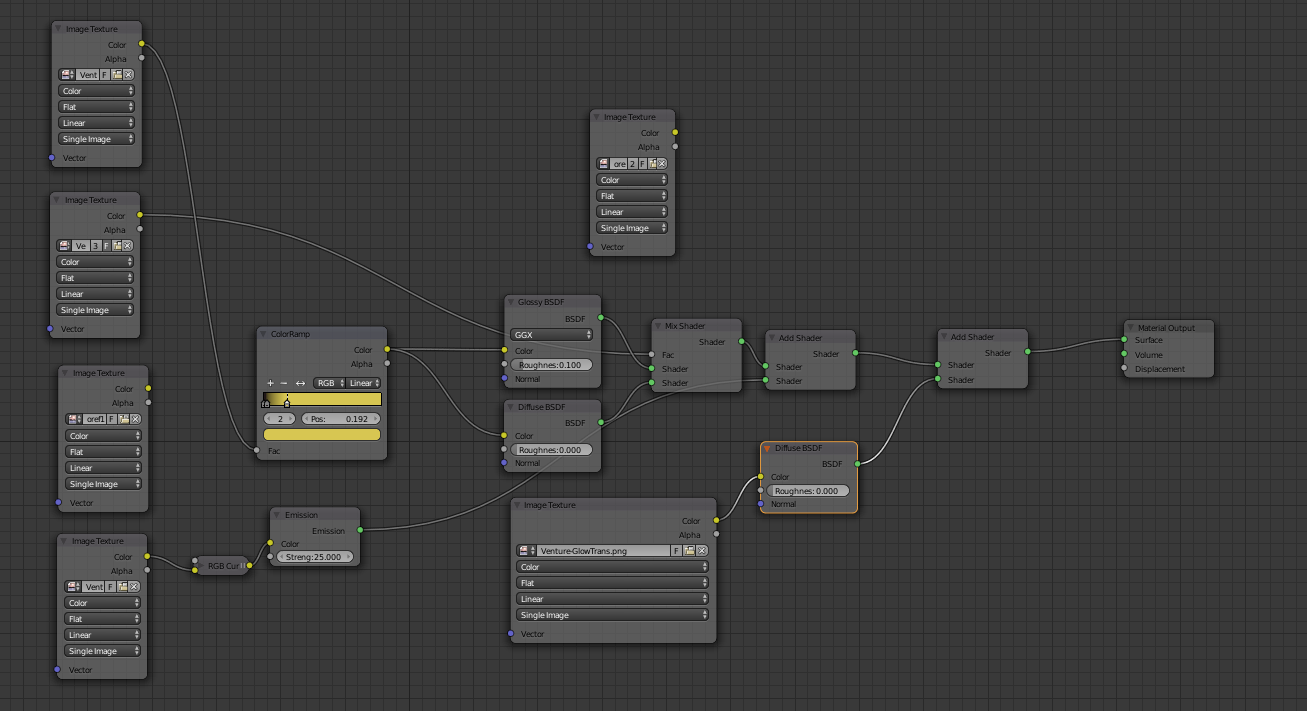 Browse other questions tagged cycles-render-engine image shaders or ask your own question.

26
Difference between Add Shader and Mix Shader?
1
Only Emission shader is reflecting off glass, objects with Diffuse show up as black
11
How to mix 2 shaders depending on distance from camera
11
Combining multiple textures with a white background
0
Mix shader not behaving as I expect
6
How to add dirt to a glass shader?
1
Screen one shader onto another?
0
How to overlay Slots on single object