I’m trying to make some procedural shapes with geometry nodes in Blender 3.0, I’ve started with a cube node with some subdivisions that I’ve distorted with some Voronoi and noise textures at different level of details. Some of these textures are set as 4D vectors so I can manipulate the W value to Seed out different shapes.

Now I want to randomize the seed value of the textures so that it gives me a different shape everytime I duplicate or instance the object. I thought I could add or multiply or whatever the ID Integer of the mesh to the seed so that each new mesh or instance of a mesh gets shuffled with the seed but so far I couldn't find any solution. 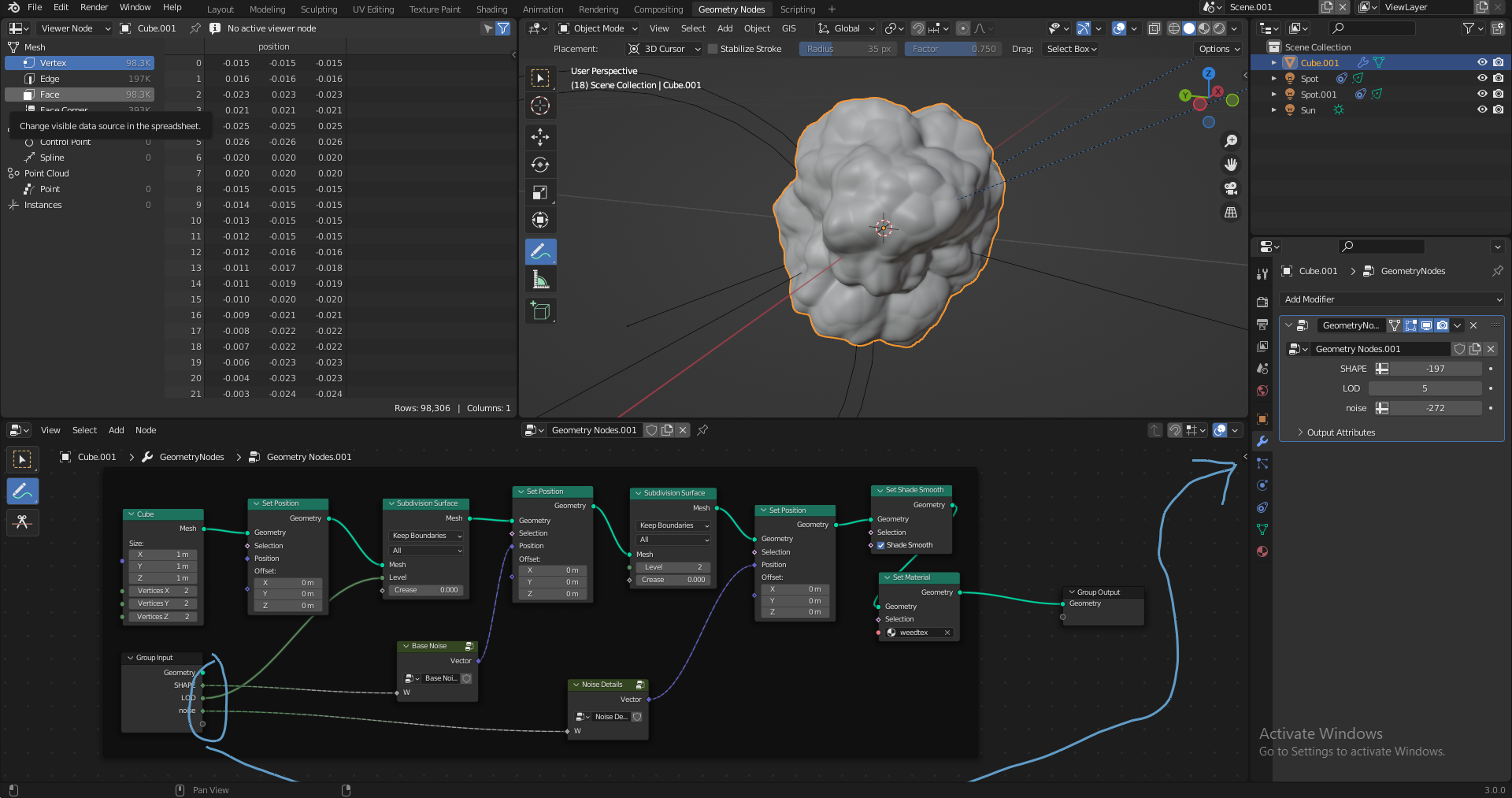 You can get a semi-random number by multiplying the relative location by a large number. This is my node setup : 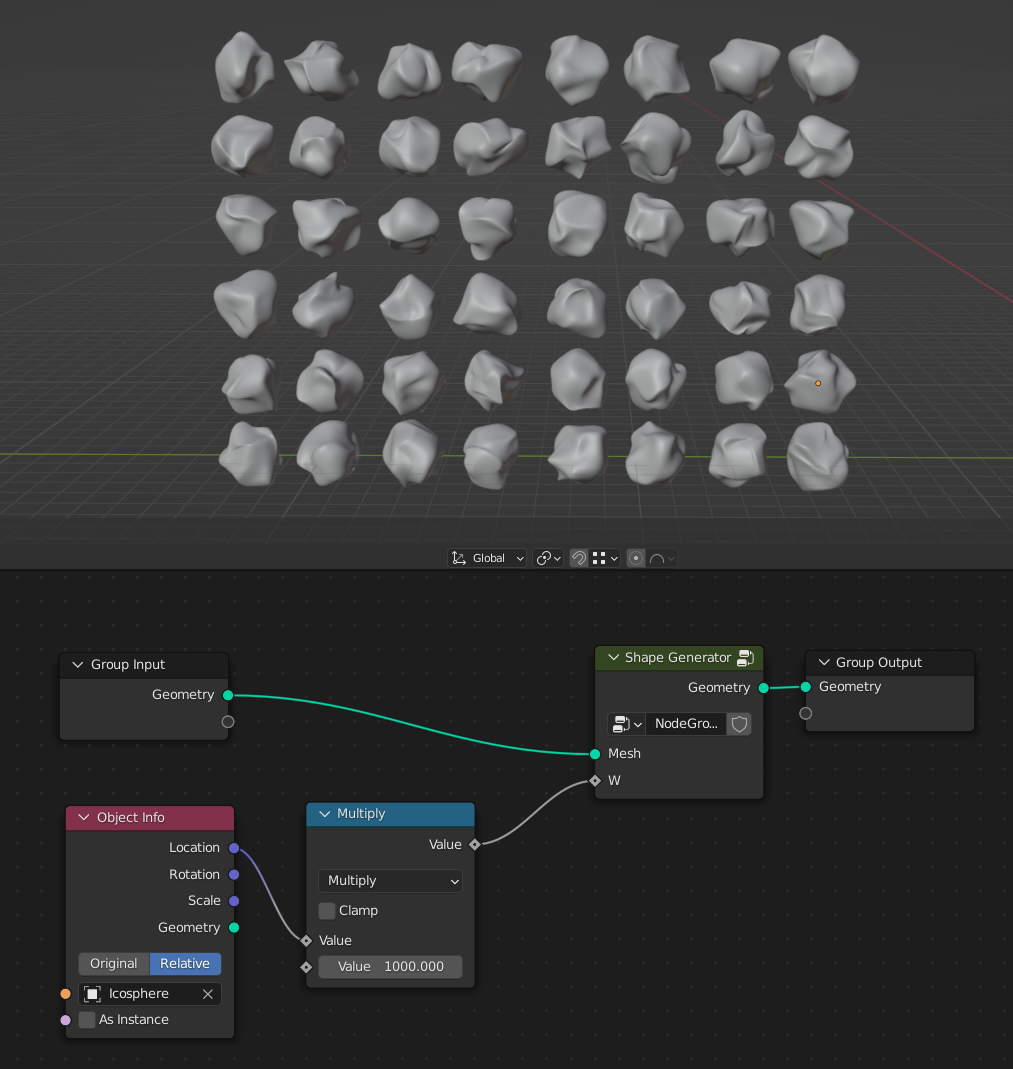 I was thinking in the wrong direction, instead of displacing a single object and then scatter it everywhere (which gave me the same displaced object in any distributed point down the line), the best way to get what I wanted was to first instance an object (a cube with some subdivisions and random scale) on points, and then after realizing instances, displace each object by its normals, so that I could have full control over the displacement of the scattered objects.

Although Benus solution works perfectly in different applications, so I'll keep it in mind, thank you!

Not the answer you're looking for? Browse other questions tagged modeling displacement geometry-nodes procedural geometry-nodes-fields or ask your own question.

9
How can I get a new random seed for every object using the same geometry nodes?
0
Randomize Noise Per Object (Geometry Nodes)