How can I get a new random seed for every object using the same geometry nodes?

I'm making a small medieval city using geometry nodes in Blender 2.93, where each building is a separated object, but they all share the same modifier list (and the same geometry nodes). I added some randomness to the height of the buildings by using Random float node.

How to setup up the seed of the random float node, so that every object has unique seed, even though they all share the same geometry nodes?

I was thinking about using objects unique position, but I don't know how to get that value within geometry nodes.

Anybody has better solution? 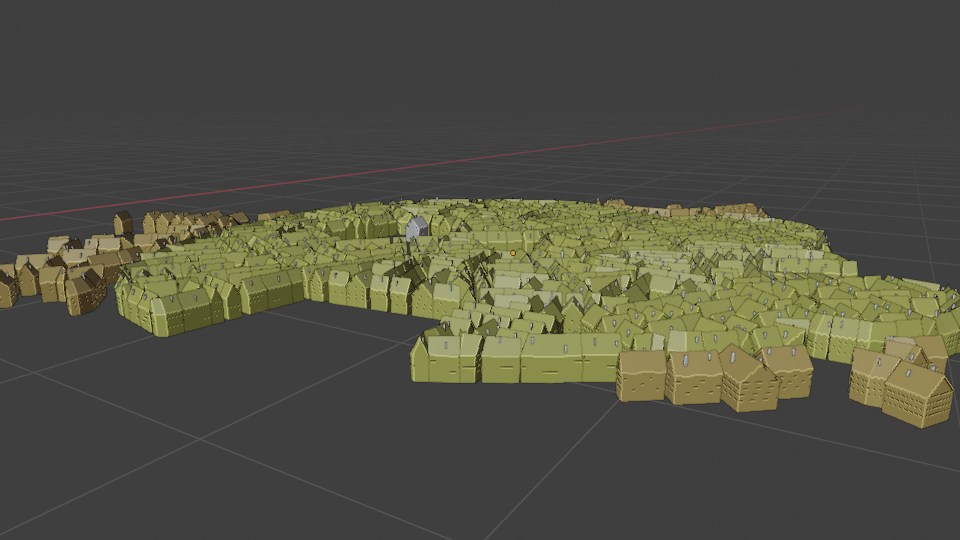 The geo-node-network containing the random height functionality is executed only once per instance. So if you're instantiating the buildings from a single object mesh or collection instance it will be all based on the same random value.

I had a simular issue and solved it by creating a collection of instances and letting the point instantiate node pick random items from that list. I used the location of the instance to select a height value, but you can also use it as a seed value.

To get the position of the object within the associated geo-node-network:

This provides me with one new random number for each object in my node tree that I want to be different, but all ultimately from the same seed, so I can keep it the same between frames.

I had the same problem, also making a city:

That way the seed is dependent on the objects location. disadvantages:

7
Geometry Nodes instantiate mesh primitives at points
4
Self-generating random shapes with Geometry Nodes in 3.0
2
How to use output from Attribute Sample Texture as seed value to Point Distribute?
2
Geometry nodes: how can I get a different random float (or seed) for each object?
0
Randomizing instanced objects
0
Using a custom attribute to drive a seed value in Blender Geometry nodes