Modeling and Sculpting a Crown

I am progressing on my first Blender sculpt. I am currently modeling a crown for a statue of a king lying on a marble slab. Sculpting has progressed well so far as long as it consisted of a subdivided spheres.

For the crown, I decided to try modelling. I used a cylinder and I am modeling it for the first time. I would like;

1st; to extrude 2 small points upwards at the side of the crown. I extruded the vertices which I then connected. How can I then add faces to the joined vertices? Or is there a better way to produce the wanted points? the point you see in the photo was obtained withe the smoothing tool. 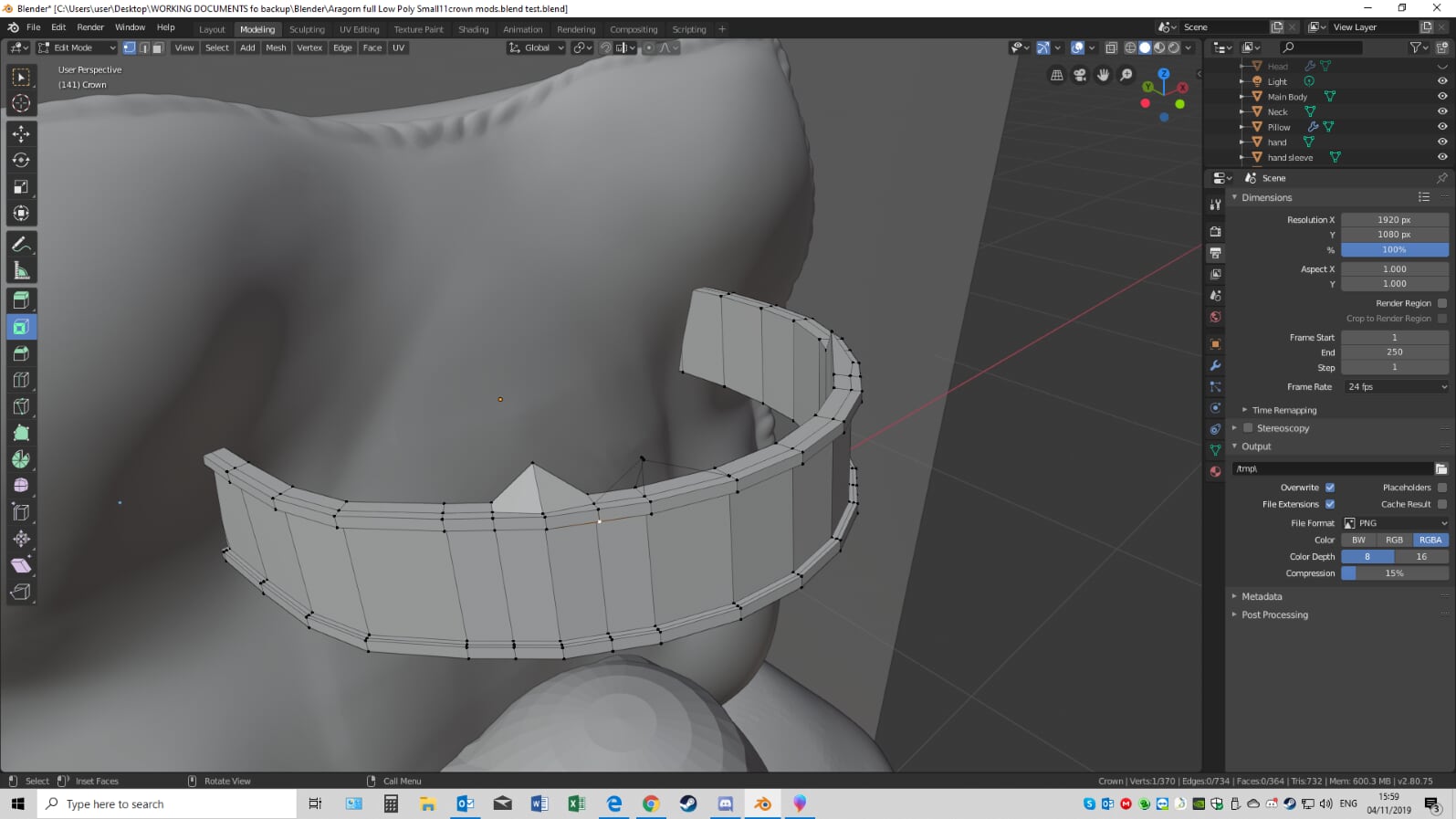 2nd; I would eventually like to sculpt some engravings in the crown. To do this I added a multiresolution modifier in the layout, in the hopes of adding enough subdivisions to be able to sculpt but the result with the draw brush in sculpting mode is terrible and worst when I put dyntopo on. 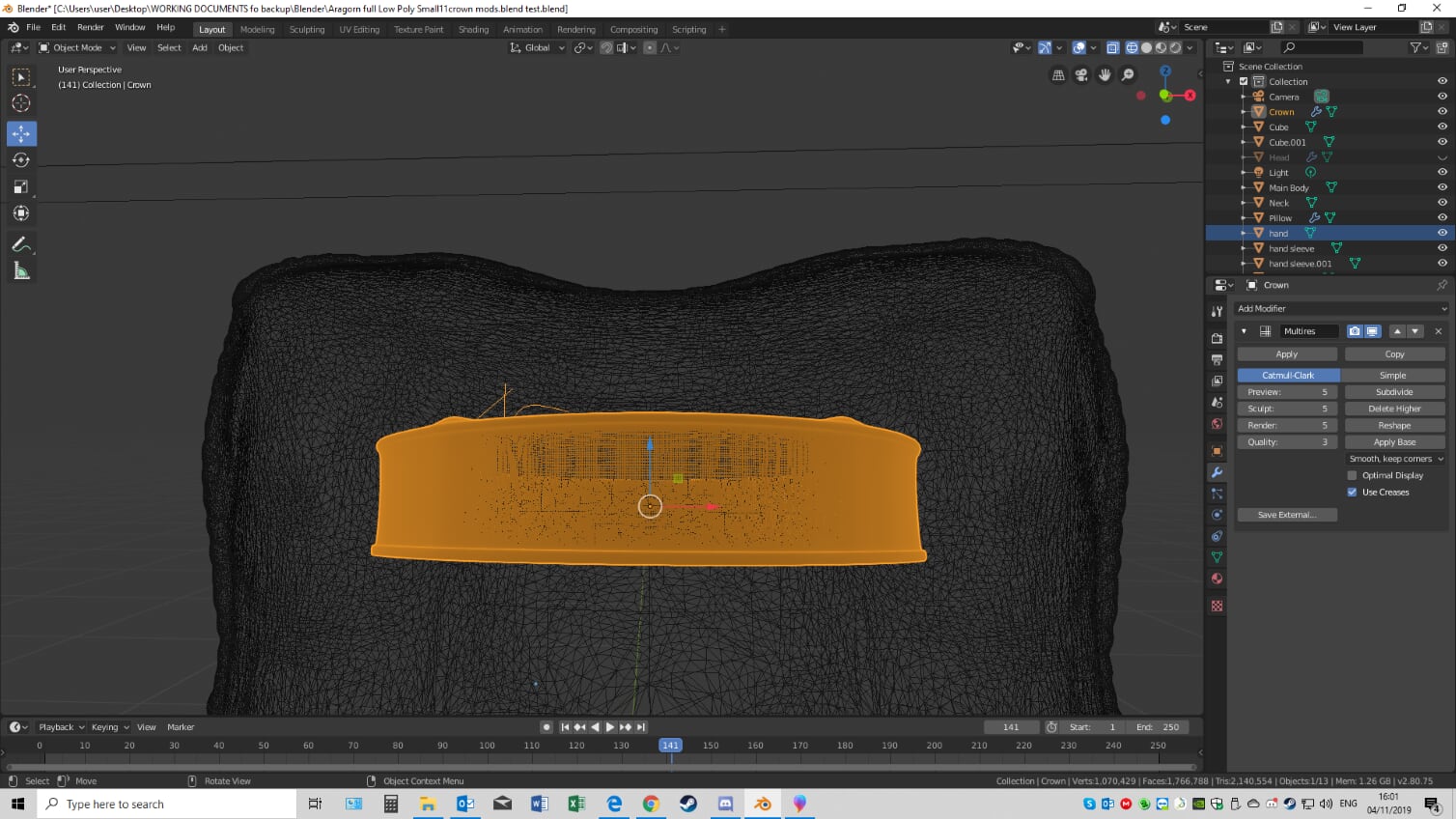 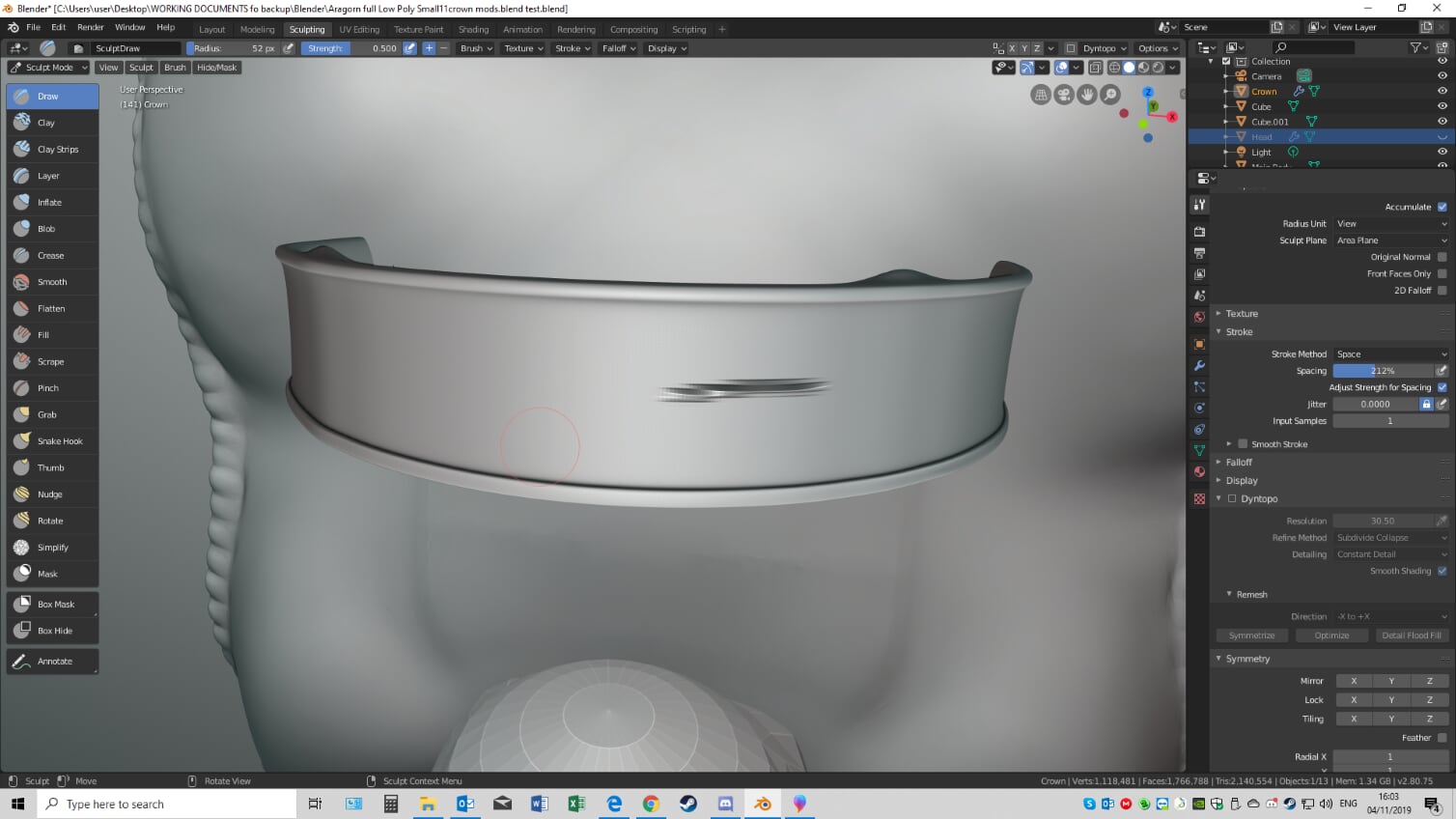 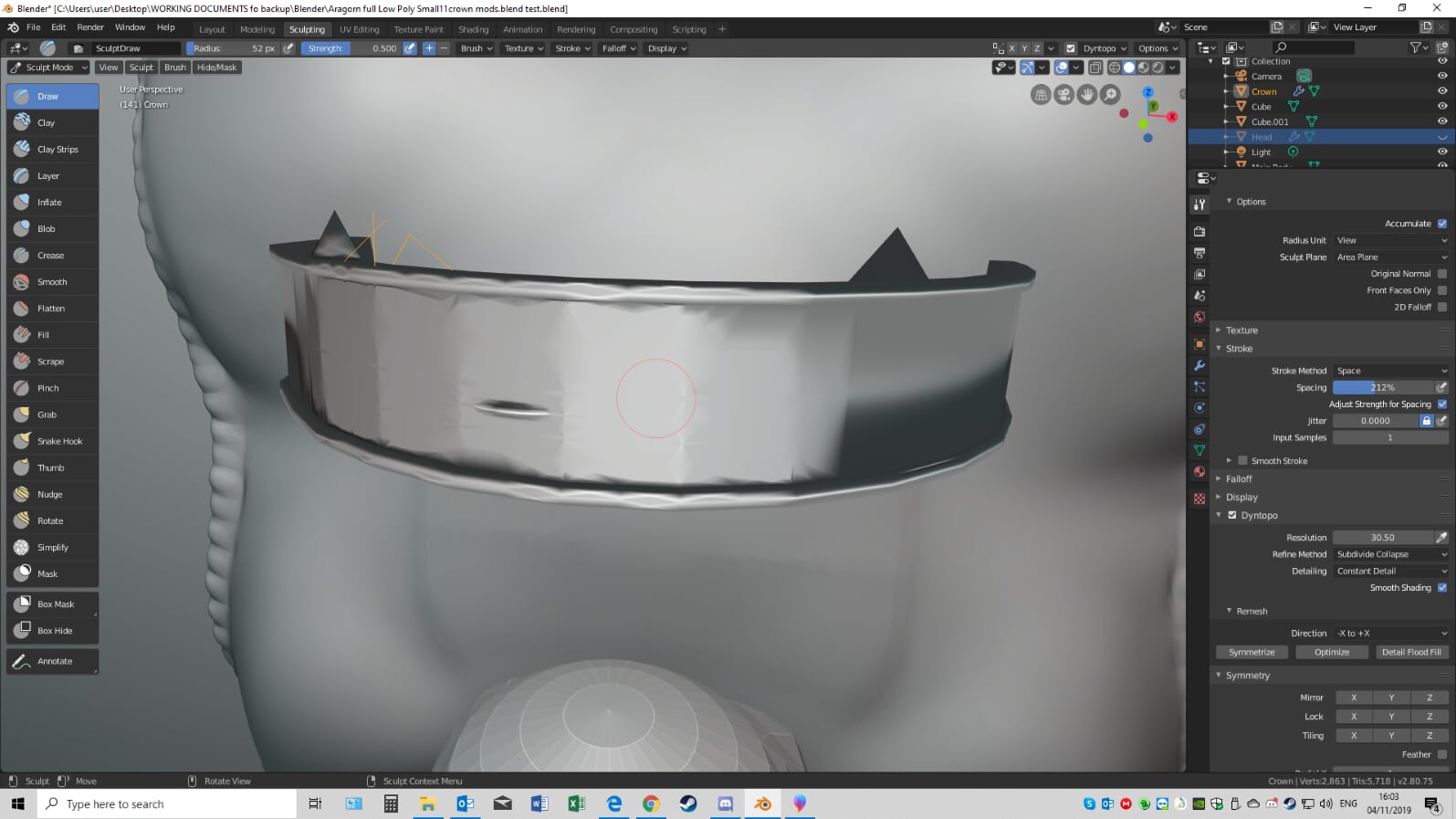 Thanks in advance for all the help you can give me.

Your first question is not very clear, maybe show a picture of the kind of crown you want to create. If you want to fill a face, select the 4 vertices you want and press F. But instead of extruding 4 distinct vertices, select a top face and extrude it with E then scale down. You can simultaneously extrude several faces as individual faces with alt E, then scale them down with the Pivot Point set to Individual Origin.

For the second question: You can either model or sculpt your ornement. If you choose to sculpt it, the best thing is to keep a low-version of you crown, and once you're good with the sculpted high version, you bake its normals and use the normal map you get to fake 3D on the low-poly. To sculpt I guess you can do it 2 ways: either with the Multiresolution modifier or with Dyntopo. Here is a comparison that might help: sculpting - Everything is edgy and sharp, but I want it smooth

Extruding the faces and rescaling them did the job I wanted. I set myself a goal to try to model the crown out instead of sculpting it since I want to learn modelling as well. 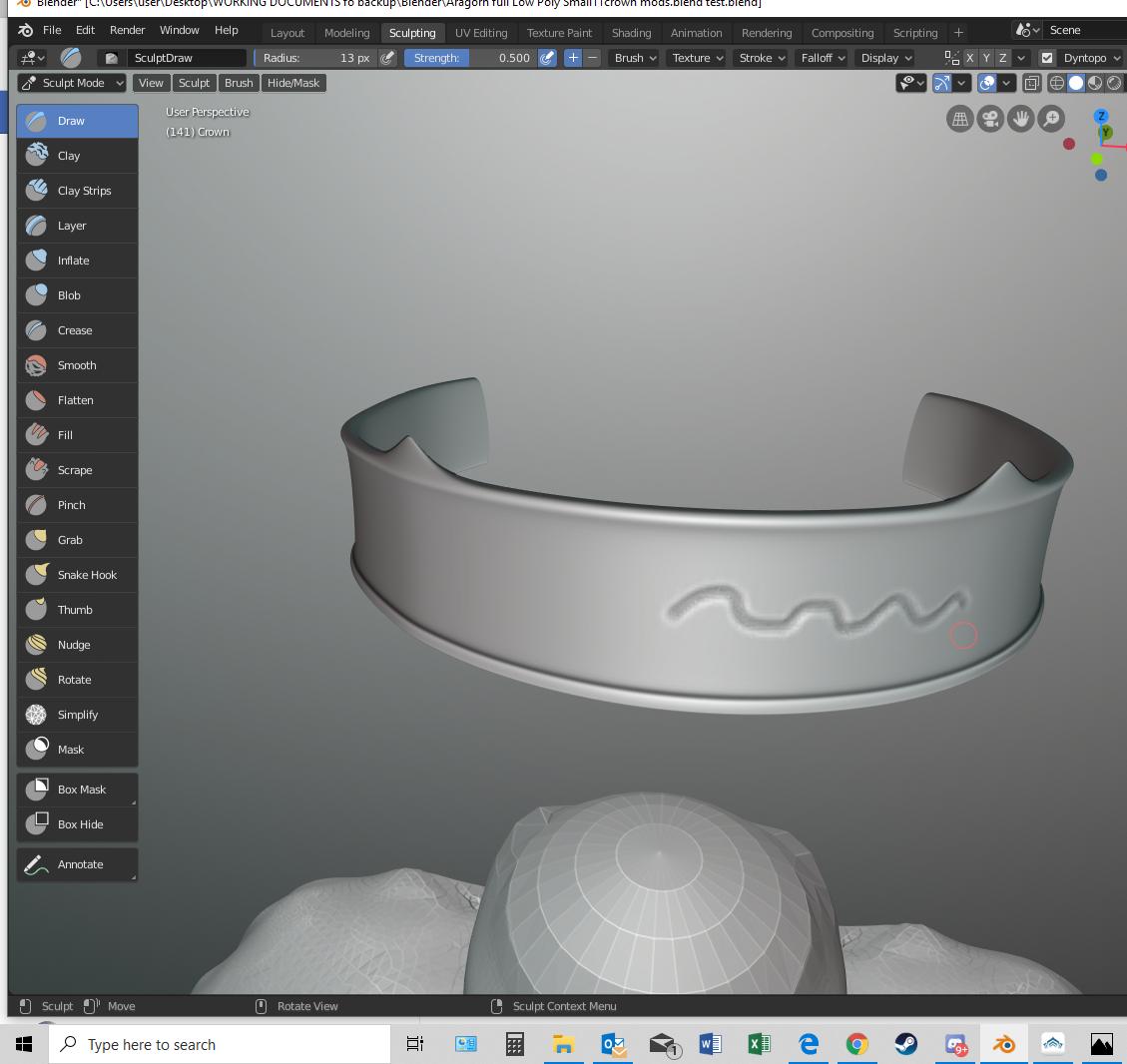 0
sculpting - Everything is edgy and sharp, but I want it smooth