My imported STL file has WAY too many tri's in it to edit effectively. How can I reduce it and keep the detail?

I've imported a very detailed model originally made in Z-Brush and from there exported to an stl file, (I do not have the original Z-brush file to convert).

I imported that stl file into blender and used CTRL-J to join everything. I then tried the "Remesh" modifier to reduce the face count and convert to quads. I set the "Octree Dept" to 12 (highest it would go) but it still has too many faces and I do not see any quads. I can't select all the triangle faces to even edit the pointed ears of this elf creature! Blender shows it at 186,504 faces and the same number of TRI's. 92,986 Vertices.

I have 8 Gigs of DDR4 RAM and a 2-year old AMD Ryzen CPU. I have my Blender preferences set to use my GE Force GTX-780 GPU (set it to use CUDA), so it's not a totally lame PC.

How can I reduce the face count to something manageable (and EDIT-able) while still retaining as much detail as possible?

As Sazerac suggests (not sure why it's not an answer instead of a comment) the Decimate modifier is what you should be investigating first.

I'd start with the Planar setting, because that typically removes the least amount of detail, and you can tweak the angle limit down to keep quite a lot. That said, it works best with inorganic forms or meshes with inconsistent levels of detail as it looks for places it can make the mesh simpler and planar.

If the form is more organic and smooth with sculpted detail, but overall has the same sort of density all over, then the Collapse setting is probably going to be more useful. It just collapses a percentage of faces, biased towards ones that make the smallest possible change to the mesh. If you need extra control over this, you can use a vertex group and weight painting to suggest where it should remove this detail from, and that's probably going to be the best option on any complex sculpted form - you'll need to tell it areas it can simplify heavily and areas you care about using weight painting and vertex groups.

Here's some rubbish I sculpted out of a cylinder to show the sort of difference in faces generated. I've left flat shading on so you can see the faces better. 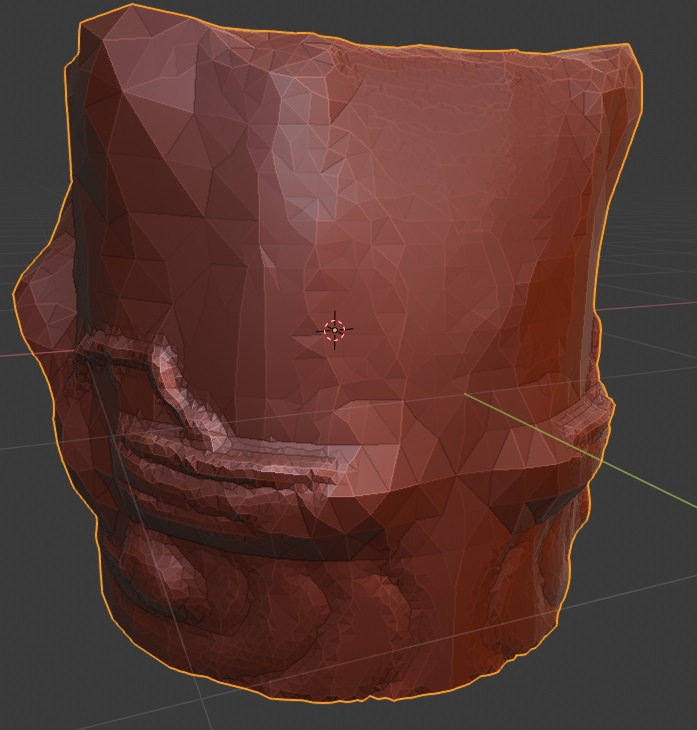 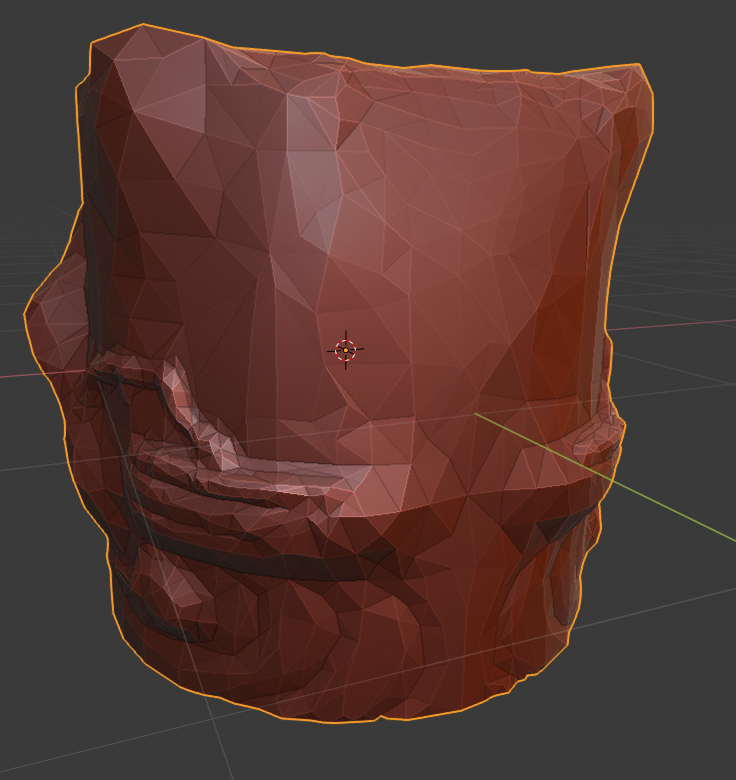 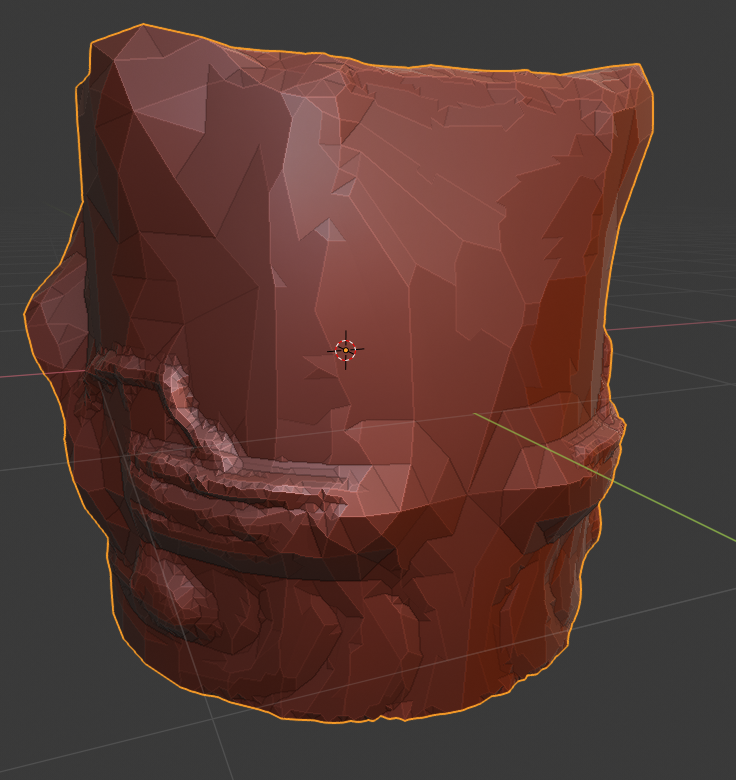 You may wish to Apply the modifier, which will destructively edit the geometry and thus make it much easier to edit. Once you do that you can't get back to the original mesh, so save a copy elsewhere if it seems likely you'll want it.

Not the answer you're looking for? Browse other questions tagged modeling mesh modifiers import or ask your own question.

4
Import from CAD System
3
Bad quality mesh, Narrow tris as result of Ctrl+t (exporting stl file)
1
How can I reduce the vertices on this converted file?
2
cannot see the geometry of the imported stl file
2
Any tips for simplifying CAD models?