Are weird shading artifacts normal with the subdivision modifier in edit mode?

I've been trying to create a character that I might like to use for a game in the future. I'm pretty new to blender and these "artifacts" (unsure if that's what they are) are slowing me down.

This problem doesn't show itself when in object mode, only in edit. I'm using the mirror modifier and the subdiv modifier. I've applied the mirror mod before the sub mod, due to some strange separation of vertices at the origin of my character. However, I went back and forth to check, and with the subdiv mod before the mirror mod, these odd "artifacts" don't seem to show. I can't use that arrangement thought, because of the weird tearing problem D:

Any experienced blenderers out there that think they might have the solution to my problem?

PS/Side question: Should I just go ahead and continue making the model of my character, no matter the mistakes/ngons there might be, and then just go over it afterwards with some nice retopology afterwards? 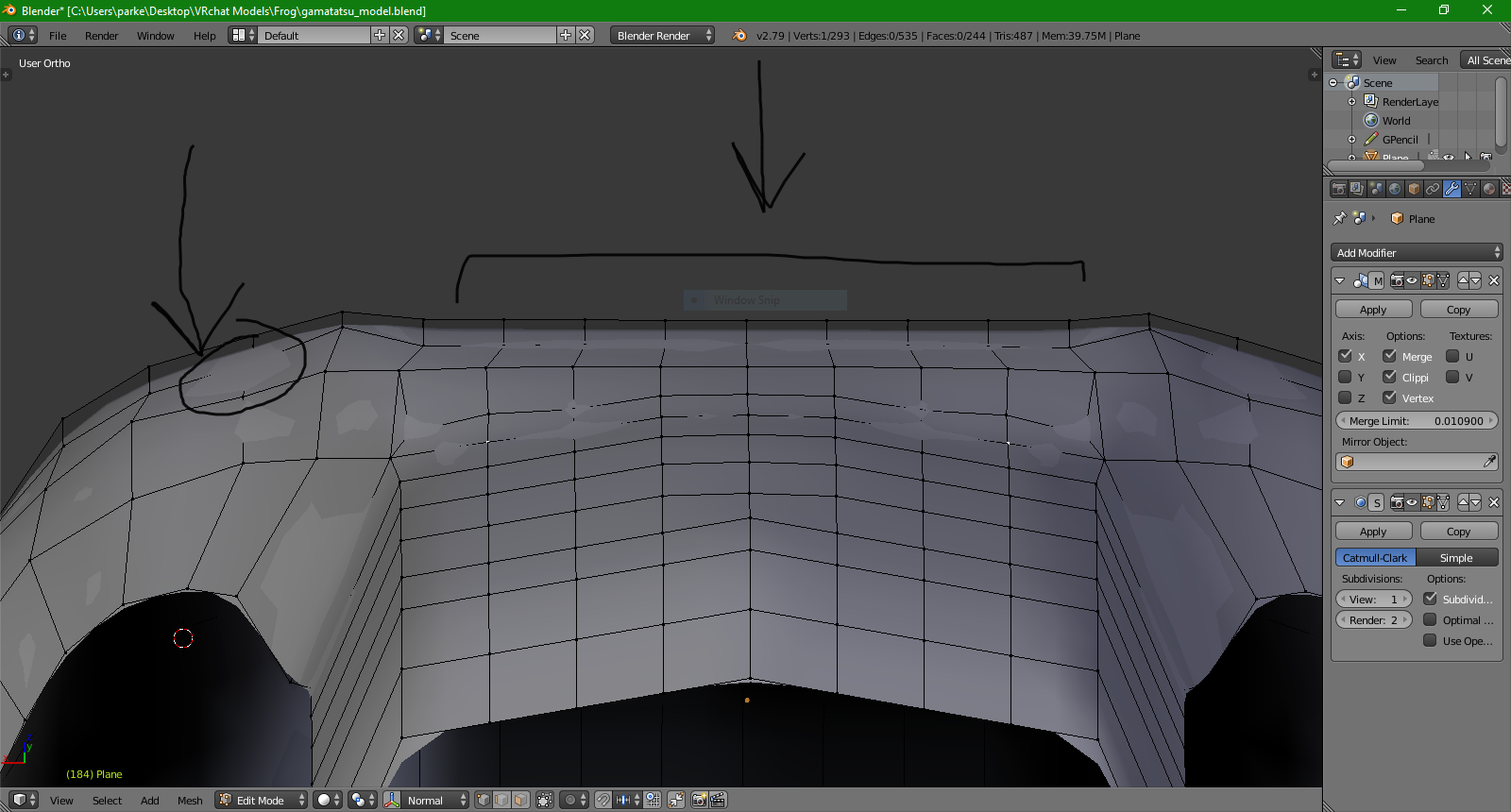 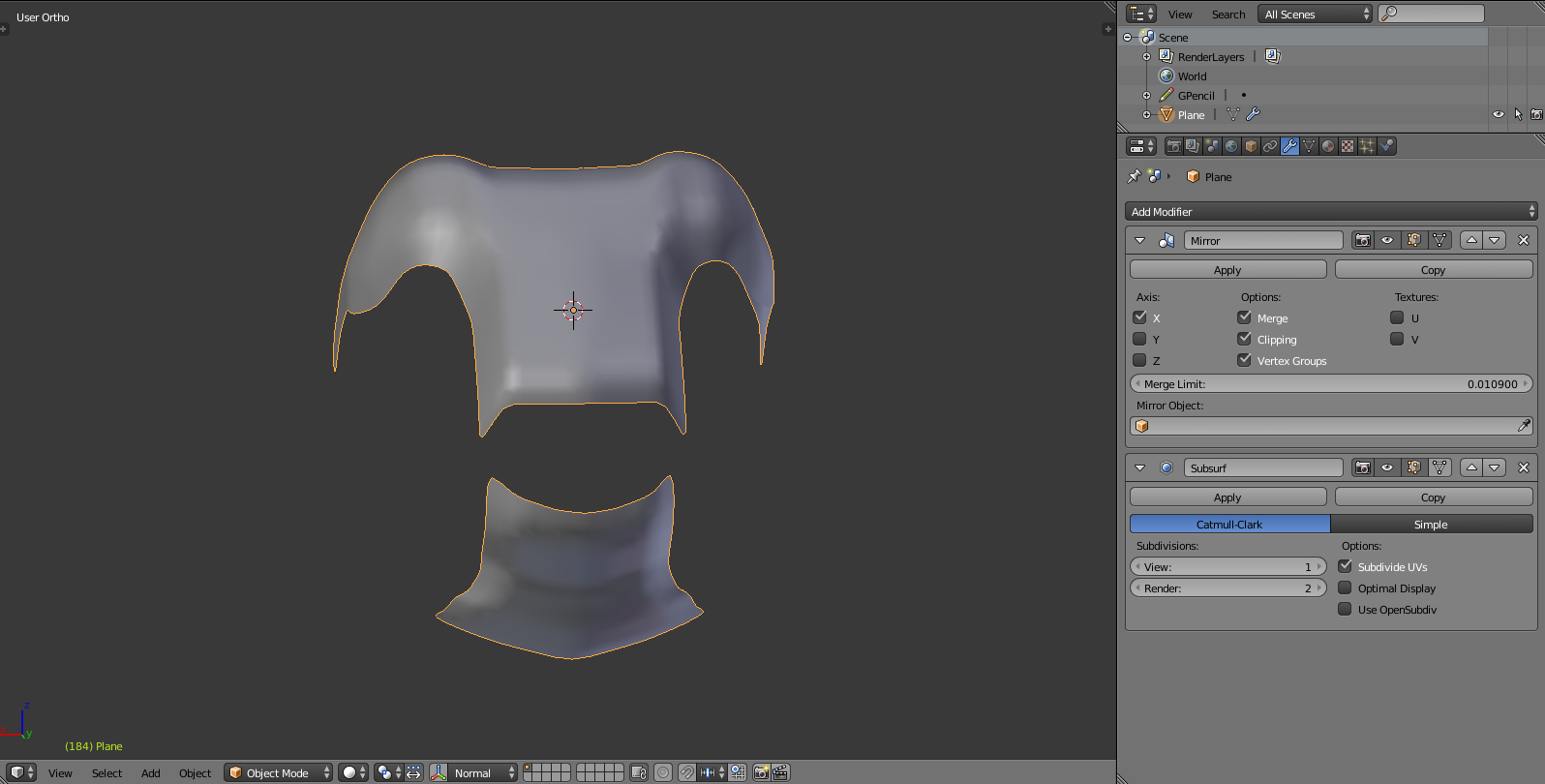 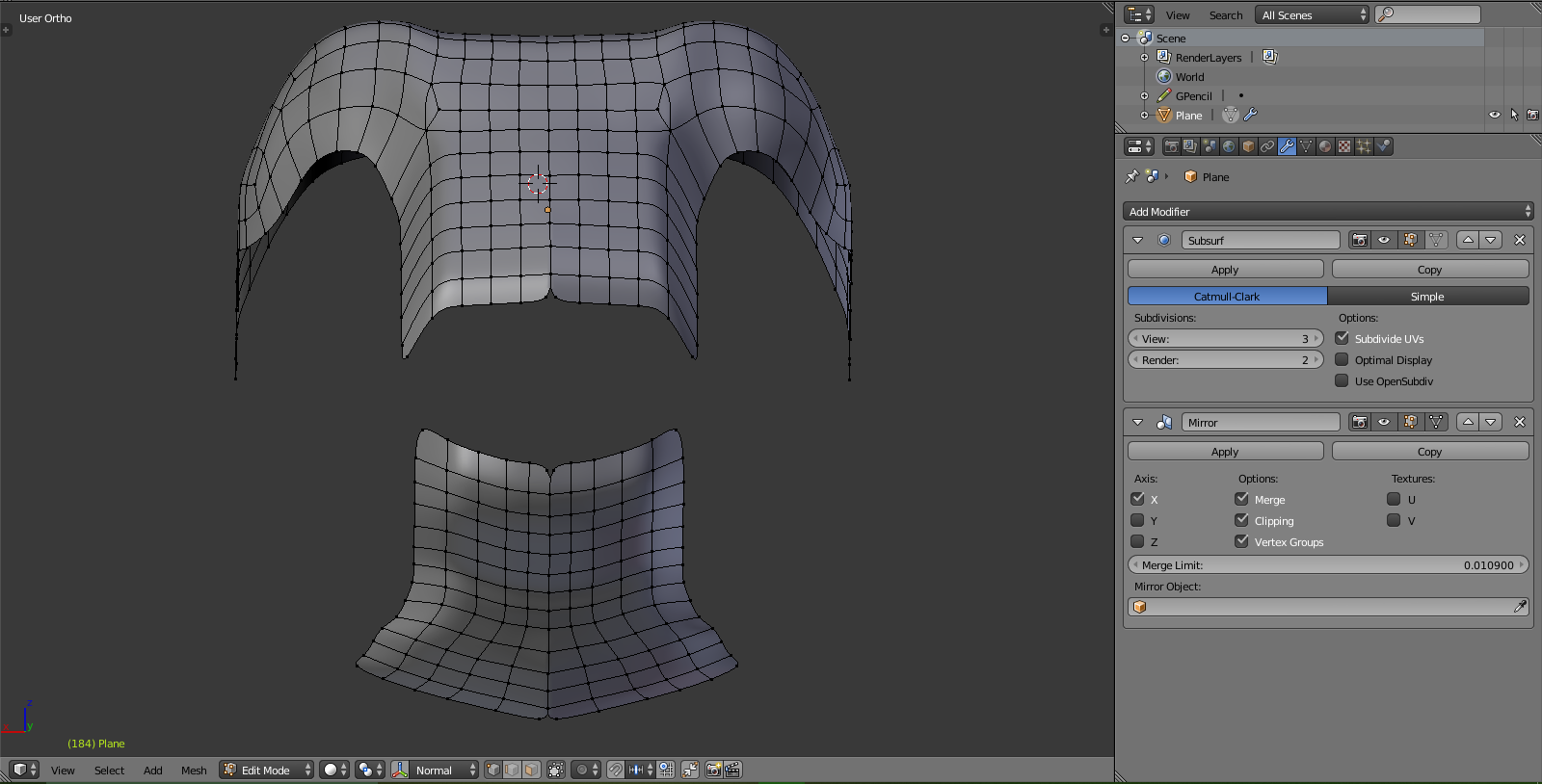 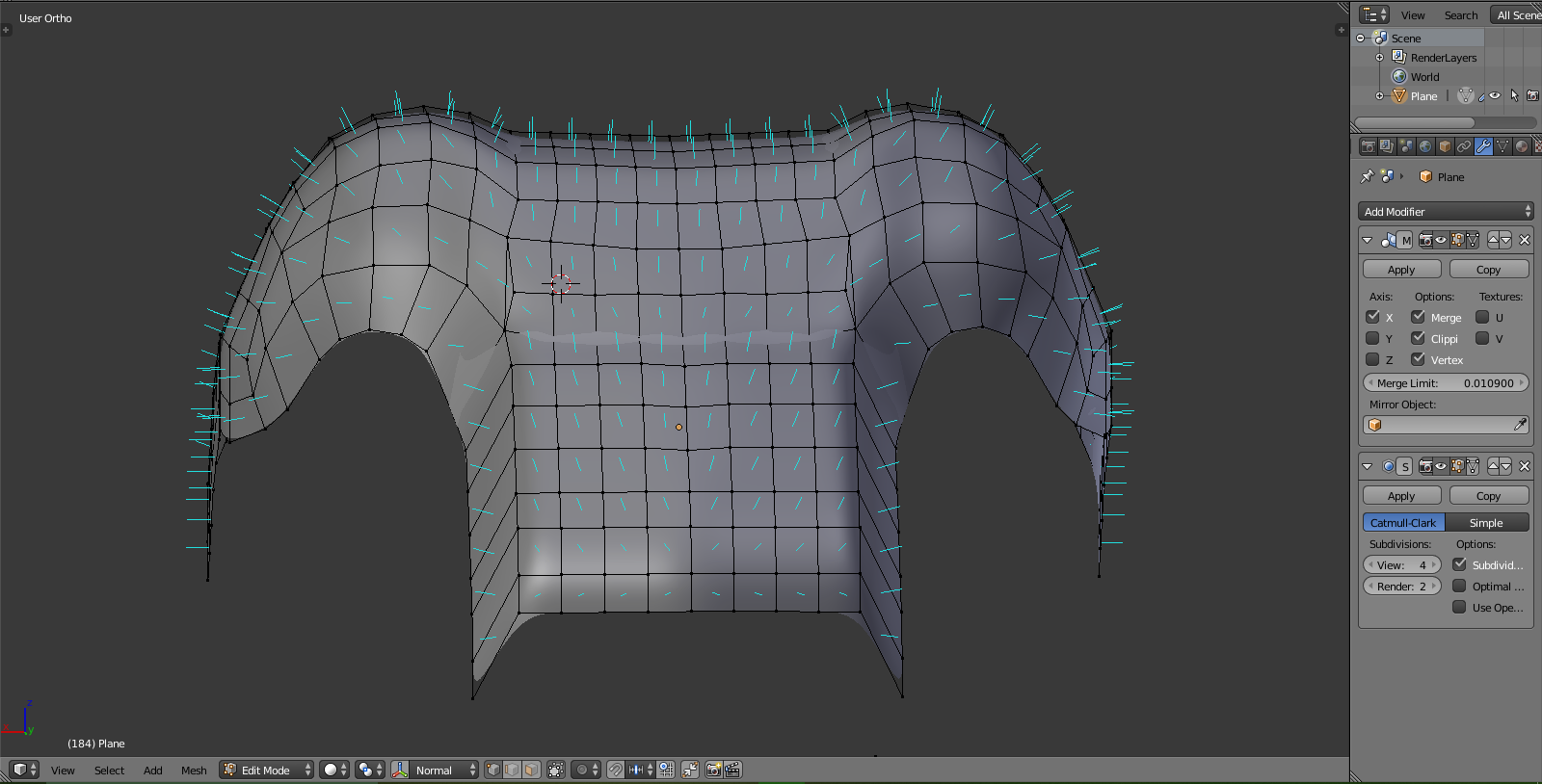 It is completely normal that the subdivided surface crosses the original mesh's edges when they make a concave geometry, and this shouldn't be considered an issue with the mesh. This becomes evident in Edit Mode because, together with your subdivided mesh, you also see the un-subdivided wireframe:

That "artifact" is just the subdivided mesh "coming out" from the cage of the un-subdivided mesh. Nothing to worry about. This effect doesn't appear in Object Mode since, in that mode, you don't see the underlying un-subdivided geometry.

However, you have the option to see the effect of Subdivision Surface also on the Edit Mode's wireframe. There is a button (

) in the modifier panel for this:

Not the answer you're looking for? Browse other questions tagged modeling mirror subdivision-surface or ask your own question.