I am in the process of modeling the front of a helicopter and I am having some difficulty in getting the nose of the model to behave the way I'd like it to when applying the Subdivision surface modifier. I have found this post regarding the issue, however the solutions do not work as I have only modeled one half of the helicopter and I am using the Mirror modifier to duplicate the mesh across the X axis. The ngon that is the nose is not a circle but rather a half circle. If I create an additional edge loop and move it closer to the center, the issue is still present and makes the tip of the nose into a point after enabling the subdivision surface modifier.

Here is the model in edit mode without the subdivision surface modifier: 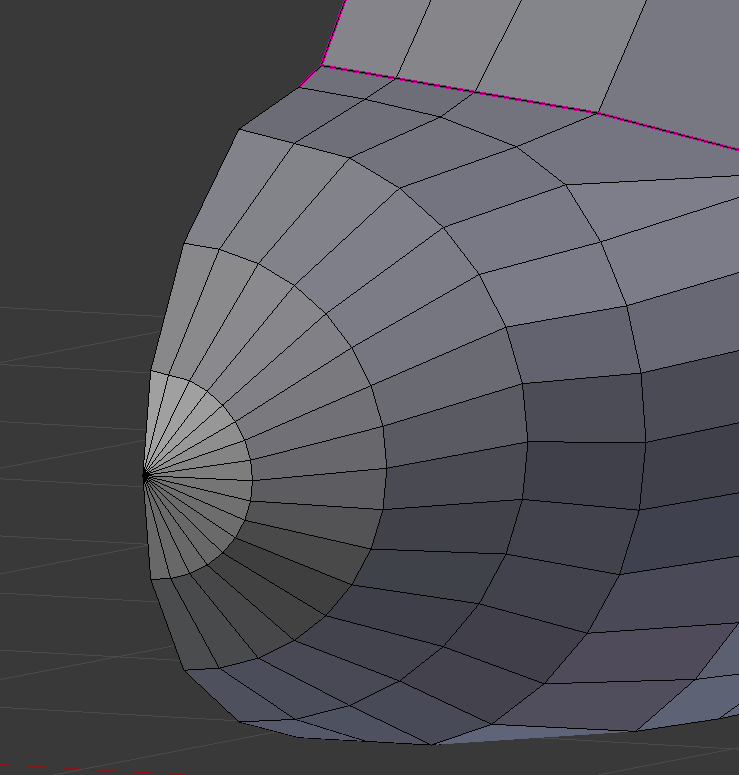 And here is the model with the subdivision surface modifier enabled (problen circled in red): 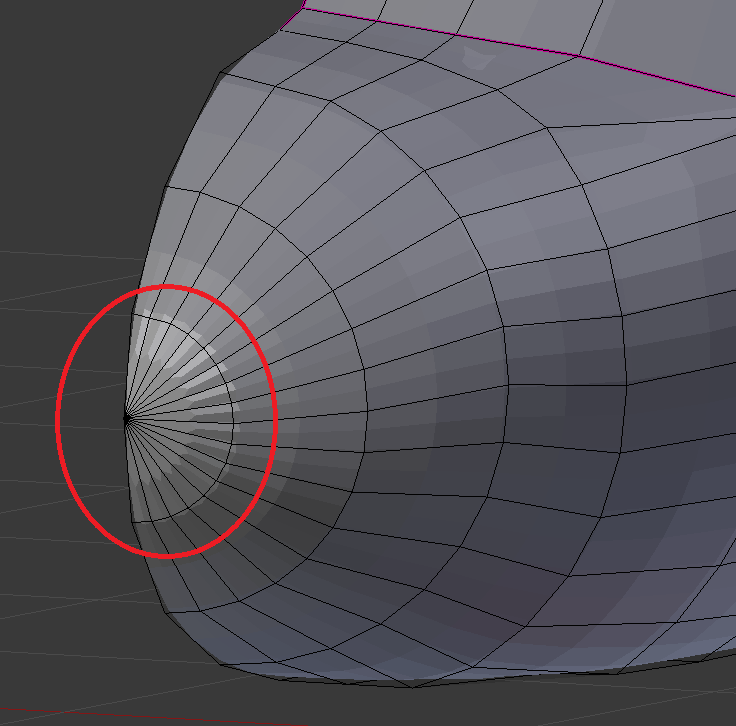 If I enable "Adjust cage edit to modifier result", you can see that the first edge loop is in a very shallow v pattern: 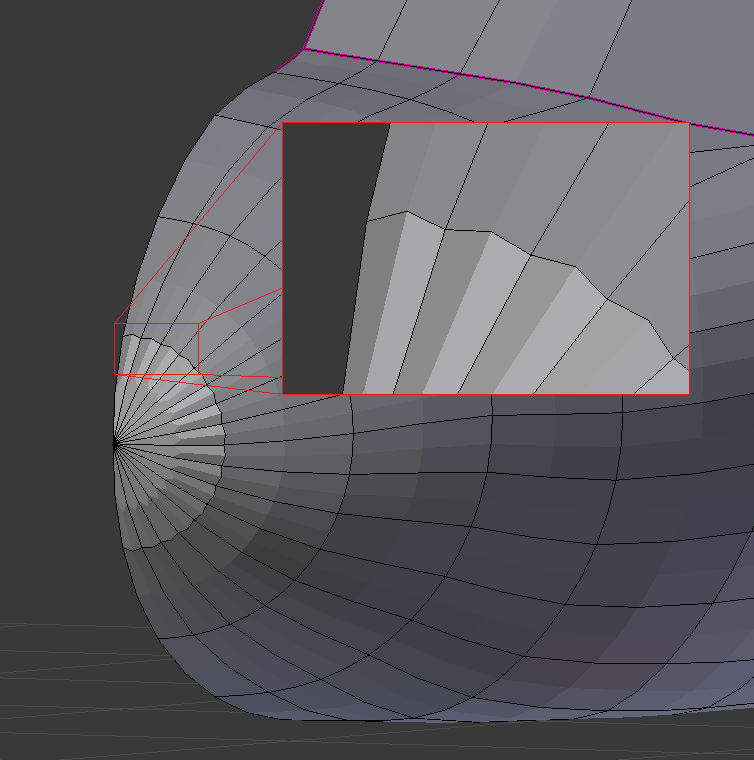 If I add in a second edge loop that is closer to the center as suggested in the post linked above, the ridged mesh topography is still present, it's just confined to a smaller area and is more pronounced the higher the Subdivision surface level is raised: 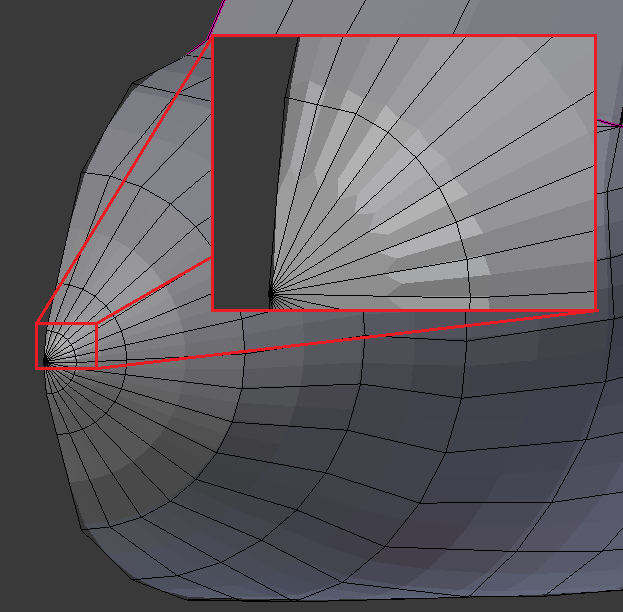 By shading the faces smooth rather that flat, the ridges are no longer visible, however, I do not wish to use smooth shading as it does not fit the scene stylistically (think like the game SUPERHOT). Is it possible to remove the ridges that the Subdivision surface modifier creates without applying the Mirror modifier and manually adjusting the mesh topography?

Because the shape is not a true half circle, but rather a half elipse, when attempting to convert the single center vertex to edge loop vertices on the same coordinate, they do not scale properly, Here is the result of performing the suggested answer from Shady Puck (with the "Adjust cage edit to modifier result" turned on in edit mode for clarity): 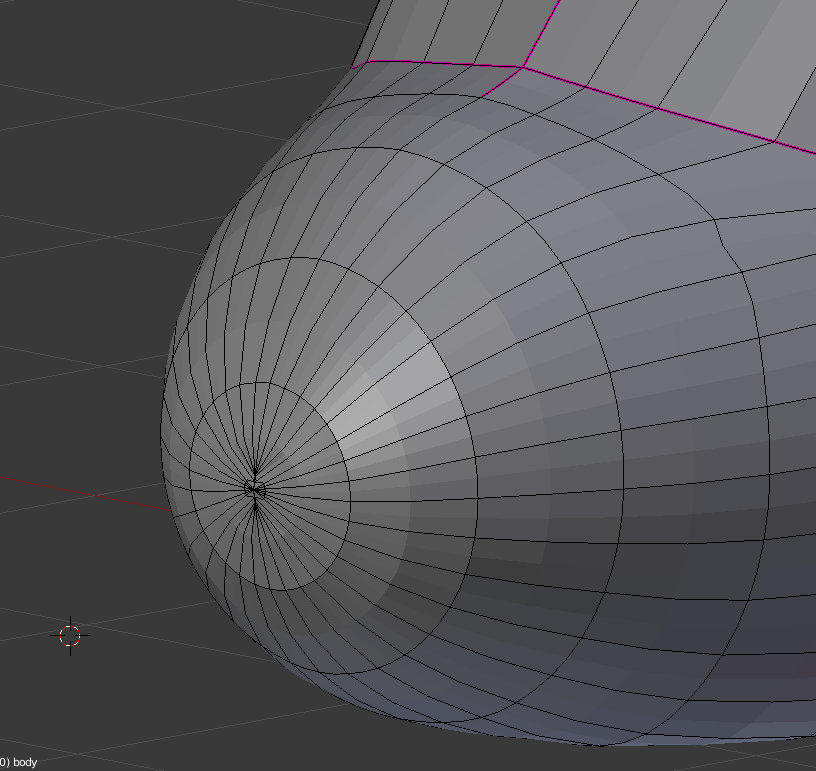 You just need to remove the single vertex, then extrude the inner rings until you can fill the final loop with an ngon. If it's small enough, the ngon should look okay. 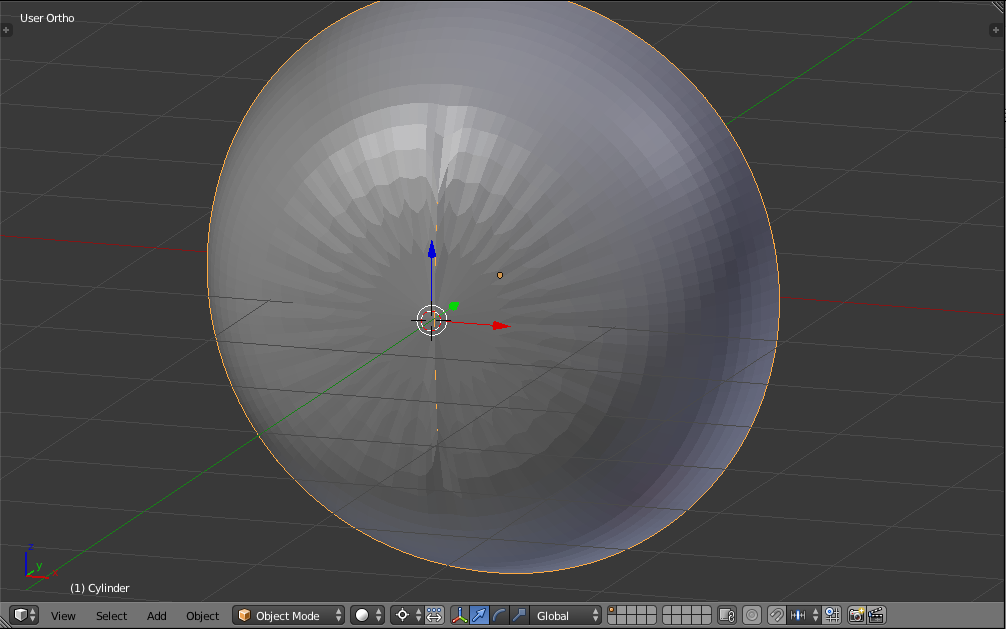 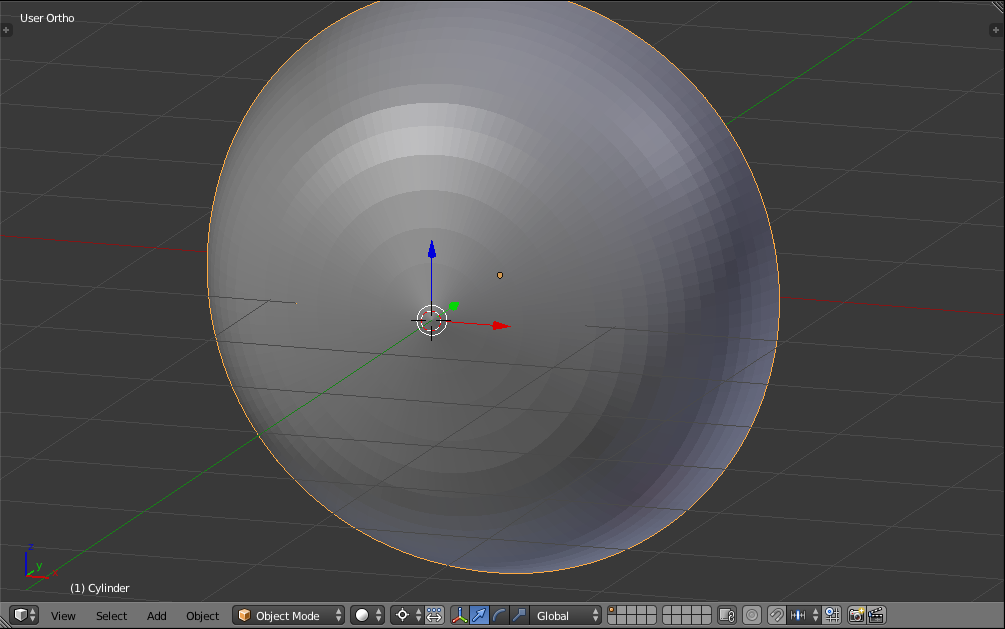 Instead of having the center point be a single vertex, have it be a half loop cut of vertices all at the same (X, Y, Z) Coordinate.

Here's how you can do this.

This artifact is a consequence of how the SubSurf Modifier subdivides triangles.

The best solution is to add an edge loop like you did in the last image, but before committing your change, slide the edge loop very very close to the point.

Alternately, you could use the knife tool to cut an edge very close to the point.

Either way, your objective should be to turn those triangles into quads so that SubSurf has a better chance of smoothing them the right direction.

The BEST solution would be to NOT use a SubSurf Modifier. SubSurf is really not suited to the low-poly style because it likes to be smooth and curvy, not angular and simple. Just make the geo you need, and make it look the way you want.

Don't try to draw a straight line with a compass, just use a ruler ;-)

63
Keep sharp edges when using subdivision surface
12
Why does subsurf modifier cause weird deformation at the end of a cylinder?

1
Subsurface black edge
9
How to avoid the wrinkle at the poles of the UV sphere?
1
Subdivide vs subdivision modifier
1
Adding ridges to a non-flat surface
0
Why adding subdivision surface modifier solid object like this and loop cut not adding?