Problem with applying the Subdivision modifier

I was wondering if anyone can help with a problem I've been having with trying to apply to a Subdivision Modifier to a model that I've been working on for a while.

I asked about this problem on another website, but since this site deals with the more technical elements of Blender I thought that I would have a greater chance of getting help here with this problem than somewhere else.

Anyways, I had been trying to fix some problematic geometry on the lower area of my model's belly but since I had been trying to keep amount of overall amount of vertices to a minimum, there was a insufficient amount of geometry to work with in fixing the issue. I then decided to try and apply the Mirror & Subdivision modifiers to the model so that I could increase of amount of vertices to work with and then use the Sculpting Tools to smooth out the problematic area. It worked as I intended, however, it is here where the main problem of this topic comes into play. 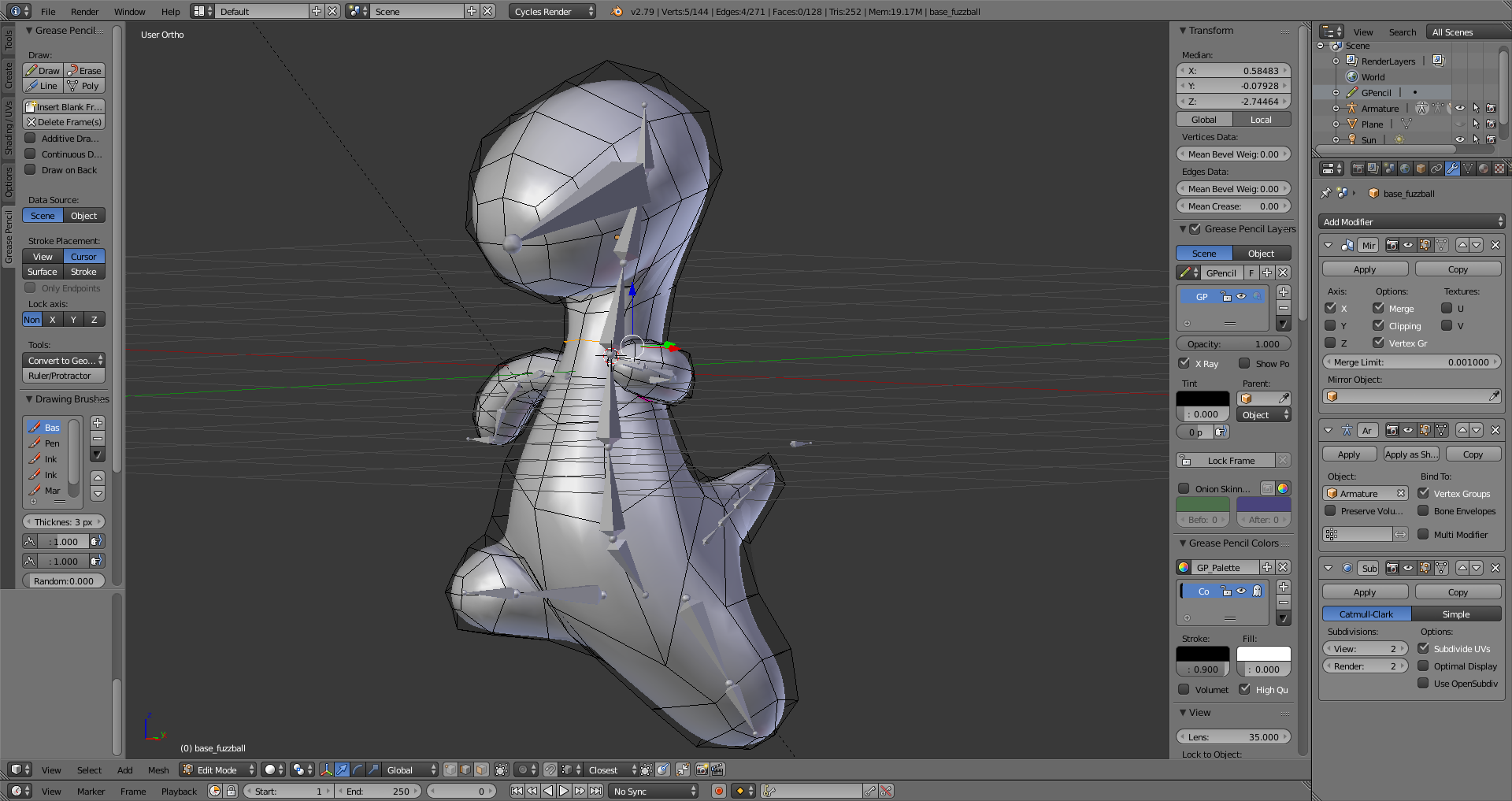 After the Subdivision Modifier is applied, everything seems fine at first but when I try to pose my model, various distortions in the mesh that weren't present before I applied the modifier begin to appear all across it. 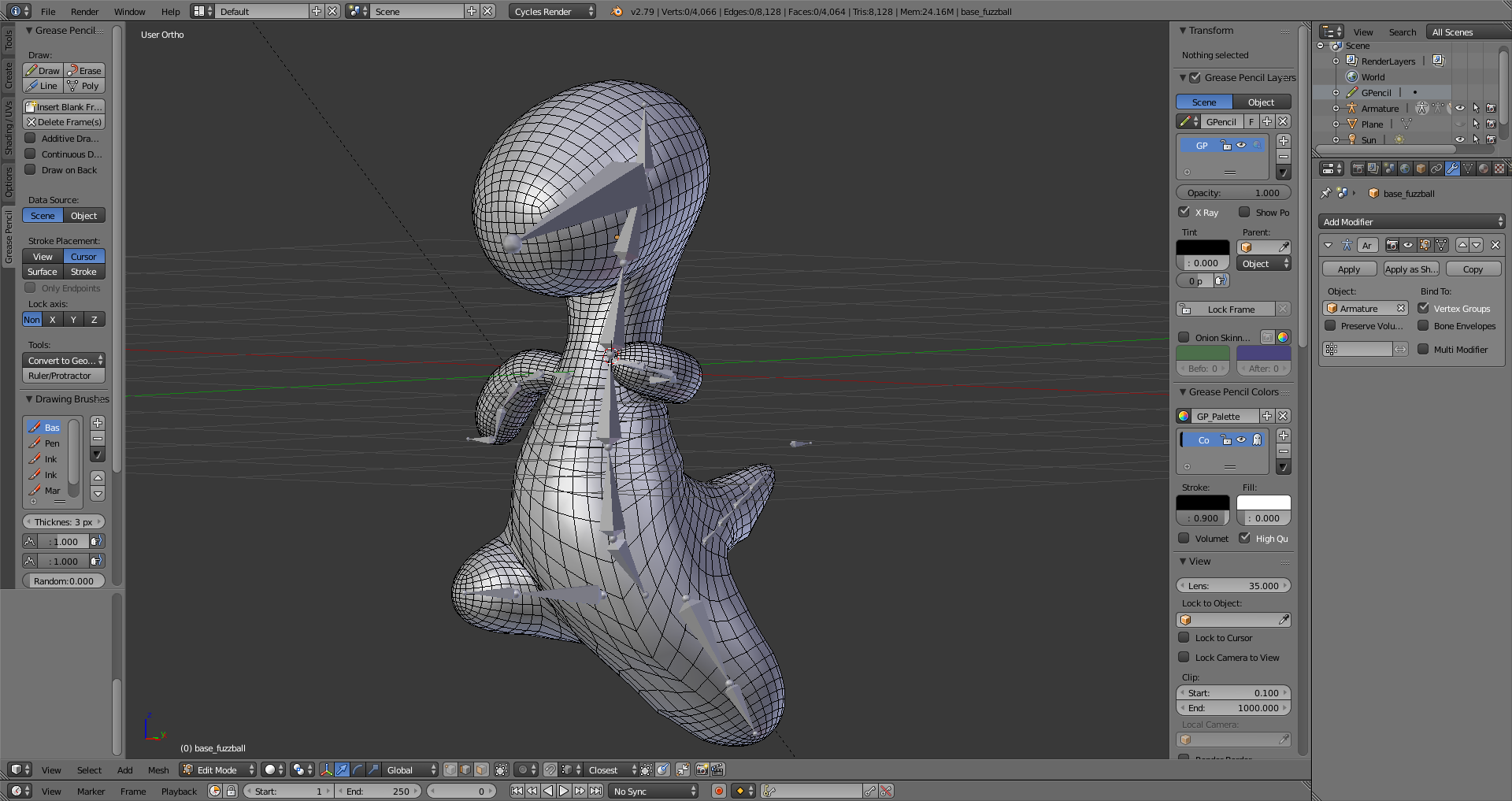 The problem is especially noticeable here with the underside of the model, with a really nasty-looking, sharp corner forming on the back of the foot/leg that shouldn't be there. 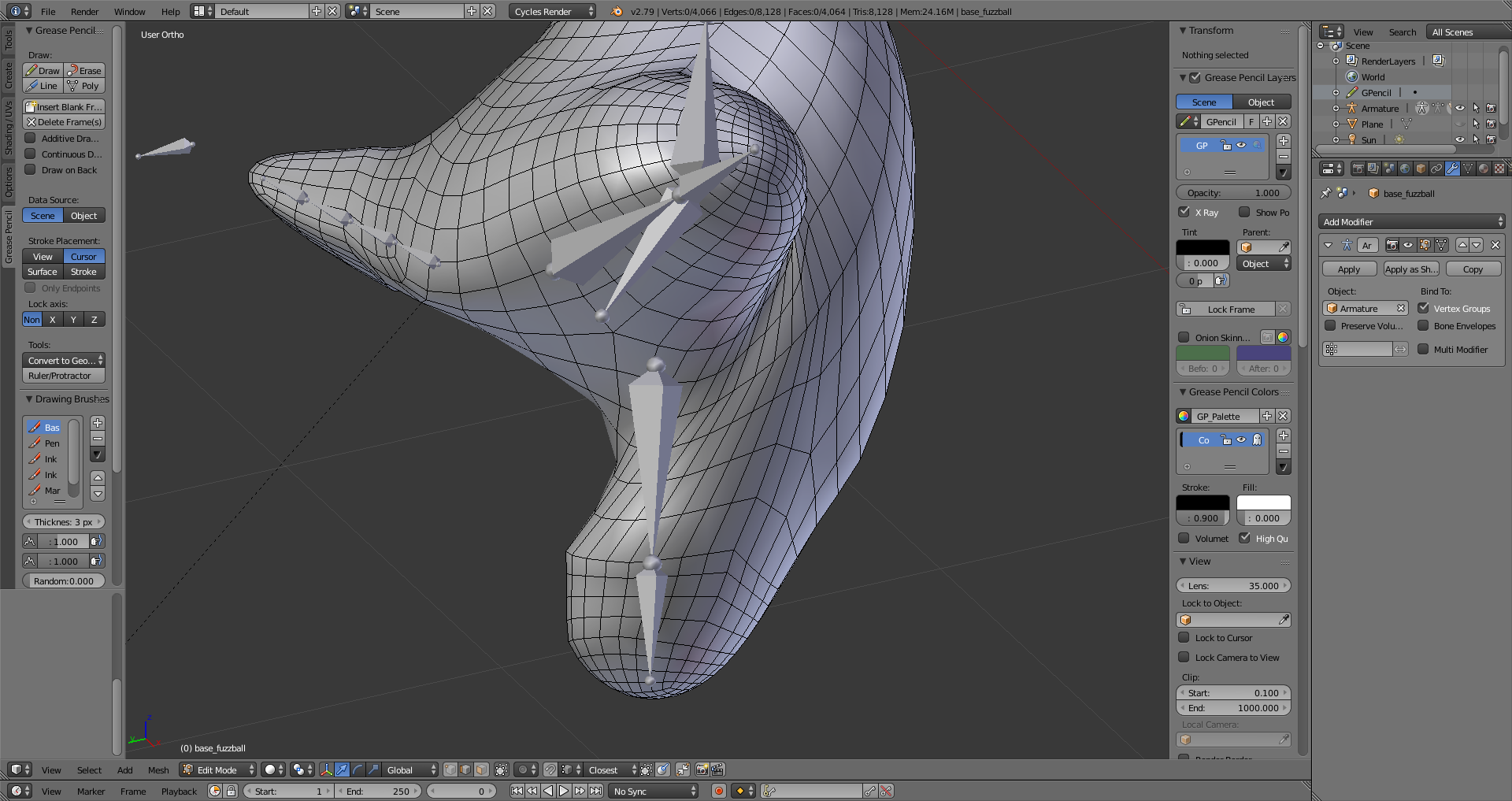 I've included a Blend File that contains a version of the model without any of modifiers applied and without any rigging. I hope that someone will be able to help me out with this issue, and that any aid whatsoever would be greatly appreciated.

It's a bad idea to apply subdiv. If you animate a mesh with an armature, try to keep the topology clean and sufficient, but not redundant. Add 3 loops where the limbs are to allow the mesh stretch correctly. When you skin your mesh to the armature (weight paint), it's much easier to handle non subdivided mesh. And keep the armature modifier before the subdivision.
Yes. maybe your model has insufficient geometry, but it doesn't mean you have to subdiv the entire mesh. Just think where and how you want the model to bend, and add geometry (by hand) just there. And master weight paint mode, it will change your model skinning drastically.
As a good start I'd recommend some tutorials to get understand the basics. I like the rigging series by DanPro on youtube. Try this one, to see what matters on rigging. There are tons of nice tutorials, just find that will suit your skills and taste.

Not the answer you're looking for? Browse other questions tagged mesh rigging subdivision-surface or ask your own question.