Good Afternoon! anyone have any suggestions on the correct node arrangement here? I've tried a couple but nothing is working. Thank you in advance for your help!

Here is how it is supposed to look. this pic is from Noesis, a program used for viewing and exporting game .DATs 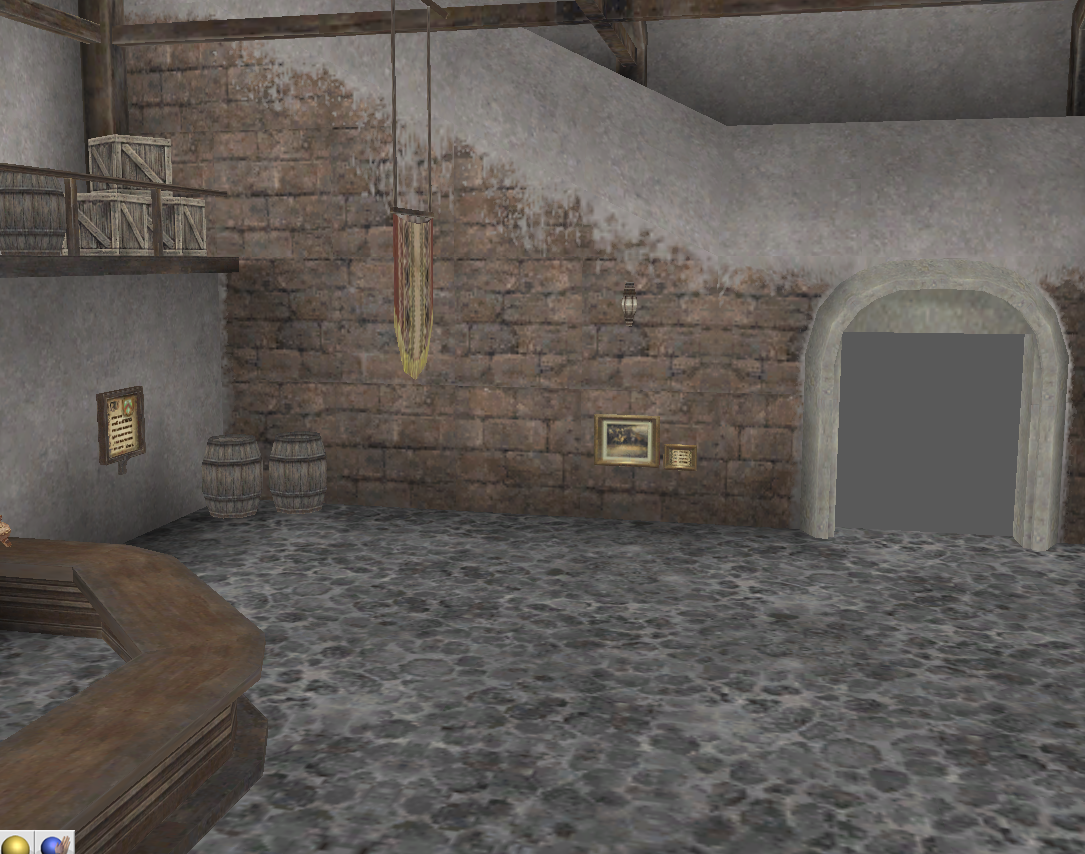 here is the unrendered view in blender 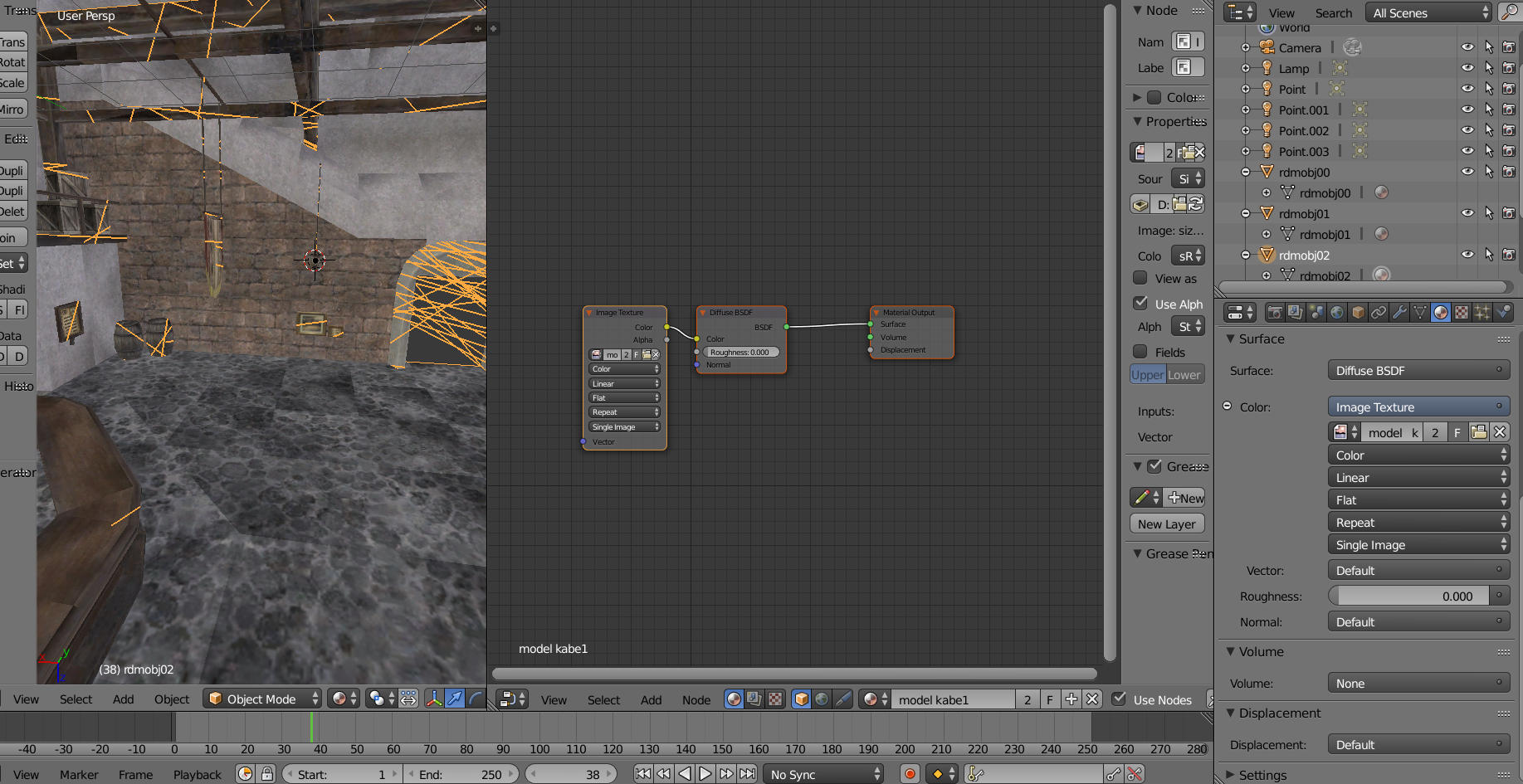 here is the rendered view, and wherein the problem lies. I appreciate the help my friends! 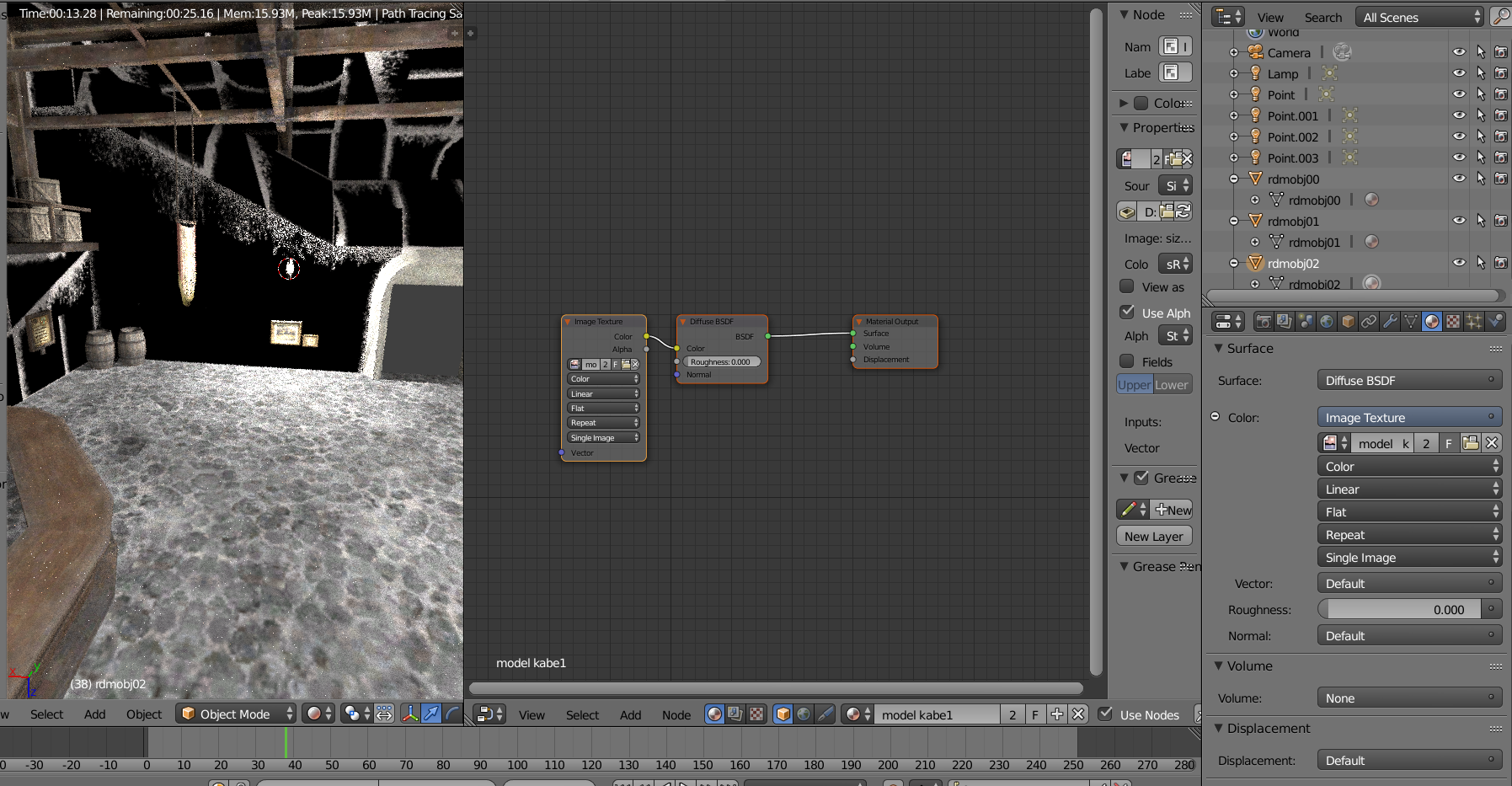 EDIT: here is the .blend and textures https://mega.nz/#F!zaxGCaCa!d09bEVsqxvSnL9_AoRMZSw

The exporter you are using, seems to have some problems:

While this could be controlled with a node setup, the bigger flaw is that the wall consist of two meshes, each with a plane occupying the same space which leads to z-fighting -

leading to artefacts in the final render.

To get to the final render I set up the nodes for alpha channel in cycles like explained in "How to apply textures with alpha channel?"

The problem with z-fighting is described here.

If you need to get this to work, I suggest, you clean up the geometry of the wall (remove the overlapping part, probably needs a fix for the UV-mapping as well) and set up the nodes with transparency to account for the alpha-channel, while excluding the brick texture.

Not the answer you're looking for? Browse other questions tagged cycles-render-engine rendering nodes or ask your own question.

1
How to apply textures with alpha channel?