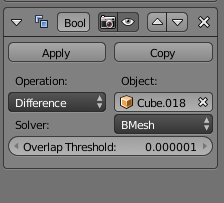 where Cube.018 are the 'ribs' around the edges (they are all joined together in 1 mesh for simplicity 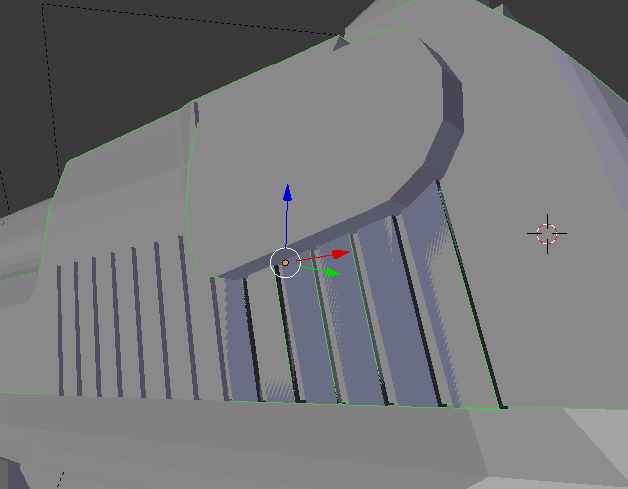 I'm trying to cut some holes in the main object (the ribs actually go into it a bit). As you can see, they all work fine up to when the ribs start intersecting with the extruding cylindrical object (that's actually PART of the green object; it was added in edit mode). Then it just starts going haywire with darker double surfaces (inverted normals? I tried flipping normals already though) and whatnot.

Any help is appreciated

EDIT: Not duplicate because nothing 'goes invisible' and as far as i can tell, nothing connects (although that may or may not be the cause of the double surfaced (?) faces. I also removed doubles for both meshes as well

EDIT 2: As requested by Mr Zak, here are some screenshots in edit mode and the blend file: 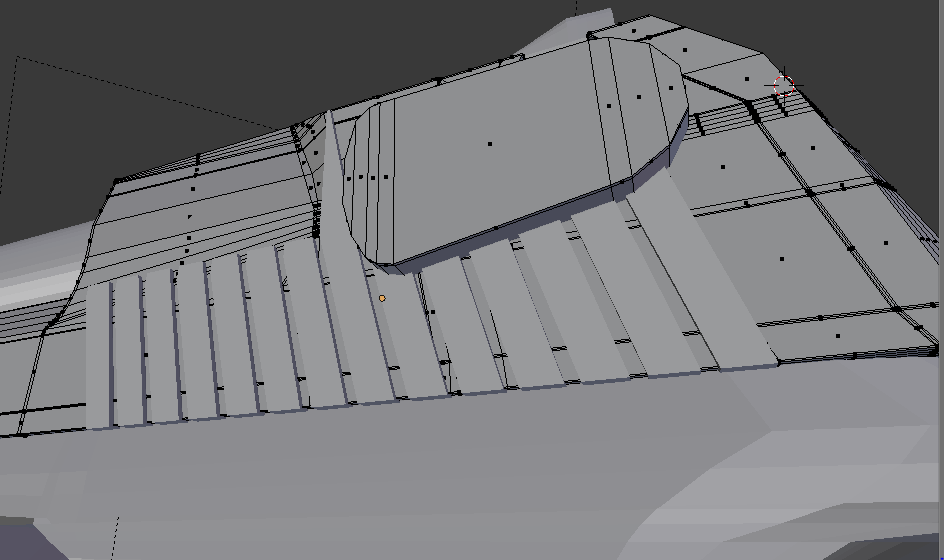 As a workaround, you can try to switch the solver to the old Carve one. The new BMesh solver is usually the preferred solution, as it is way faster, but the Carve onve can handle more of these corner cases. This is what your mesh looks like if you switch the solver type (see the Solver field on the right):

Remember that you need to put the cutting object on a different layer than the source one, and turn off the visibility of the cutting layer, otherwise you always see both objects at the same time.

Interesting. It turned out that if I separated the extruding cylindrical 'sub-mesh' if you will, then everything works out fine. I suppose it has something to do with the fact that I inserted that object in Edit mode instead of Object mode.

Not the answer you're looking for? Browse other questions tagged modifiers faces normals or ask your own question.

15
The Boolean modifier is not working

1
How to divide double faced mesh?
3
Adding custom split normals enables sharp on edges between smooth faces?
0
Snap to face doesn't work
0
Problem with mesh after using Boolean Modifier
1
Boolean modifier not working with hiccup
1
Imported model from Steam version of Fuse has flipped faces when rendered. Flipping normals does not work
2
Issue with boolean modifier with self intersecting array