Refraction bending with planar surfaces in Cycles (2.78b)

I was always under the impression that straight lines should refract and reflect via planar surfaces into straight lines. Cycles seems not to do this in certain instances. In the video below you can see it best on the left face at the start and the right face at the end of the sequence. At first I thought it was a problem with my HDRi but it seems surrounding geometry creates the same effect. Am I wrong in my assumptions, do I have some settings or parameters incorrect in my materials or environment or is this a "feature" of Cycles? 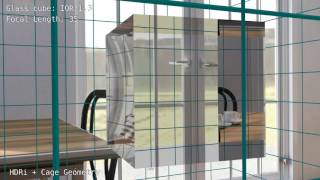 Here's the Blend file (slightly edited since this video was made):

Here's a single face of the cube and no HDRi showing the effect. 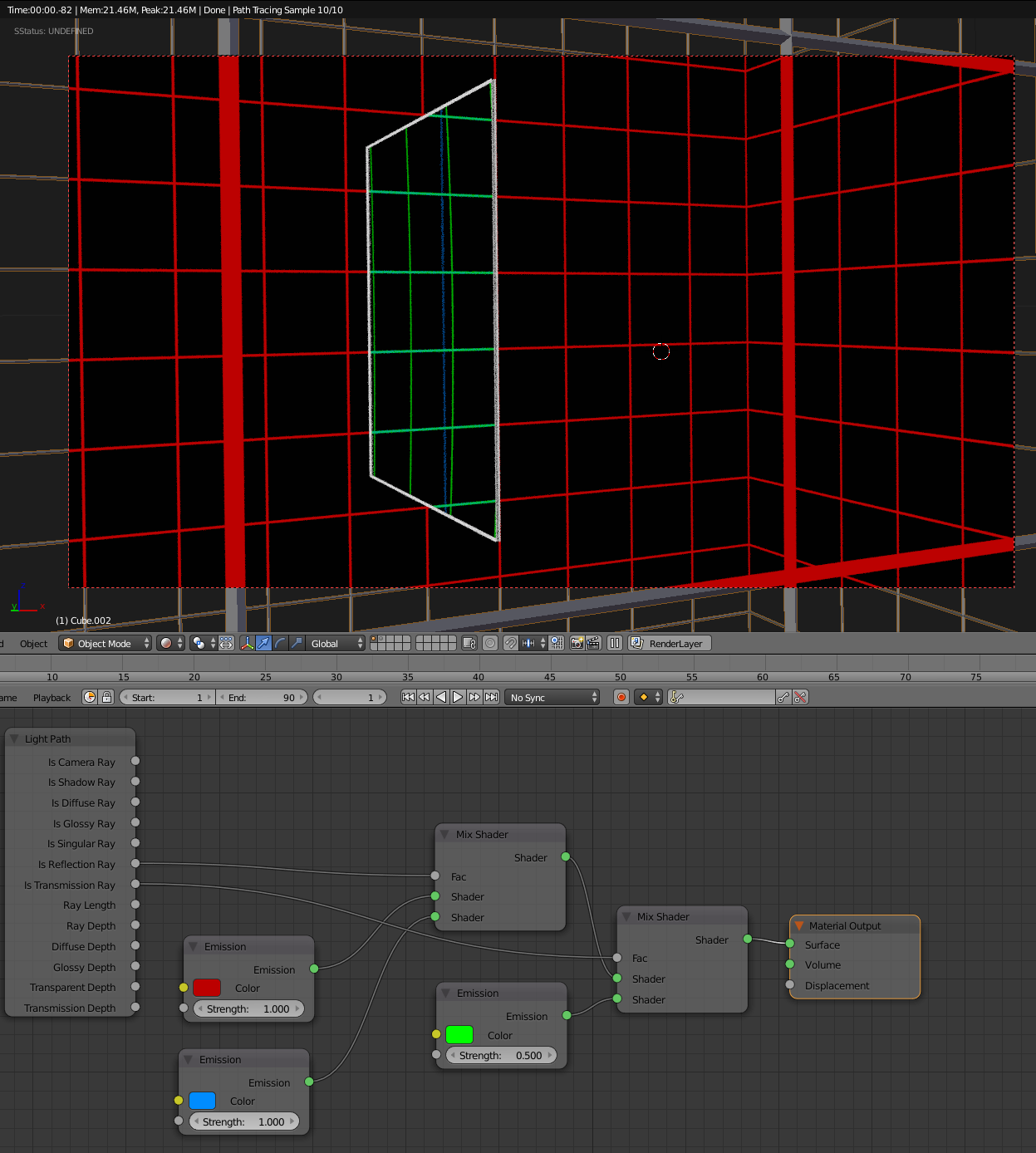 On first look it might seem that refraction on planar surfaces will not distort the image, but just linearly bent it or zoom it:

In real world there are very few examples where the distortion is clearly visible, one of them being refraction on water level:

(Thanks to @RichSedman for pointing this out and patiently making me dig deeper to find the truth and how it works.)

Refraction follows the Snell's law. This means that for every IOR value there exist a critical angle after which the ray won't be refracted but reflected:

We can see this in the above pictures, where the refraction is surrounded by the reflection of pool or sea bed. We will return to this (in Cycles) later. What we also see is the distortion of those refracted rays, so lets tackle the distortion first:

It's best to start with reflection analogy. Reflection is much simpler - the angle of incidence is the same as angle of reflection - their relationship is linear (unlike with refraction). By tracing the reflected rays, we can construct a single(!) virtual viewing point B, from which we see the reflected image: 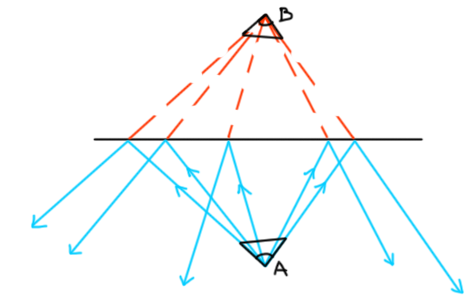 Doing this with refracted rays (and drawing them in CAD with Snell's formula) reveals, that the rays do not intersect into a single virtual viewing point, but into infinitely many of them (because the relationship between incidence angle and refracted angle is not linear). This means that every piece of the refraction we see from different perspective and that is the reason for the distortion (every 2 rays create a virtual viewing point in different location): 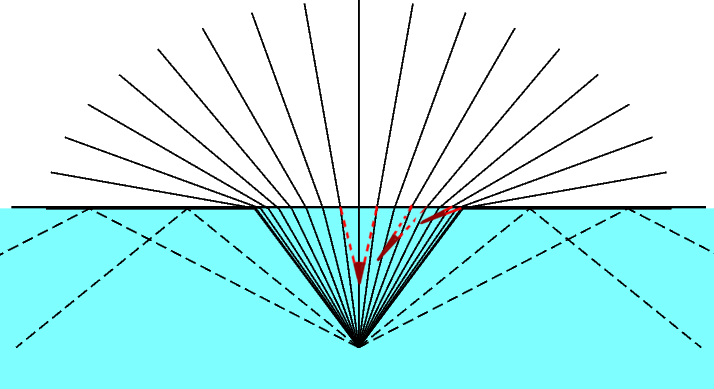 This is physically correct behavior. By knowing this you are now able to create a panoramic fish-eye lens camera from simple perspective camera and a refractive quad (if the engine can do refractions but has no such camera option:) 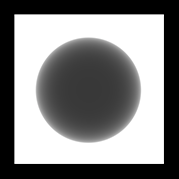 The glass shader has all this already build in.

60
Creating a Black Hole in Blender
7
Glossy reflections and smooth shading
6
Is it possible to opitimize Cycles' refraction material?
2
Planar decimate style in Cycles Shader?
2
Is It Possible To Do An 80's Style Anime Shading? If So How?
3
flat grassshader, like in Dauntless, Fortnite, the Witness, Zelda:botw
0
Make objects reflect from separate view layer 2.8
2
Translucent vinyl plastic material
0
refraction and caustics in cycles