How to model wavy pattern on the surface?

G'day to all B3D community!

I started working on the project to model fitness bracelet and have no any idea how to model wavy pattern on the surface! Maybe you, guys, know some ways of doing that?

I've attached an image of what I'm talking about! 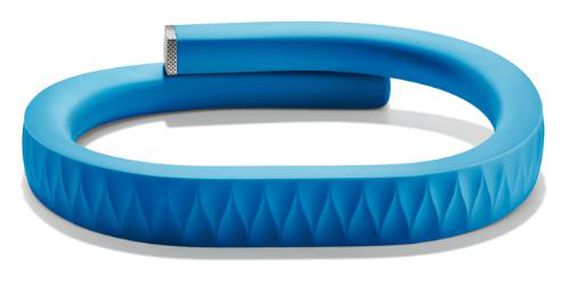 Thanx a lot in advance!!!

Sketch curve, convert to mesh and then refine.

I would start from the sketching the main lines of the pattern using a bezier curve. First thing to place are the start and end point. Grab them around upon a reference image. Then adjust the handles orientation to match the reference curve's tangency (vertical) like the image below is showing: 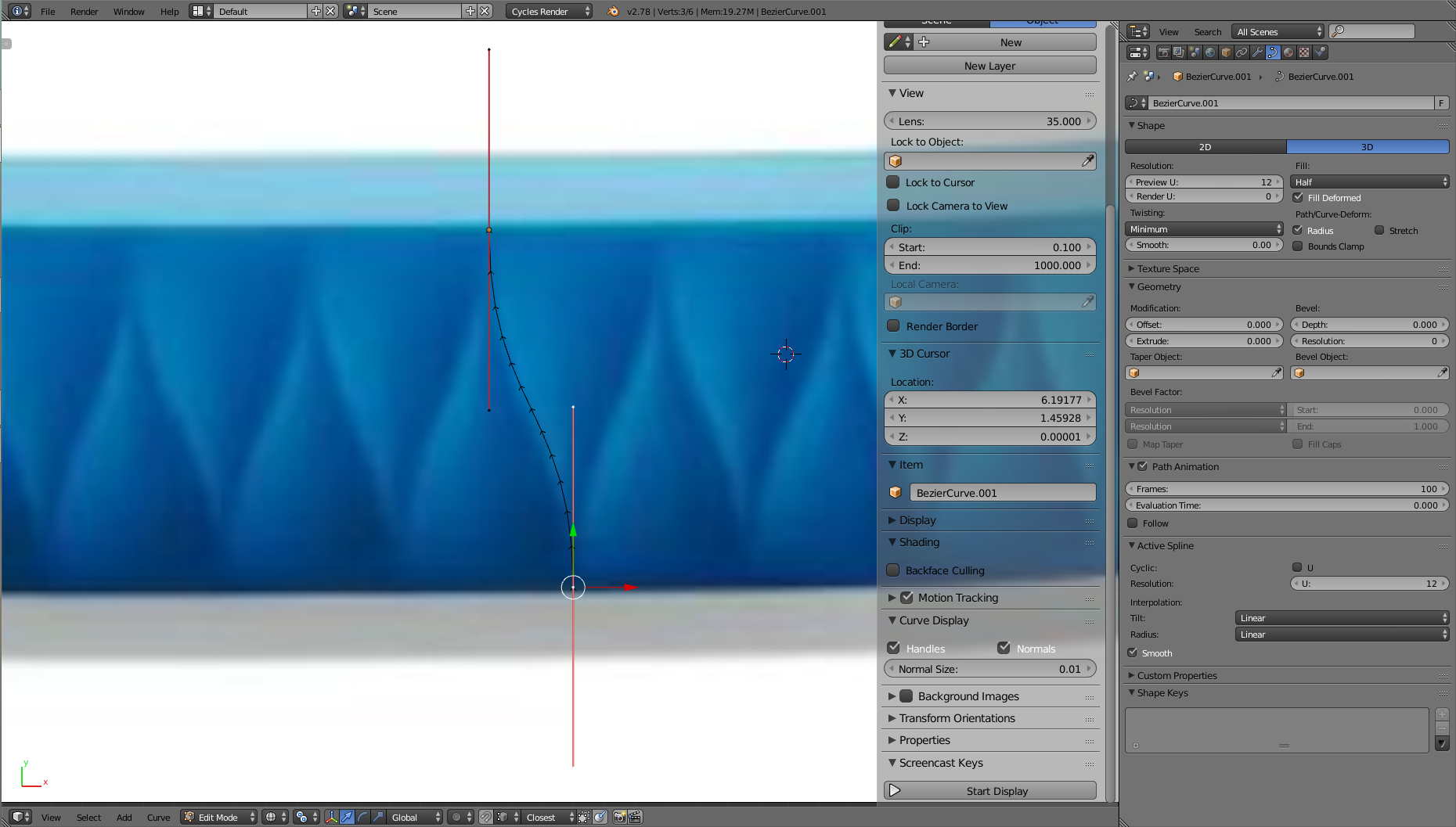 Now that we have the curve, set a bevel object (the black arrow in the picture is pointing mine) to place some faces to work with. At this point you can temporarily add modifiers to the object to get an idea of the final apparence of the pattern: 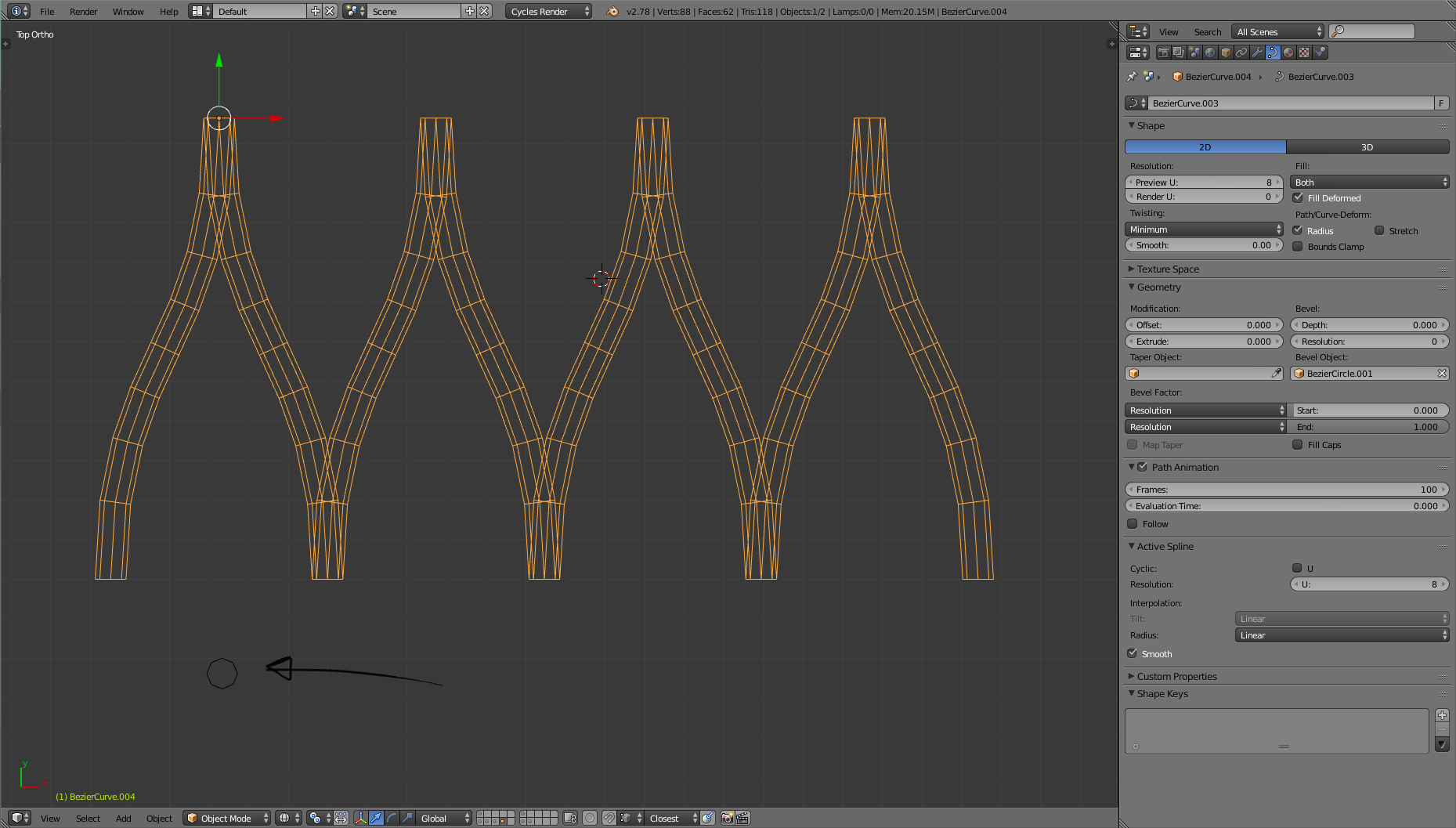 Convert to mesh and edit the object

As for the final model I plan to use the subdivision surface modifier, I kept the curve's resolution low before converting the curve to mesh. After this, run the symmetrize command to mirror and duplicate the mesh around the origin. Then clean up a bit the model by deleting unecessary faces:

You'll have to repeat the operation to take care of the border in order to achieve a fully tileable mesh. Fill the voids with the faces paying attention to not work outside the imaginary boundaries of the figure. You should come up with something similar to the image below: 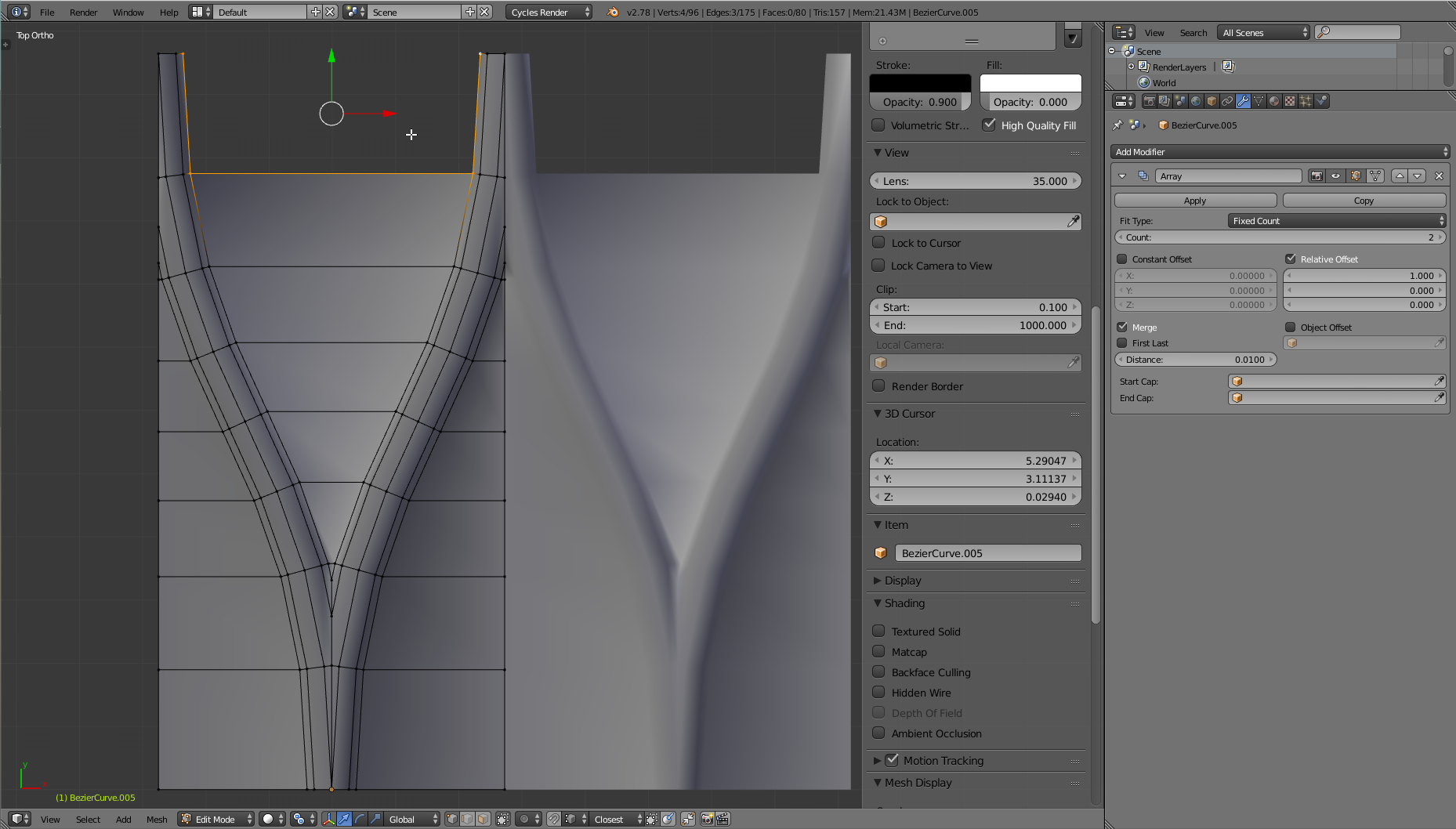 Now that the basic shape is ready you can tweak each vertex position manually, with proportional edit enabled, or even with the sculpting tools, or using the smooth vertex command... in order to achieve the right shape. You can also alter the topology with the knife tool, edge collapsing, deleting and creating faces... till you reach a satifying result. 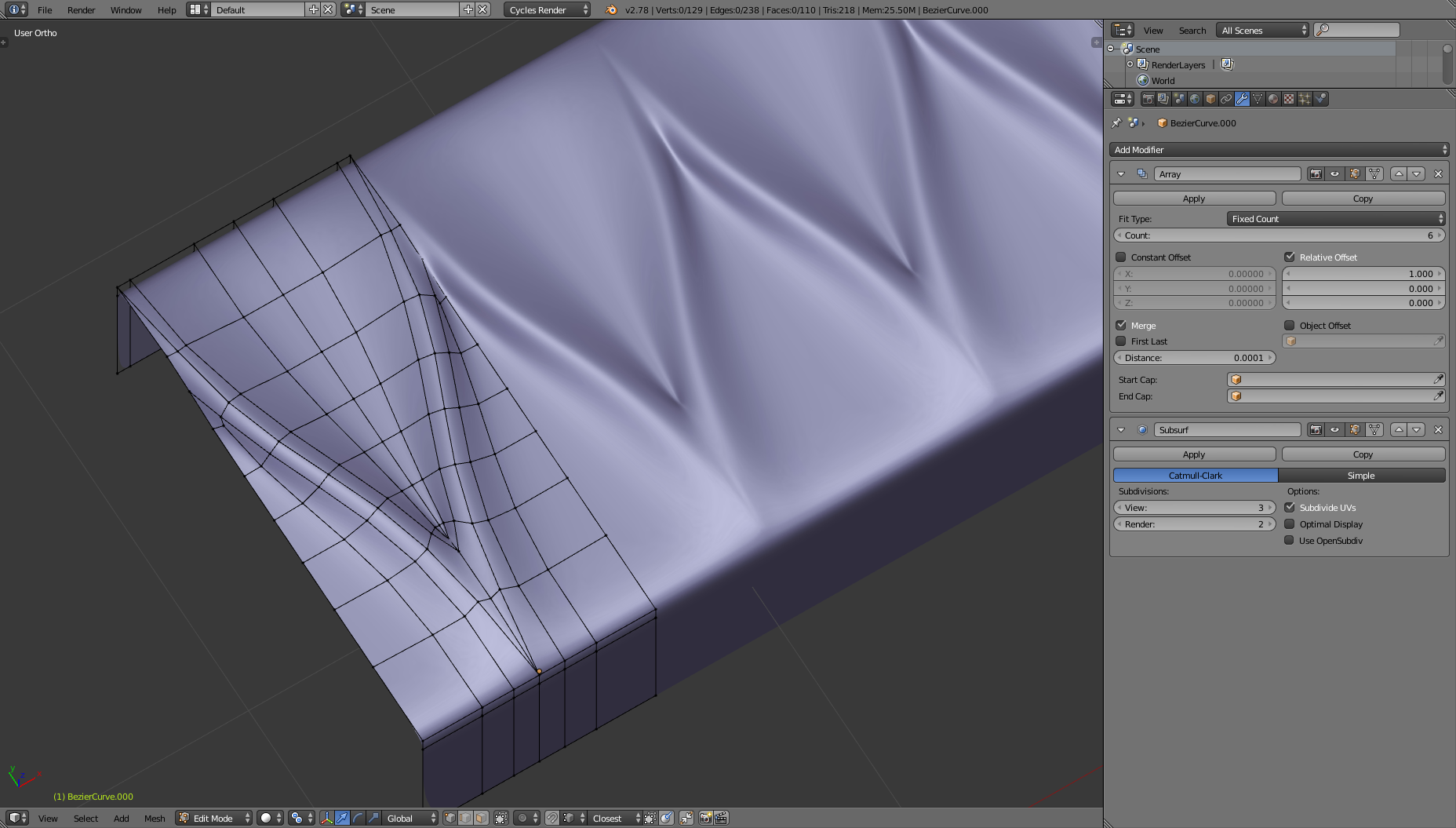 Create a similar texture (in GIMP or other image processing software) then add an image texture node to the material and connect it to the displacement in the last node. This will help you if you are using cycles. I don't know how to do it in the internal engine.

6
Equirectangular world-map UV layout
2
Cloth simualtion (pinning) multiple times on the same model
1
How to model a ribbed pattern along a body
3
Creating a Goldberg polyhedron in Blender
3
Rounded shapes with hard surface modeling (lubricant bottle)
0
How do I solve non manifold errors with this relatively simple shape?