How to bend a sci-fi corridor BUT maintain the straight panels?

Howdie, guys and gals! Okay so I've been using 3DS Max for about 19 years now but I moved over to blender about a month ago. I've settled into it rather well and can use it with great speed now so it's all good there. Really liking Blender so far! However I am wanting to, for personal development only, create some sci-fi corridors. I had intended to create them in a sort of modular format so that I could simply model one section, UVW unwrap it and then copy it multiple times. Below is the model that I had been working on. However I'd like to be able to bend multiple copies around whatever arc I'd like to.

I thought that maybe it wasn't working because of the arched ceiling panels but, as seen in the second picture, they have something similar and are able to do it. When I do it I just get big gaps between the two models.

I've been trying to figure out the best way to do it for days and I just can't figure it out. I've tried using a bend modifier and an array with a curve. They somewhat work but the panels get heavily distorted and/or curved. I need to be able to keep the panels, etc. straight.

Do you think it's because of the drastic angles that I have going on? I originally thought that may be the problem but, as seen in the third image, it shouldn't be an issue... 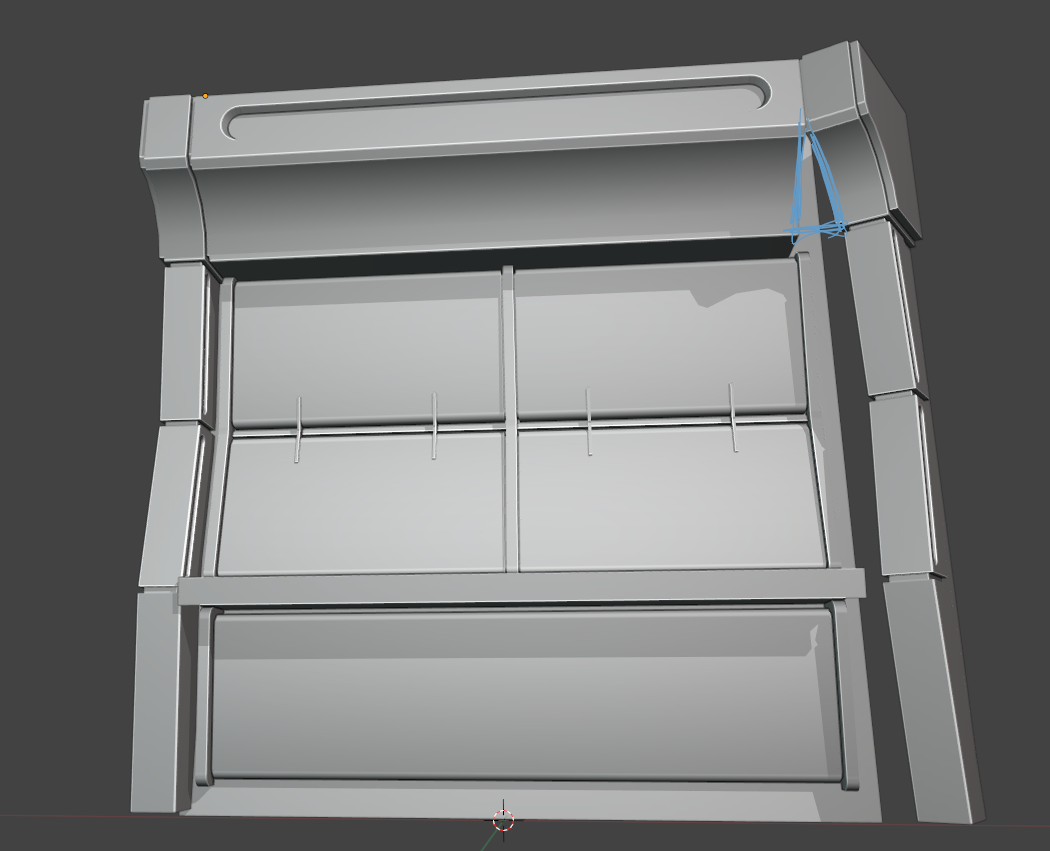 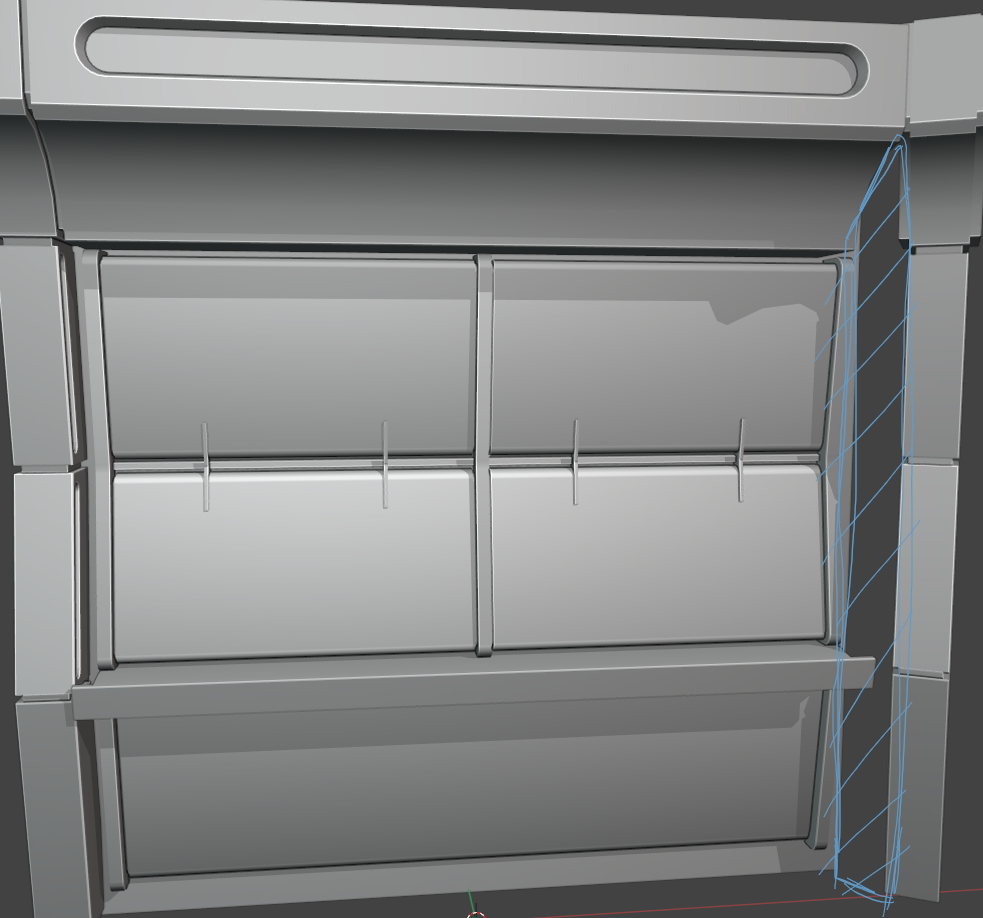 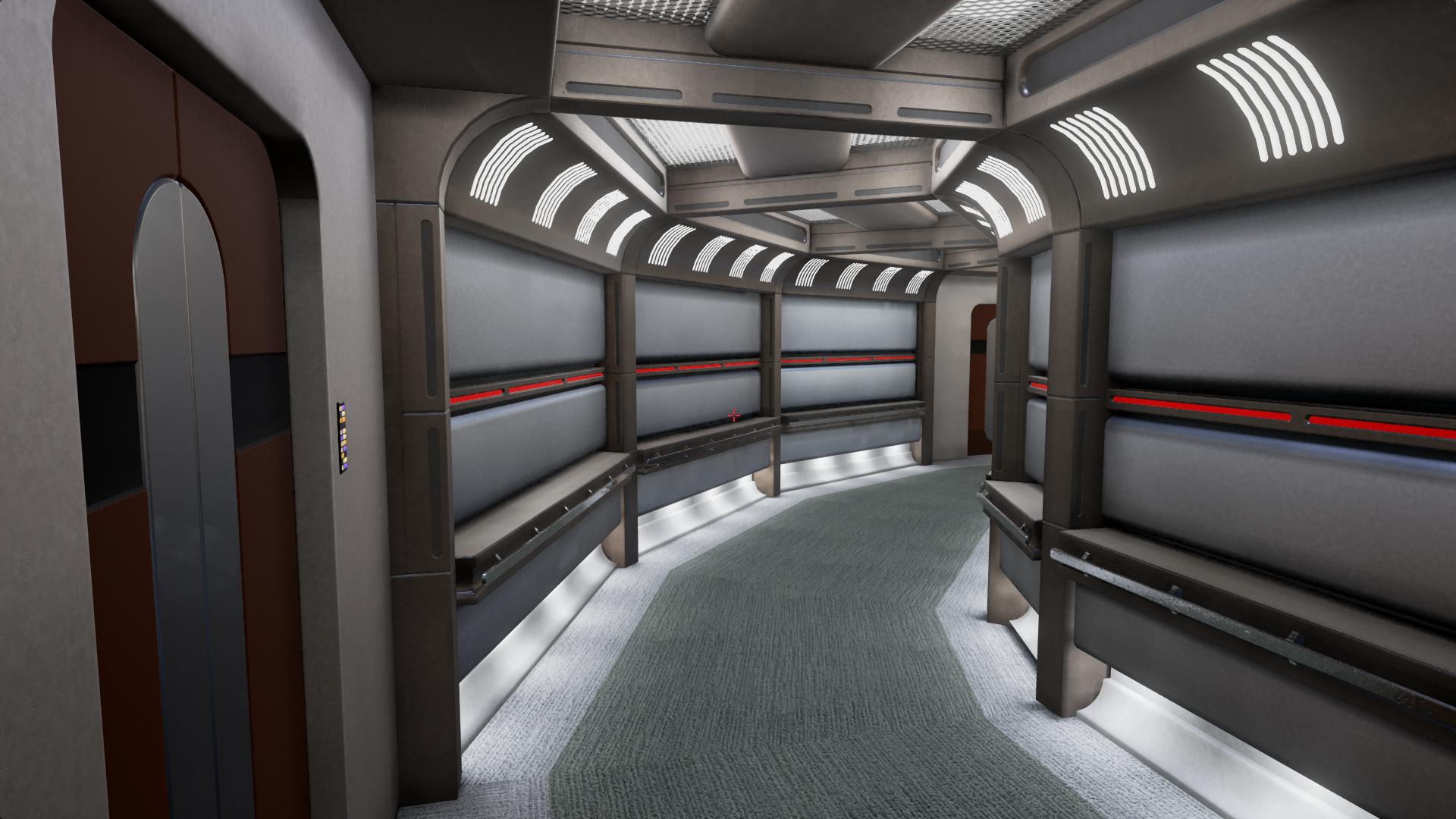 I was finally able to work out how to do it... Basically I only bent the major forms and made sure to use as few vertical edges as possible. For the little insets, things that NEED vertical edges, I used a simple object - copied a few times, joined to and then bent with the main panels. After that, using the "Normal" transform orientation and making notes of scale values, etc. I was able to then work along the faces at their respective angles.

It's a repetitive process but I can think of no other way of doing it without causing deformations.

In a way I suppose it's better to work like this as it means I can save out exact measurements and scaling values, etc. for the other modular pieces so that things remain uniform.

Of course I'll continue to look for an easier way of doing this - maybe align perfectly to centre of a face somehow? I had originally had a plane going around as well, to snap the other parts to but it didn't seem to work properly.

For now this will do! 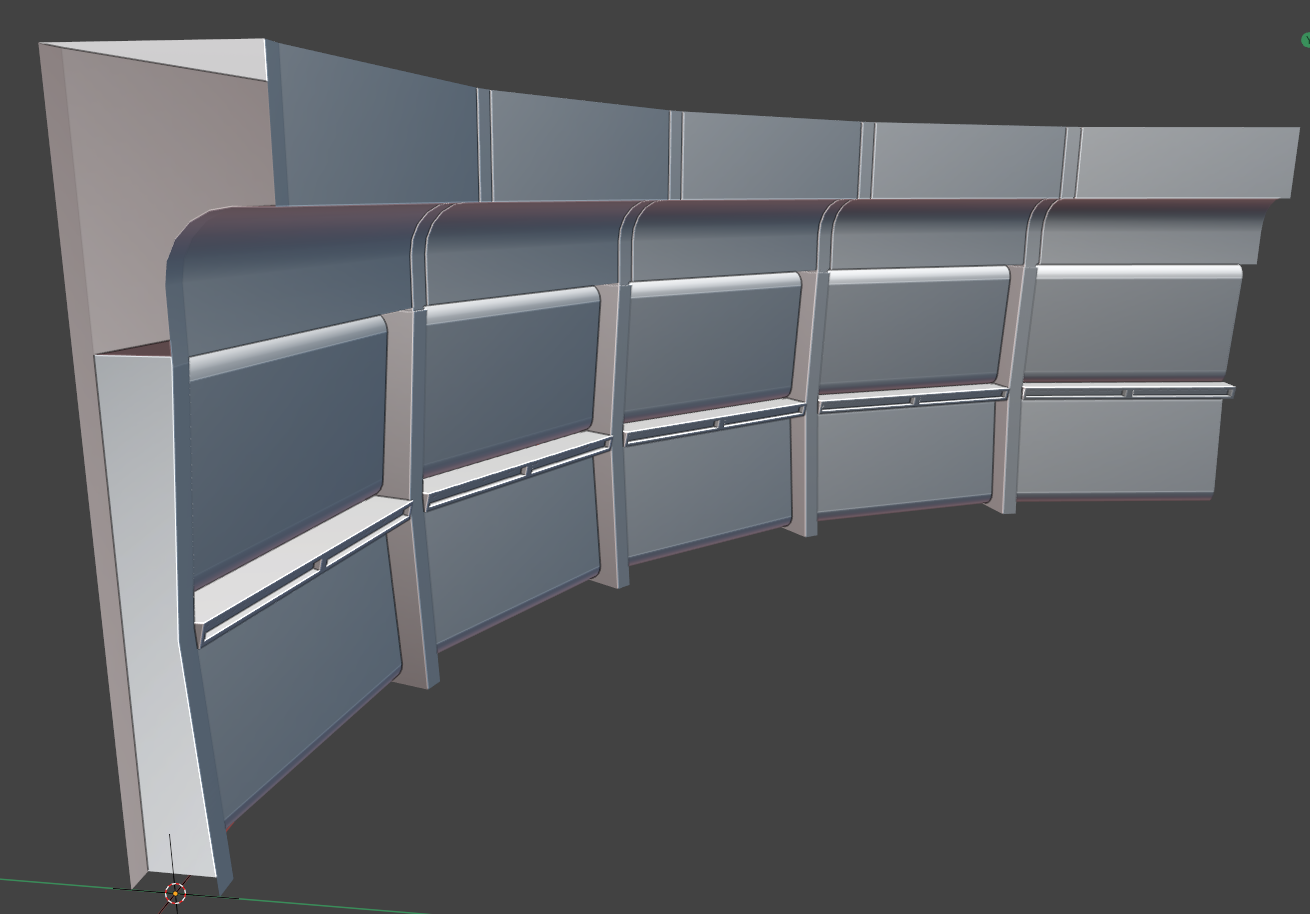 2
Cutting Out Volumes
5
How to create a face when only one vertex is selected?
0
Weight painting basic character. Mesh distorting when moving - Newbie