How to model a ribbed pattern along a body

In Blender, I am trying to replicate the clothing (in the picture) on my high-poly model. Specifically, I am looking for help in how I can replicate the texture along her belly and inside-breasts.

My successes and failures so far:

I did a decent job with the seams by using a bezier path which I drew on my model and then extruded. This gave a similar appearance - but would love to hear other ways.

The belly pattern I have tried doing the same way. Drawing individual bezier paths with mirror modifiers. However, as the path was extruded into a flatter shape and had to be rotated to try to fit to the model - it just wasn't working out so I abandoned it.

Next I made a cube into a cross section of the design which I applied an array modifier to and a curve modifier to anchor it to the bezier paths. This I've met with a little success with, but it's far from perfect and would take lots of proportional editting to get onto the body and then wouldn't look anywhere as clean as in the picture below.

Thanks in advance for any help and suggestions. 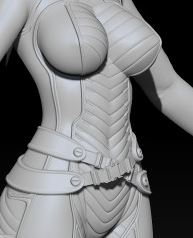 You can model your pattern flat and use Shrinkwrap modifier and then add thickness and bevel to it with other modifiers. As long as you have enough of geometry in your pattern, it will follow the surface of another object: 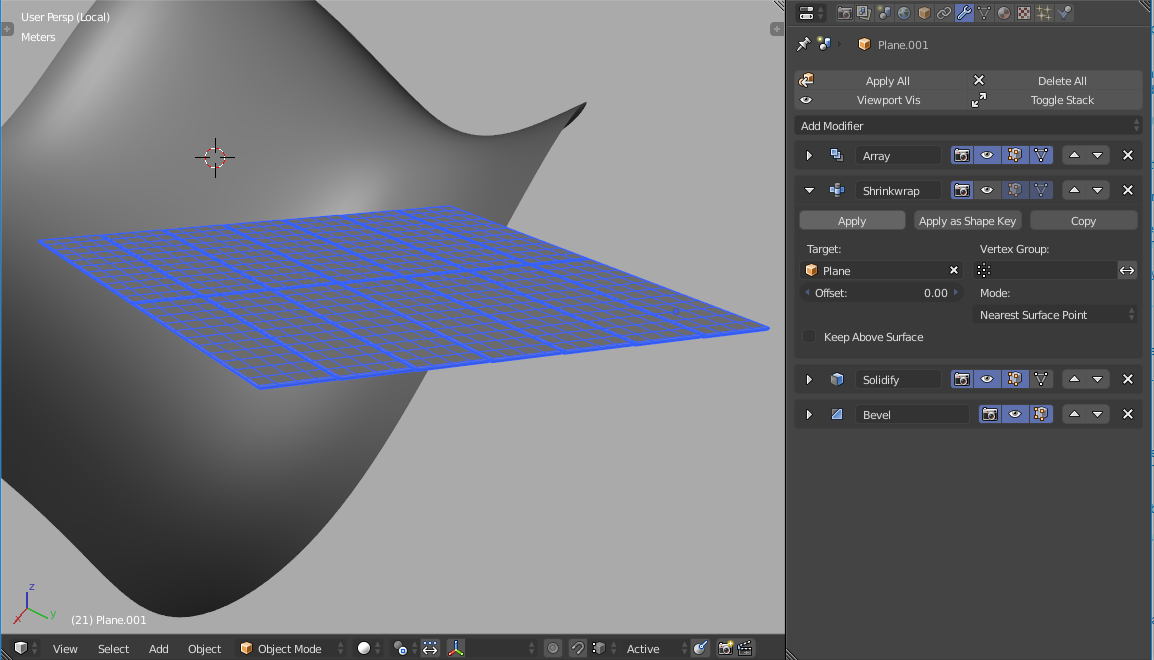 You can also edit the deformed mesh easily if you enable modifiers for edit mode:

2
How to solidify photogrammetry model by filling it from inside?
4
How to model this Pattern
0
Bending a ping-pong racket
1
How to stretch selected vertices to mathfunction or bezier
1
Curved mesh topology 2
0
Best way to modify this particular model
0
how can i get sharp edges?