I heard about this thing called ngons, and adding ngons to your mesh. I am wondering about how to add an ngon to my mesh, and what it looks like. There are no obvious tools for adding an ngon. How do I add an ngon?

An N-Gon is simply a face with more than 4 vertices. 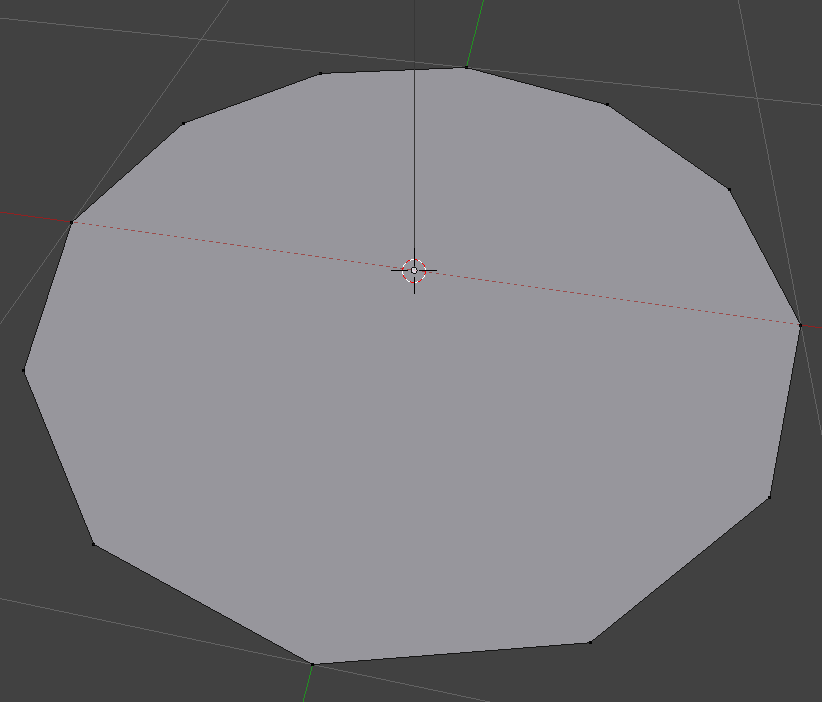 Notice how there aren't any edges going across it, it's all one face.

To add one, just select more than four vertices, and press F. An N-Gon is just another type of face.

Now, an N-Gon might seem great, but let's look at what happens if we pull of of the virtices from the last image up in z space a bit. 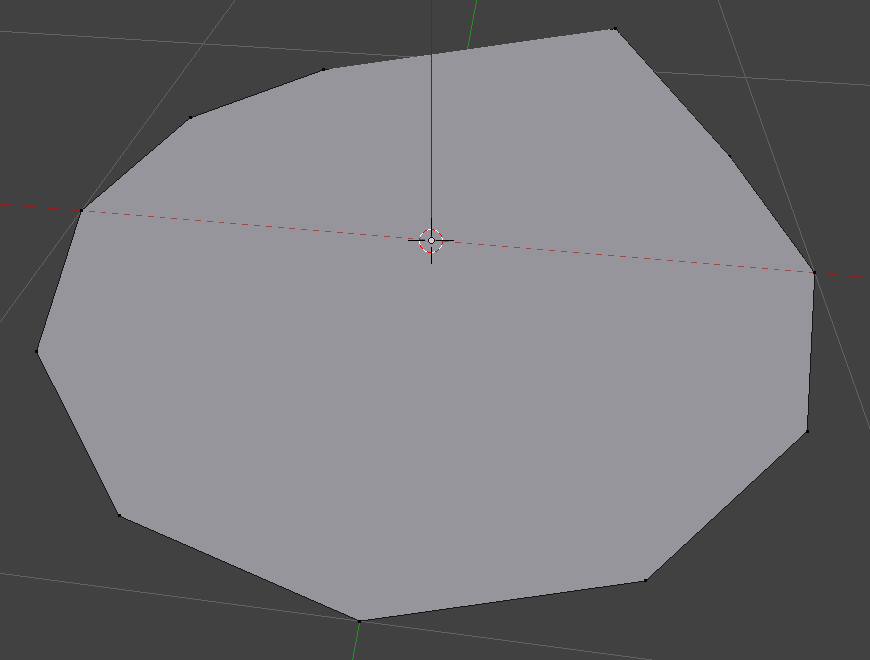 It might look okay, but notice how you don't see any shading from the raised vertex. Now let's look from another angle.

It might seem okay, but notice how the shading is the same all around. There's no change in color throughout it. To amplify the issues even more, let's run this through cycles.

3D view (for a point of reference) The selected Vertex is the raised one.

Notice how odd the shading is when it's rendered, especially when you compare to how it's rendered in the 3D view.

To understand what's happening here, we'll have to take a quick look at how faces are rendered, or prepared for rendering.

Tris are the only thing that the GPU can render, so that means that every face you make, has to be split up into a Triangle. What's happening here, is that the Blender is having issues splitting up the face, because it has no way of knowing how to split it up effectively. This is where the real downfall of N-Gons are.

But there couldn't be an explanation of N-Gons without mentioning their issues with subsurf.

Take a look at this example of a cylinder that is capped with an n-gon.

As you can see, there are lots of distortions.

Pro's and Cons of N-Gons?

65
When should N-Gons be used, and when shouldn't they?
0
Best way to divide a face of a cube into several specific faces
2
Bevelled Edge Shading
1
Blender to Poser 10 issue

1
How to get sharp edges with subsurf and concave Ngons
1
How to remove Triangles and Ngons
4
Complexity versus NGons!
0
Boolean or cuts without creating ngons
2
Fill a mesh of edges without adding new edges or creating non-manifold geometry
1
Convert polygons or ngons to quads using bmesh
0
Weird line shows up on mesh model for a gun, and on Blender Guru's tutorial a weird cube like shape appears with sub surf. Why?