How to make a low poly cone [duplicate]

The answer below is 100% false for the following reasons:

As you can see in the left pictures the normals are messed up at the tip. the only reason the normals aren't messed up in his final product is because of 3x Subsurface applied to it. Then it no longer becomes low poly, see picture on left. 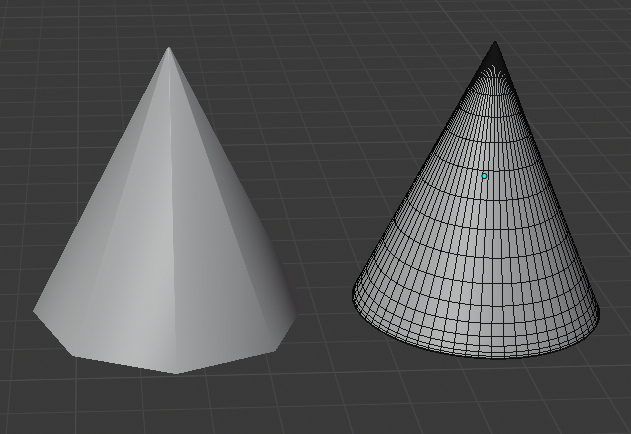 This is what happens when you smooth shade a cone: 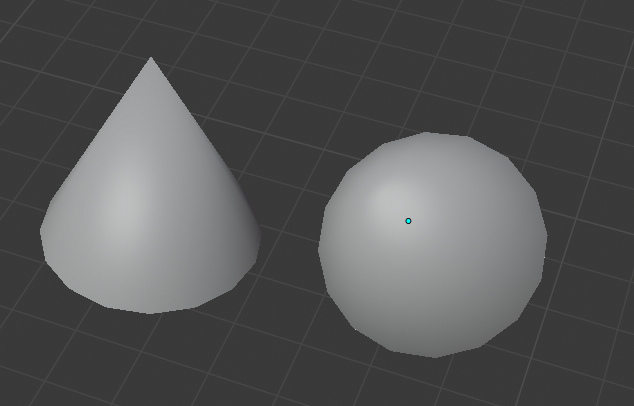 Now maybe we can try again I ask again: How do you smooth shade a low poly cone? 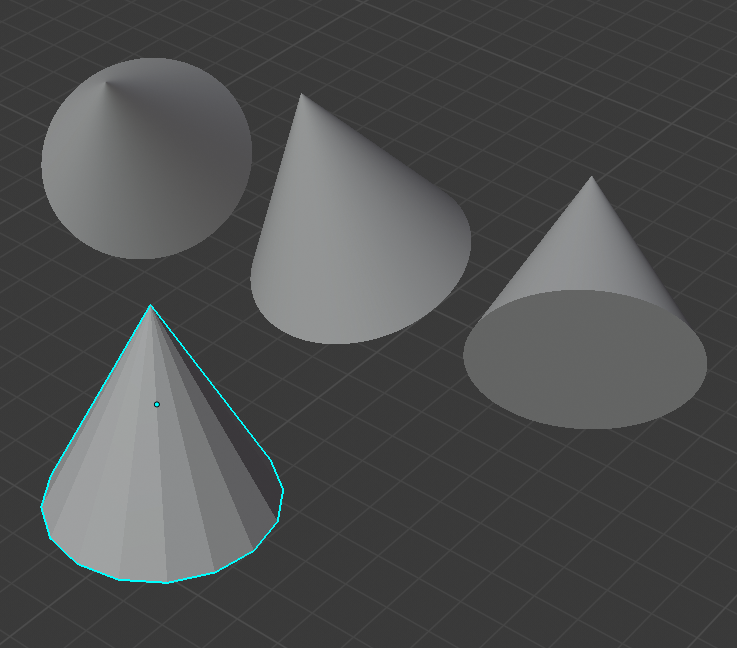 Probably the best thing about blender is that even after a decade of modelling, when you think you know it all, you can still learn something new - in this case, it's that the best way to make a smooth shaded cone in blender is to not use a cone at all. Since blender deals best in quads (especially when shading), and a cone is full of tri's due to the top face being "closed/merged", it's best to use as cylinder instead.

Take a cylinder primitive (low poly works fine). Select the top face and scale it by .001. 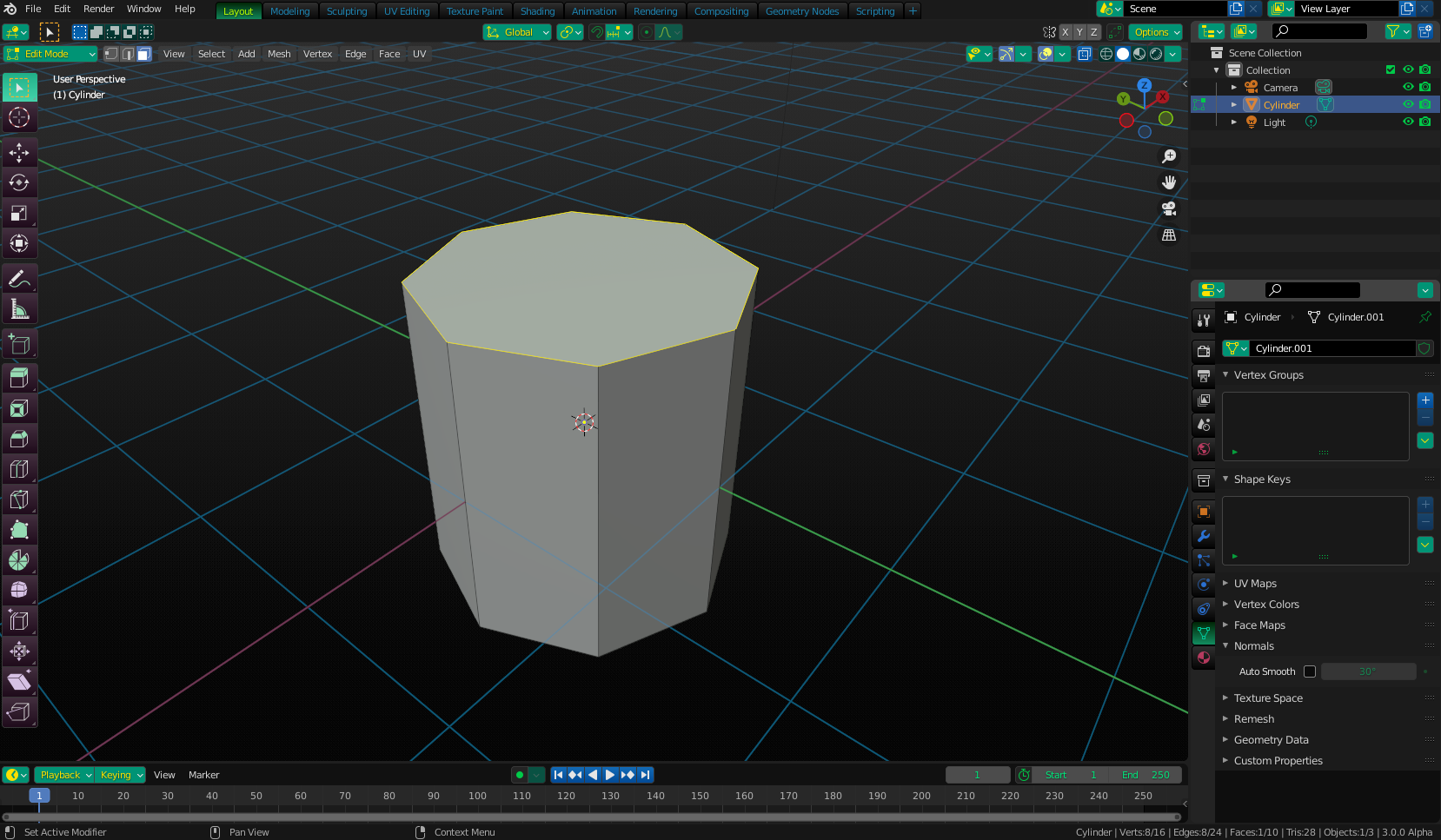 Select the top and bottom faces and inset by something really small like .0001. 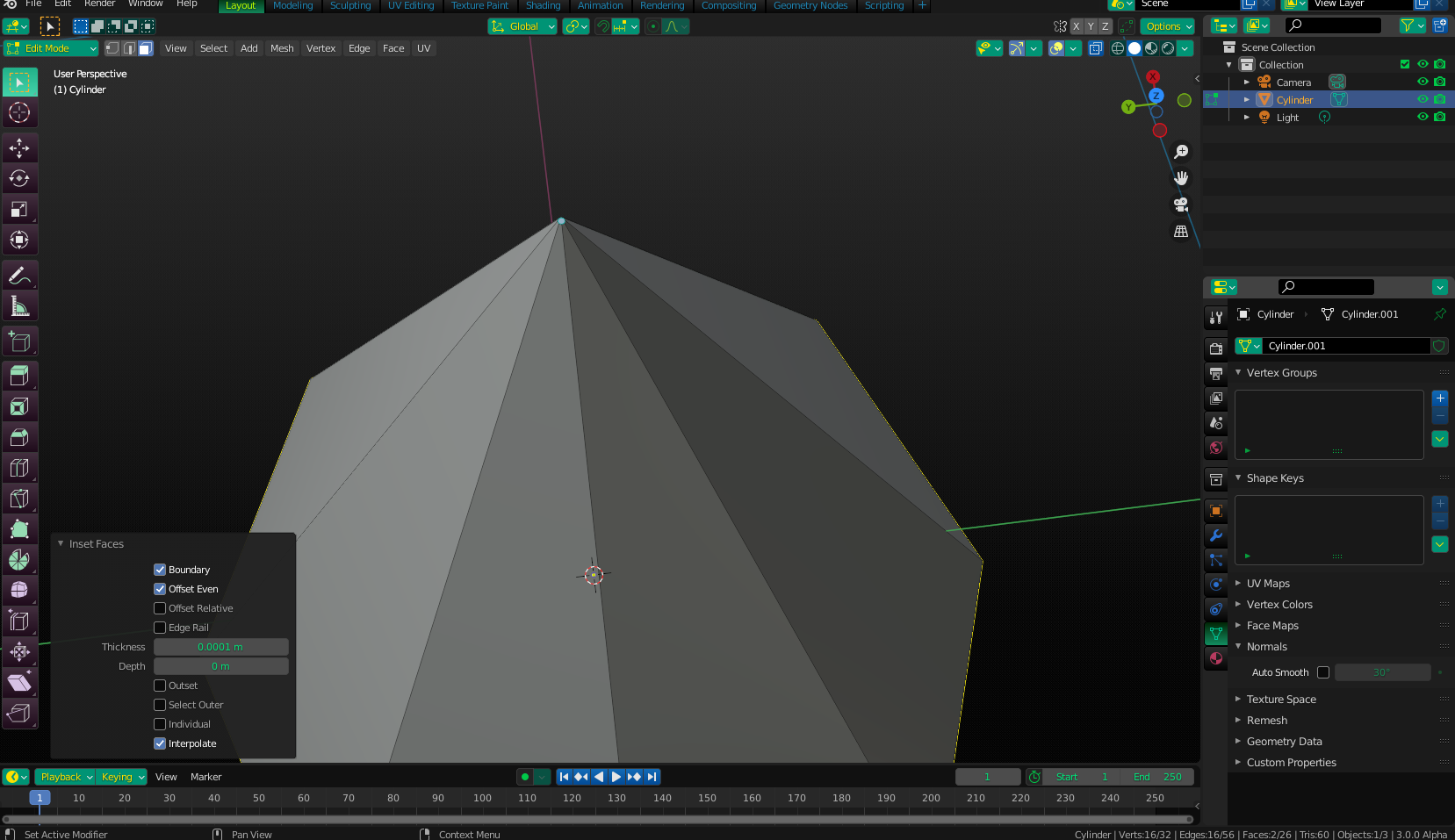 Add loop cuts to the top and bottom: 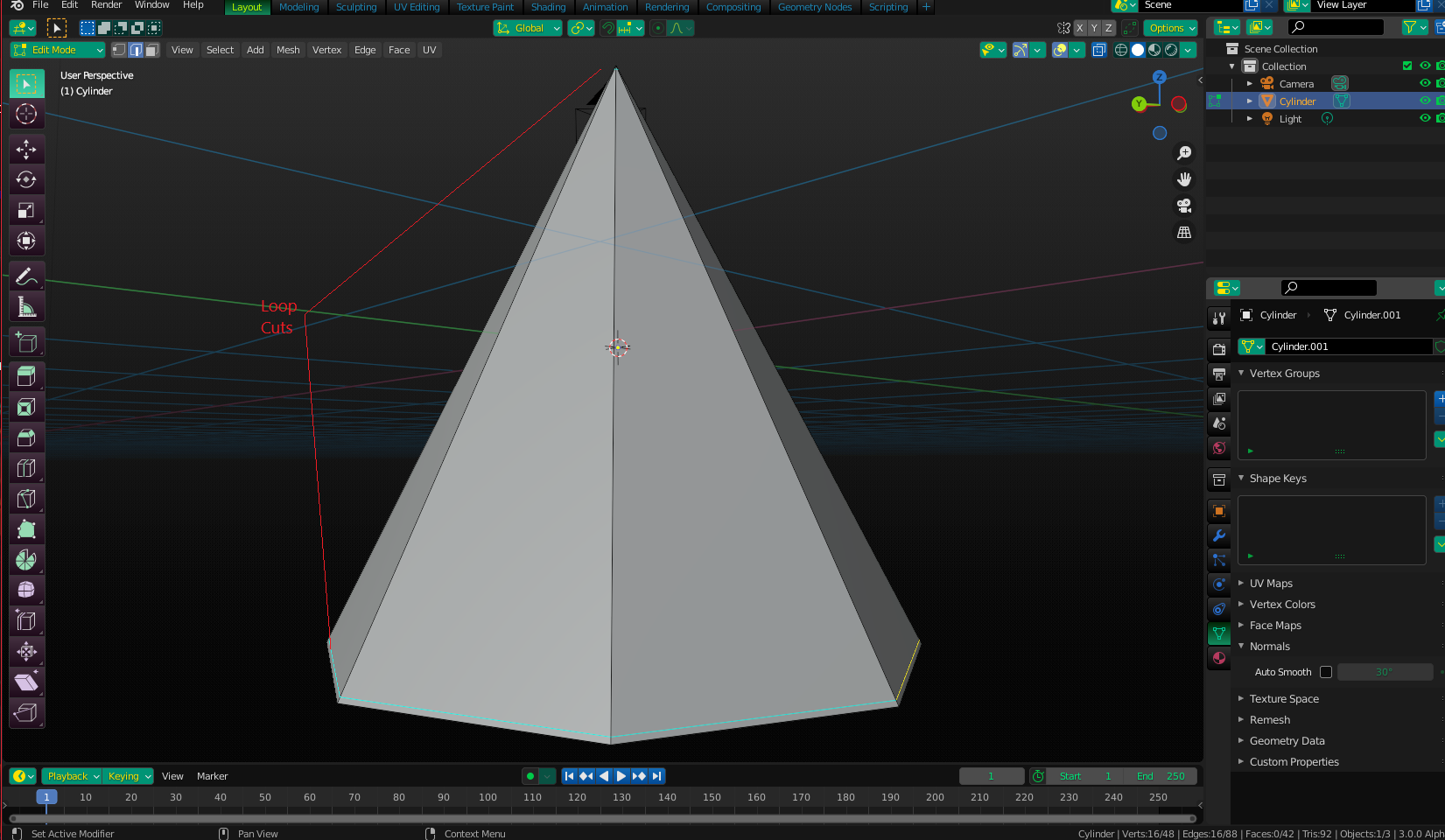 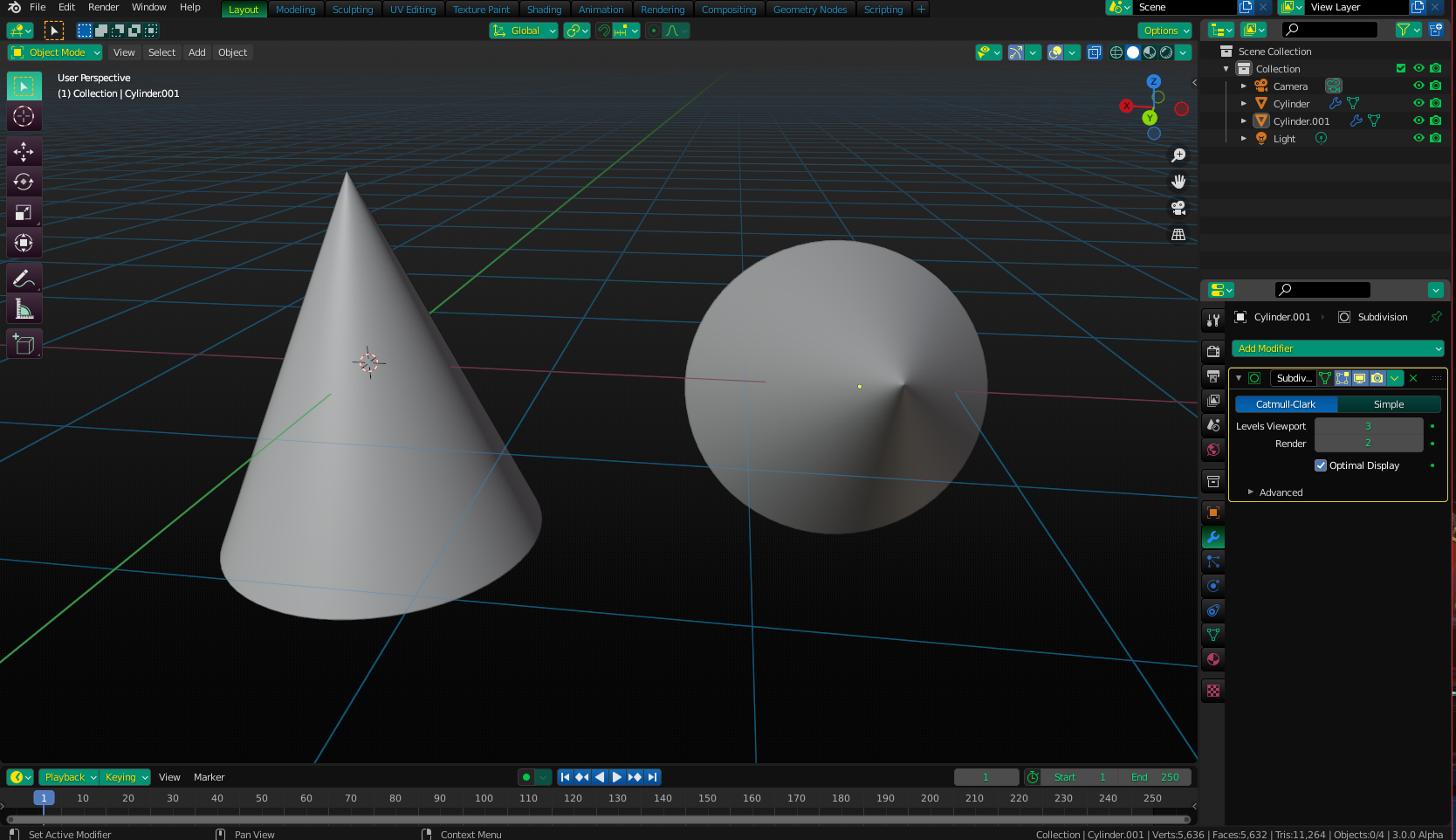 Of course it's not a "true" cone, but you can make the "tip" almost infinitely small, so visually, it will be imperceptible, even at close distances. Simply due to the fact that the mesh is quad based, blender won't throw any wonky shading (the kind normally associated with tri's and n-gon's).

1
Normals messed up after applying transform
5
Normal map baked from multires looks bad (seams and general wrongness)
0
Why is this Normal bake triangulated?
0
Baking normals from high poly model to low poly issue
1
Normal baking issue, some parts are low res
0
See-through faces, but just in game and probably not because of normals?
3
Distorted normal map on smooth surface
0
Bake normals map does not work well