So, does feeling like a noob in Blender continue for YEARS or something? Because I'm about exhausted by this. Here's a material that is working, from someone's tut example: 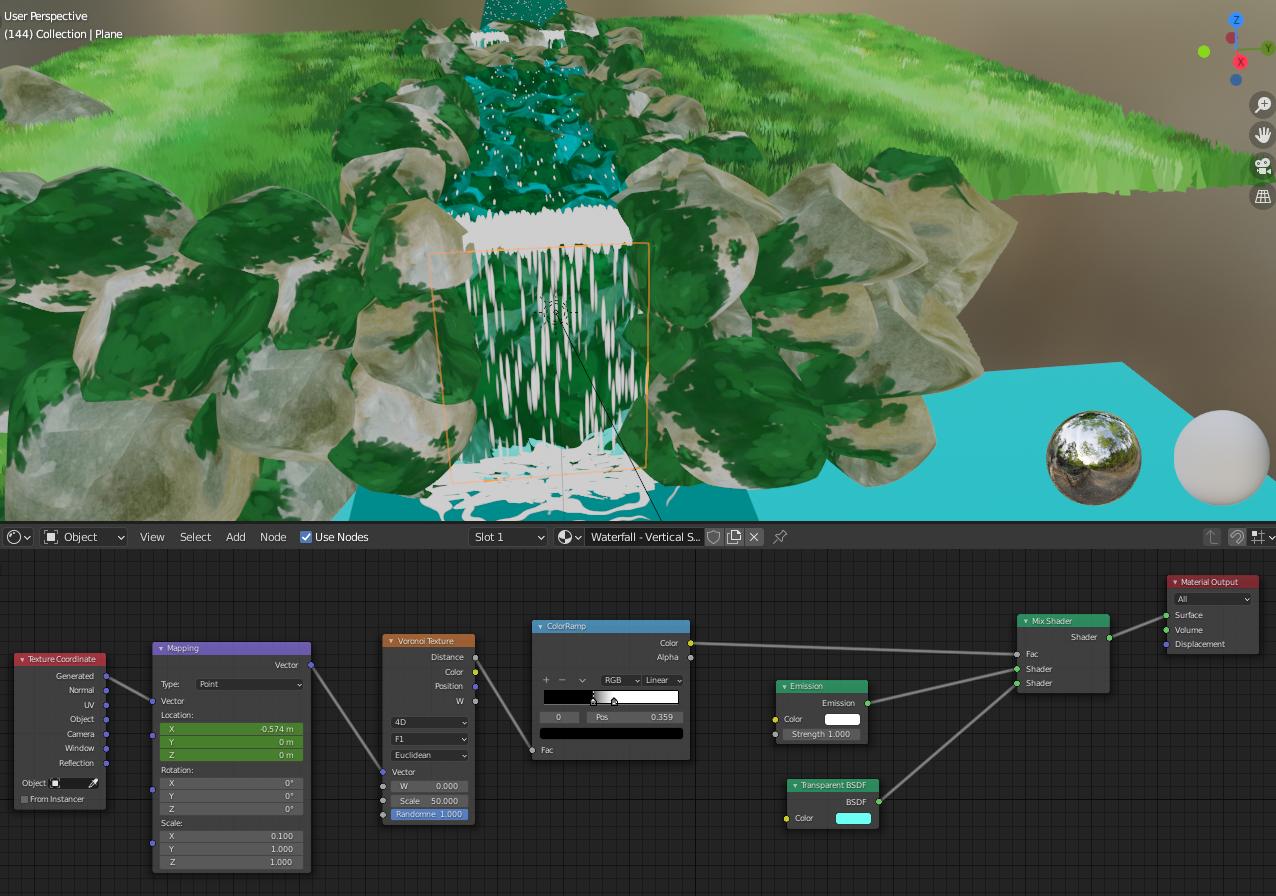 Note that the alpha-effect is working so that you can see what's behind the 'water'. 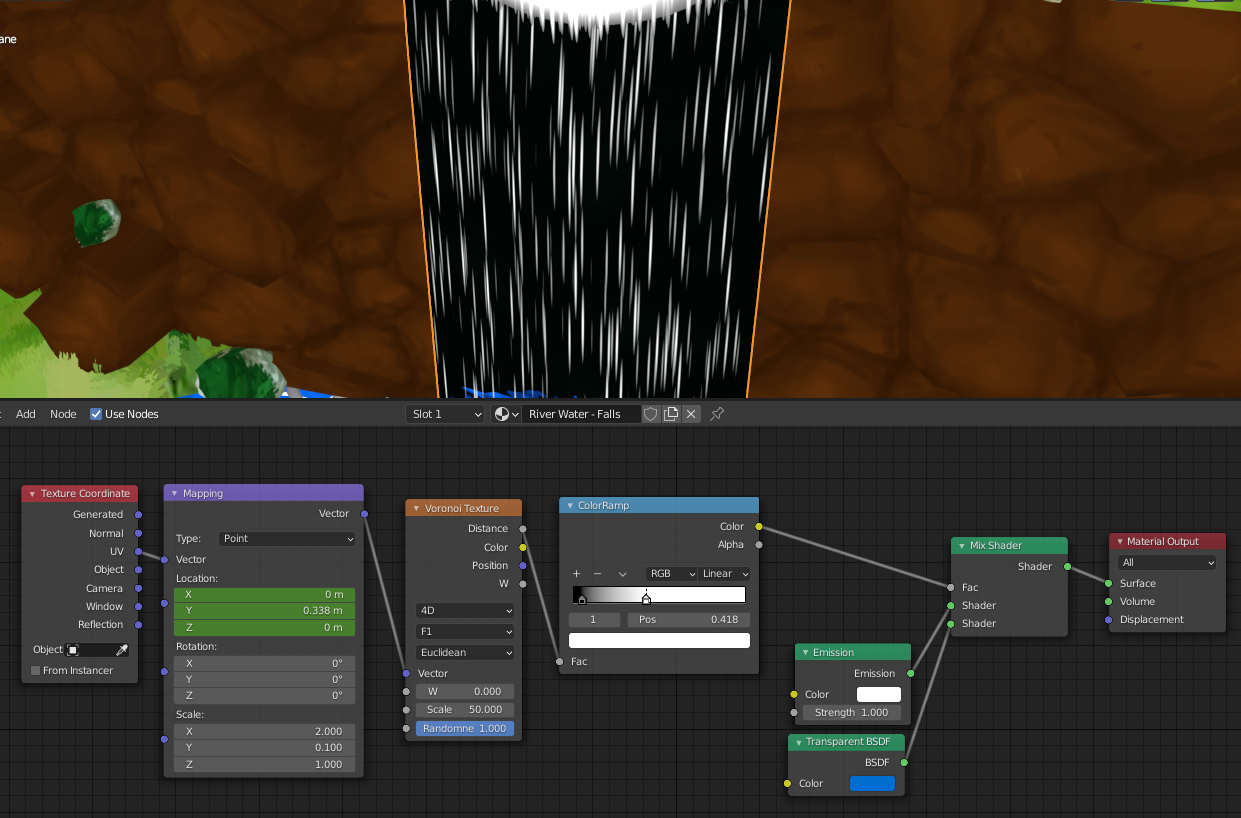 The only difference that I can see is that I'm driving everything from UV Map instead of generated (since I modified the meshes).

I have also confirmed that these Settings (for the Mat) are in effect for both materials: Blend Mode: Alpha Blend / Shadow Mode: Opaque

I'm guessing there must be an errant checkbox that I am missing. I also went in the EEVEE settings to ensure that nothing was weird there. Source has nothing special in that regard. Thoughts?

You beat me to it with answering your own answer (and I'm glad it works for you), but just to clarify i will share what i found:

I believe your tutorial example uses transparency while you use it to a considerable lesser extent (or not at all).

the Transparency color (blue) you used is on the edge of the color circle (while the blue in the example is probably closer to the white center). In this node setup, the more white the color is, the more transparency it causes. Because your blue is relatively dark, the waterfall became less transparent and, in combination with the brown background, visually black.

If you had changed the blue Transparent BSDF color to a color with more white it would be to more like the tutorial example; more transparent.

And I think if you had kept the color the same but changed the Transparent BSDF node to for instance a Diffuse BSDF node you would get a non-transparent waterfall of that color.

But adjusting the ColorRamp also seems to work : )

Here is the node-setup that works: 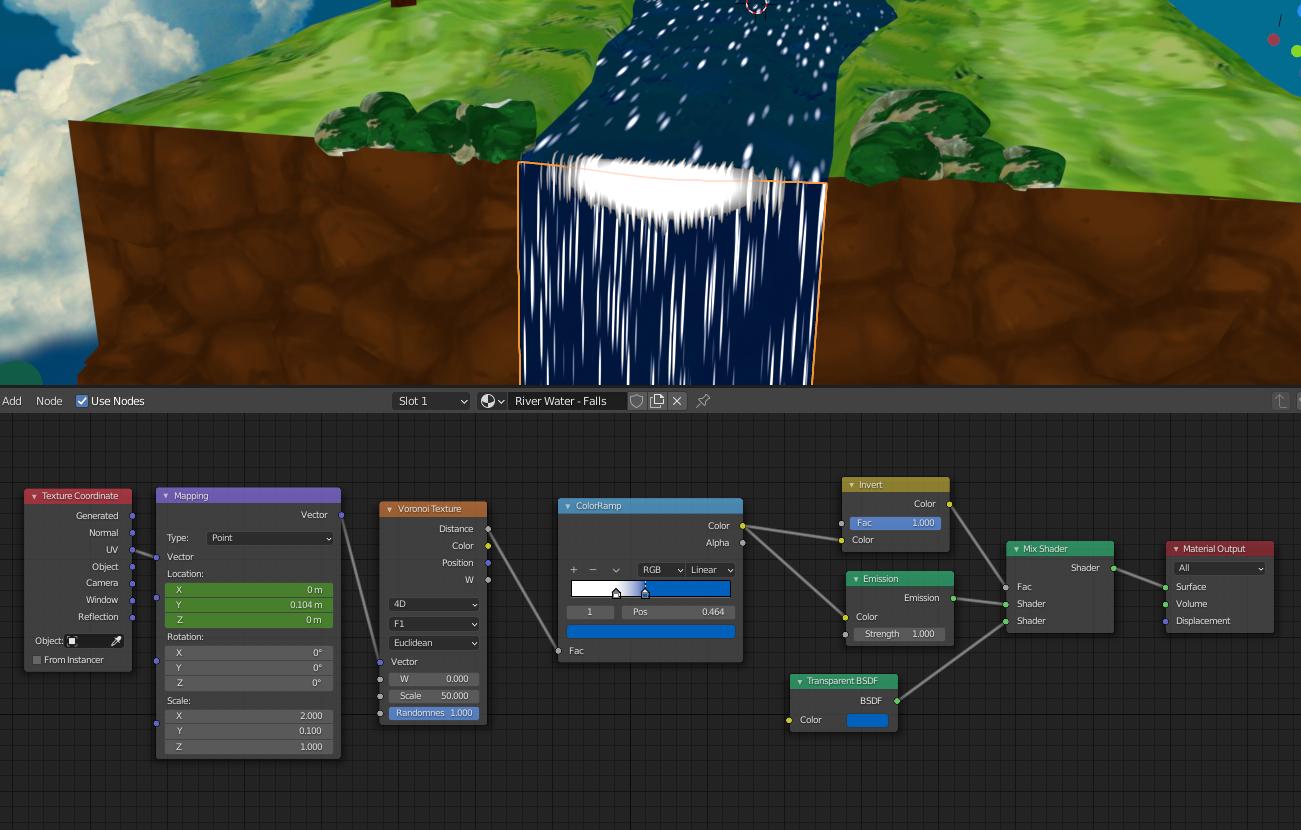 I had things a bit wrong and needed to route my color ramp through the emission. Rookie mistakes man...

4
Fade distant geometry into the background (EEVEE)
0
How to change alpha value of all material in a single go?
1
How can I overlay an image texture with transparent alpha on a material I have created?