I have a problem with the "Convert" button of my particle system : as soon as I click on the Convert button of the particles system modifier, my particles losses a part of their geometry (it is more rounded)

Here is the story (Apologizes if my english is hard to understand, I'm french, baguette) : I'm making asteroids belts.

So, I've created rocks affected by a subdivision modifier and a displace modifier with voronoi texture. Then I've duplicated it and scaled the rocks differently. Then, I've created a collection to put my rocks in.

Then I created a simple torus on which my rocks poped up thanks to a particle system. It is set as this : 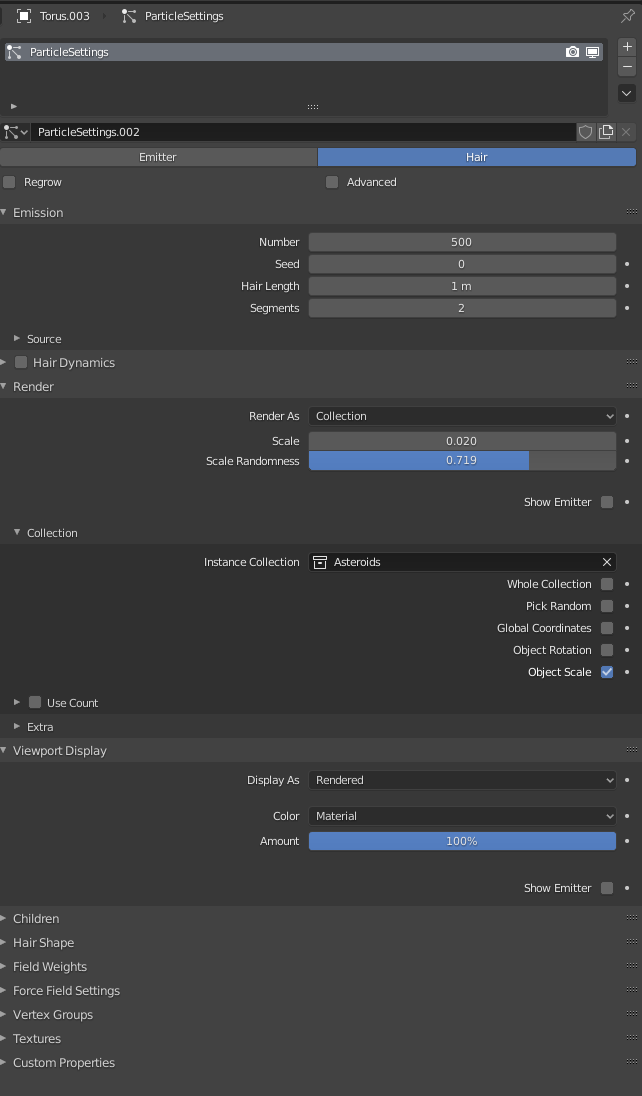 I have plenty of particles system as this one, now I need to "bake" this into meshes (1 asteroid belt = 1 mesh).

To do that, here are my steps :

My problem is : Once I clicked on the convert button of a particle system, every rocks loses a part of its geometry, like if the Voronoi Texture used for the displace modifier losen its effect. 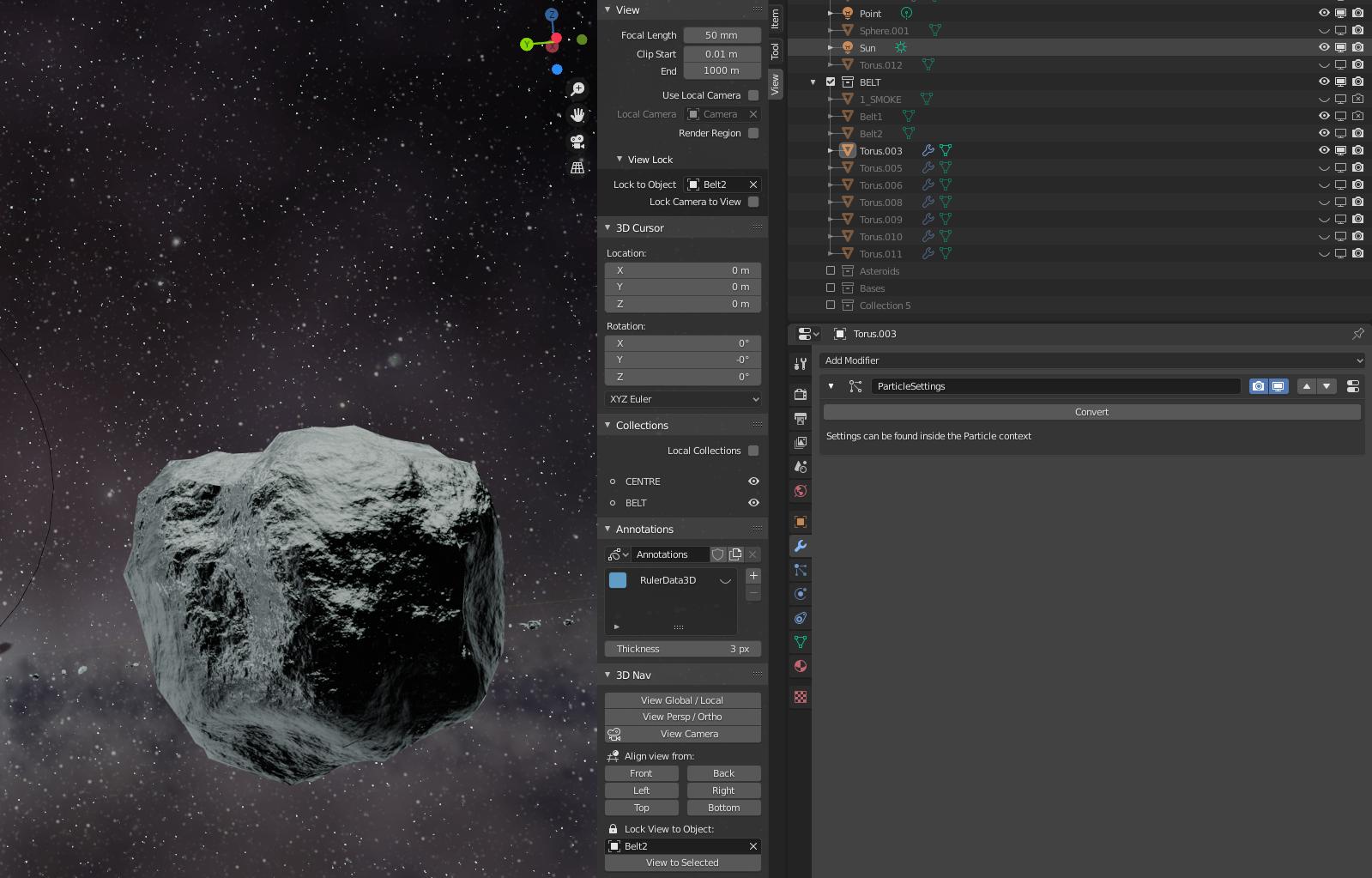 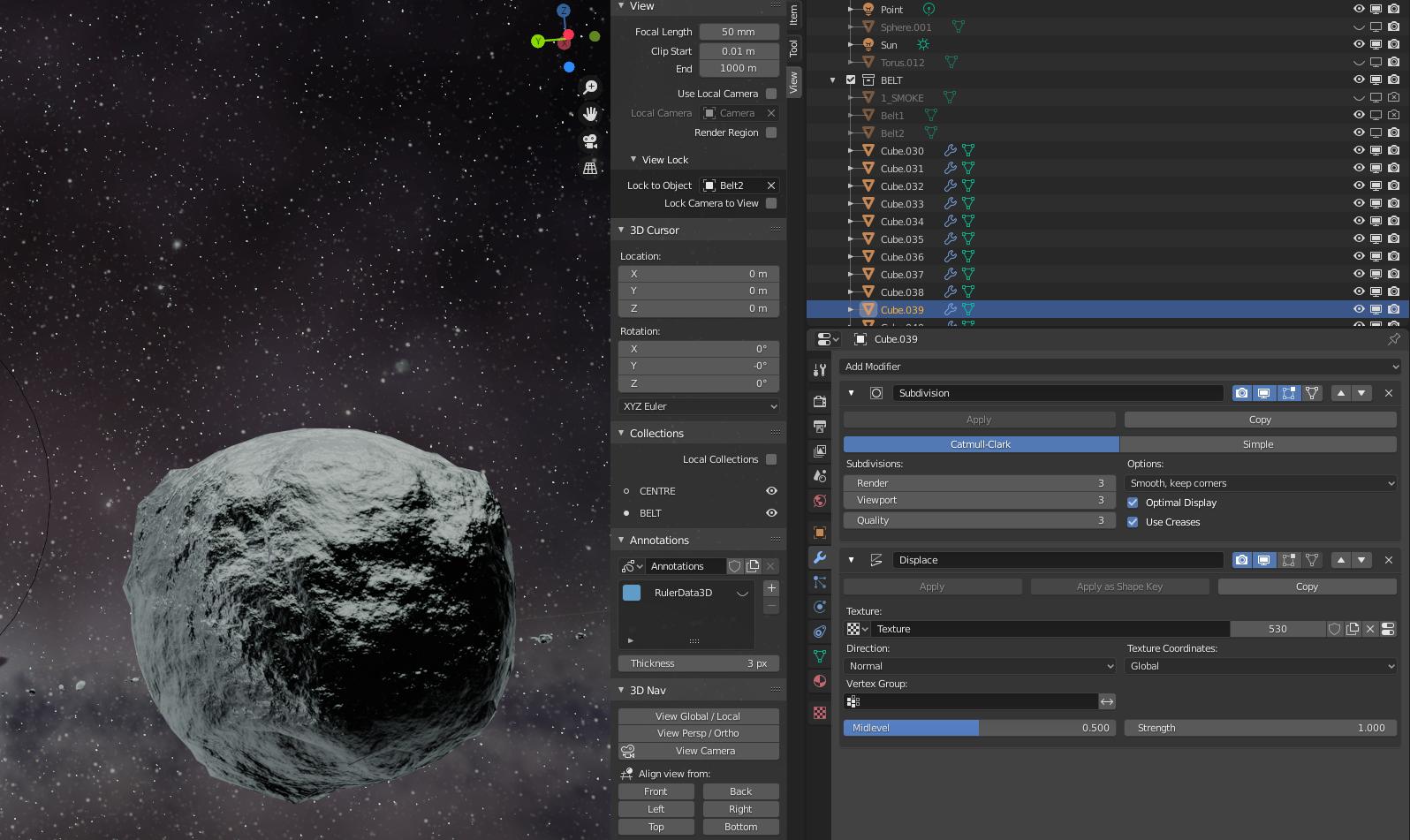 How can I fix that ? I really need a strong texture for my scene.

By the way, the rock texture is just a noise node plugged in a bump node, then in the Normal input of a principled BSDF. So the displace modifier of a rock applies a Voronoi texture on it, then I bump the texture with a noise texture.

When the particles are converted, they aquire their size as particle, so generally much smaller than the original object.

From that, if the displacement is set to "global" coordinates, the mapping of the object on the voronoi texture becomes very small and so has few variations.

As solution, set the displacement to "local" coordinates and the mapping will be equivalent between your original objects and the converted particles.

Alternatively, you can change (lower) the voronoi texture size once the particles are converted.

Not the answer you're looking for? Browse other questions tagged modifiers particles baking or ask your own question.