So my question in short: "how can I add the particle system to the object while also having a geometry node modifier active?"

The particle system is a modifier. Make sure it happens after the geometry nodes modifier. Then check the box under the 'source' expander of particle nodes tab that says "Use Modifier Stack" 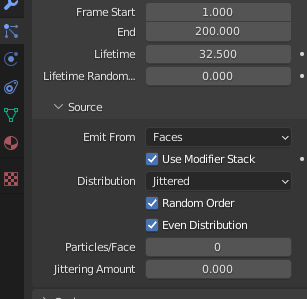 Not the answer you're looking for? Browse other questions tagged particles geometry-nodes or ask your own question.