How to get same hair particles from collection in second particle system/ or how to delete instanced particles without converting them to real meshes?

I made a relatively huge landscape which has rocks scattered on it with a particle (hair) system. Then as I wanted to simulate some objects falling down a mountain I wanted to give the scattered stones (particles) also an rigidbody(passive) so the falling objects would collide more reallisticly with them and not only pass through them.

The problem is that the landscape is to big and the scattered rocks are to countless for efficiently running a rigidbody simulation. Therefore I simplified the landscape (unsubdivided) as a second mesh and used only the necessary part (boolean after particles in modifier stack) as a passive rigidbody. I couldn’t delete the original faces because that would change the distribution of particles in relation of the collider-mesh to the rendering-mesh. I discovered the particle-edit-mode which first appeared as the solution. The new problem here is with particle systems in general, that if you instance from collection, and give the second mesh (collider-mesh) a single user particle system, the seeds are different even if “pick random” is unchecked. That means I cant get the same rocks at the same position. 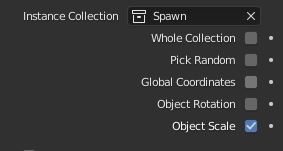 Deleted Particles in Partice-Edit-Mode to reduce the particles to the area needed for rigidbody-simulation: 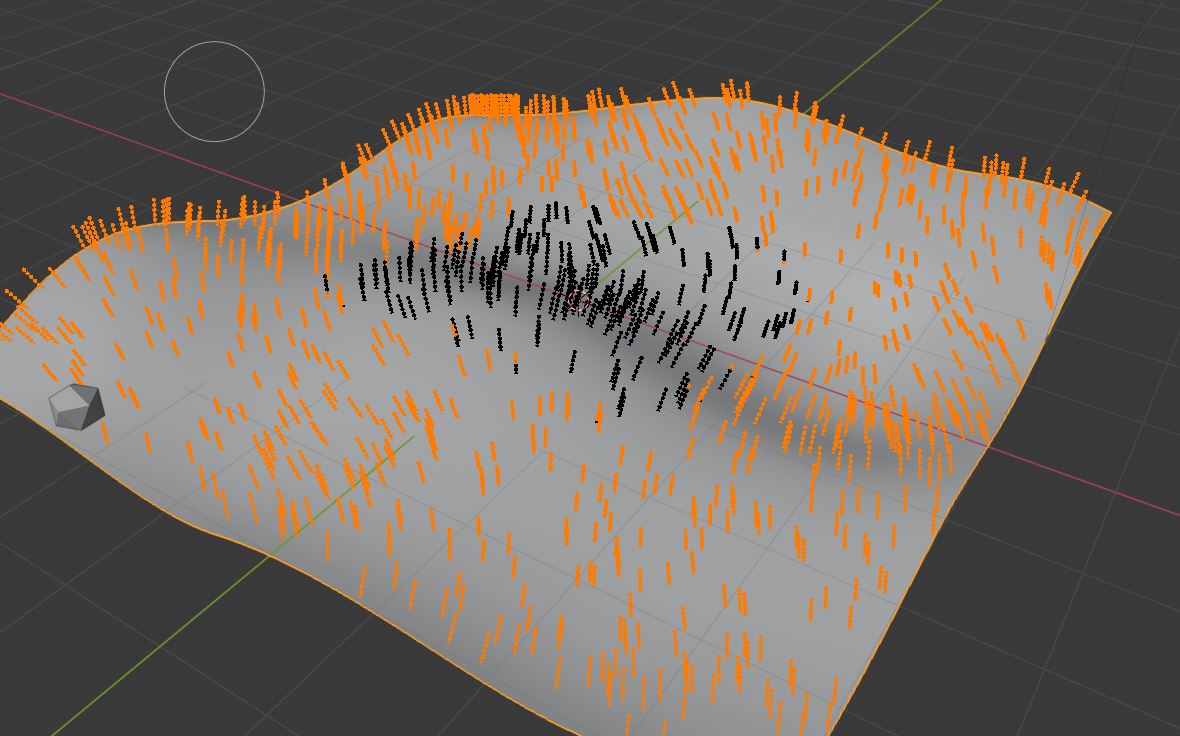 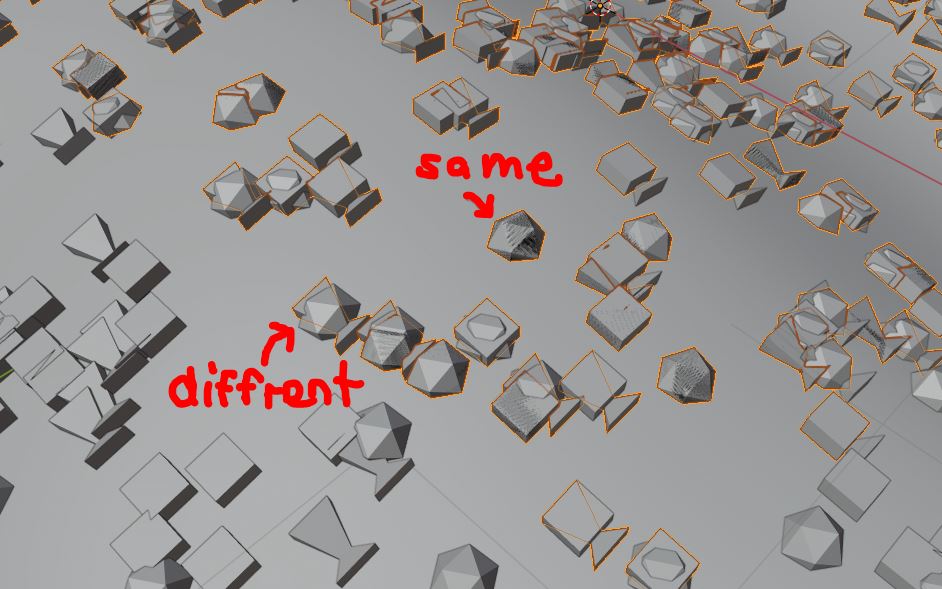 Has anyone an idea to fix that problem with the particle system or knows an alternative workflow that would accomplish my goal? Even on a reduced scale, the small rocks are to countless to do anything by hand or convert them to real meshes (facecount would rise in the 10-100 millions).

A question that came up with one possible solution is found here: How to get instanced object from particle system at location?

Found a makeshift solution via Python: Get transform of Instances and the corresponding instanced mesh and create a new mesh in a separate collection with the transform and mesh data of the instance.

Converting all Particles to a real mesh wouldn’t be possible because of face-count but creating new meshes for only those particles in the area of the rb simulation is doable.

I will keep the question open for now, because maybe there is a better way and having real meshes is not ideal either and could be optimized?

0
How to get instanced object from particle system at location?

5
How to use particles in Yafaray
1
How do I emit particles from the opposite normals?
2
Why does my Mantaflow waterwheel not work?
1
Convert particle system wont work properly : it modifies the geometry
1
Particle System Removes Landscape when it is rendered
0
Rock particles floating above terrain
0
How to use collection of armatures with children meshes in particle system or Geometry Node Instancing?