i have old coin pictures as pngs or jpegs i want to turn them in to a displacement map that i can get good height to get a good rendering result.

how can i do that?

i have tryied these steps but it did not help.

How do I make a normal/displacement map when all I have is a photo?

Actually it is still not clear to me if you want to fake the 3D effect or if you want to really displace the topology, for example for 3D print purpose.

I don't know if you can achieve an accurate real displacement just from a b&w photo, because for this purpose you will need a picture that will precisely use black for bottom surfaces, white for peak surfaces, and all the shades of grey inbetween respecting the heights of the object surfaces, which is rarely the case with most photos.

Here is what my attempt gave from you coin picture. I chose a coin that had a better chance to give a good result: no oblique shadows, and the dark areas can be interpreted as the the bottom surface, bright areas as the peaks. As you see it is not very satisfying: 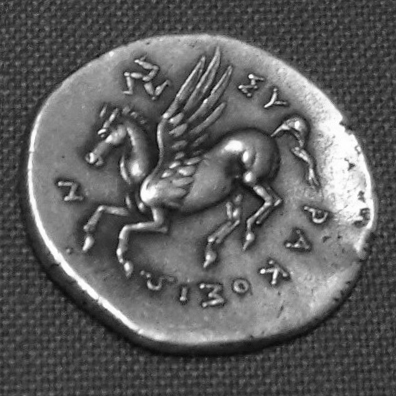 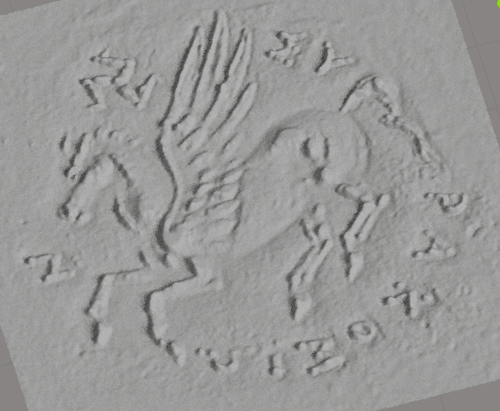 So the following answer is not for real displacement, it's only to fake 3D with Normal or Bump maps, in that case it's much less important if the grey spectrum doesn't respect exactly the heights of the real object.

I gave it a bit of additional margin to make the mapping easy: 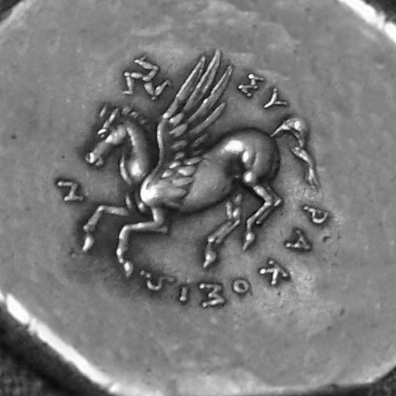 I created a normal map with CrazyBump (a bump would have worked as well, no big difference): 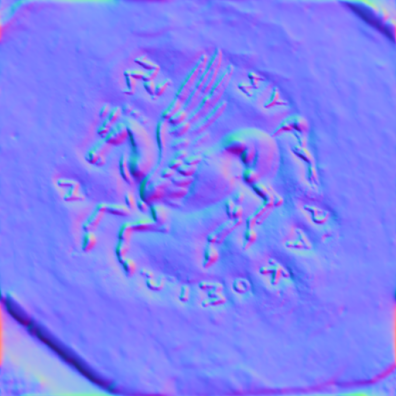 Then I unwrapped, mixed a Diffuse with a Glossy, plugged the original (extended) image in their Color inputs, plugged the Normal map into their Normal inputs: 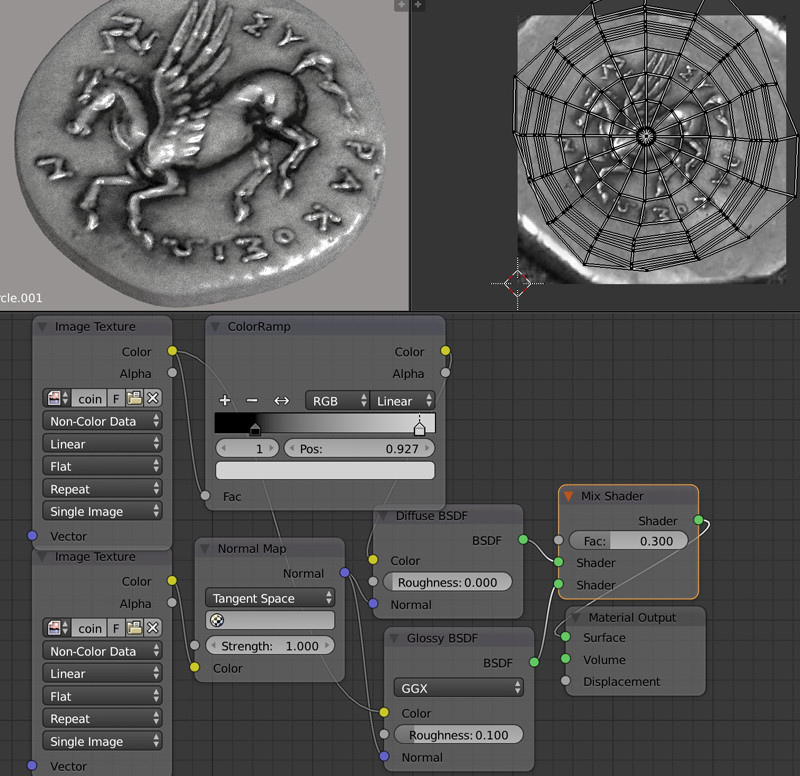 Not the answer you're looking for? Browse other questions tagged displacement or ask your own question.