I'm working on a model of an aircraft that will eventually be animated with details like landing gear doors, and am using a Subsurface Modifier. Most everything is going well, however I've run into a problem:

Whenever I have two separate objects that need to follow the same lines (IE, the landing gear doors), the Subsurface Modifier does NOT apply equally to both objects. If I join the door mesh to the fuselage mesh it's fine, but as soon as I separate the doors from the fuselage it breaks the lines: 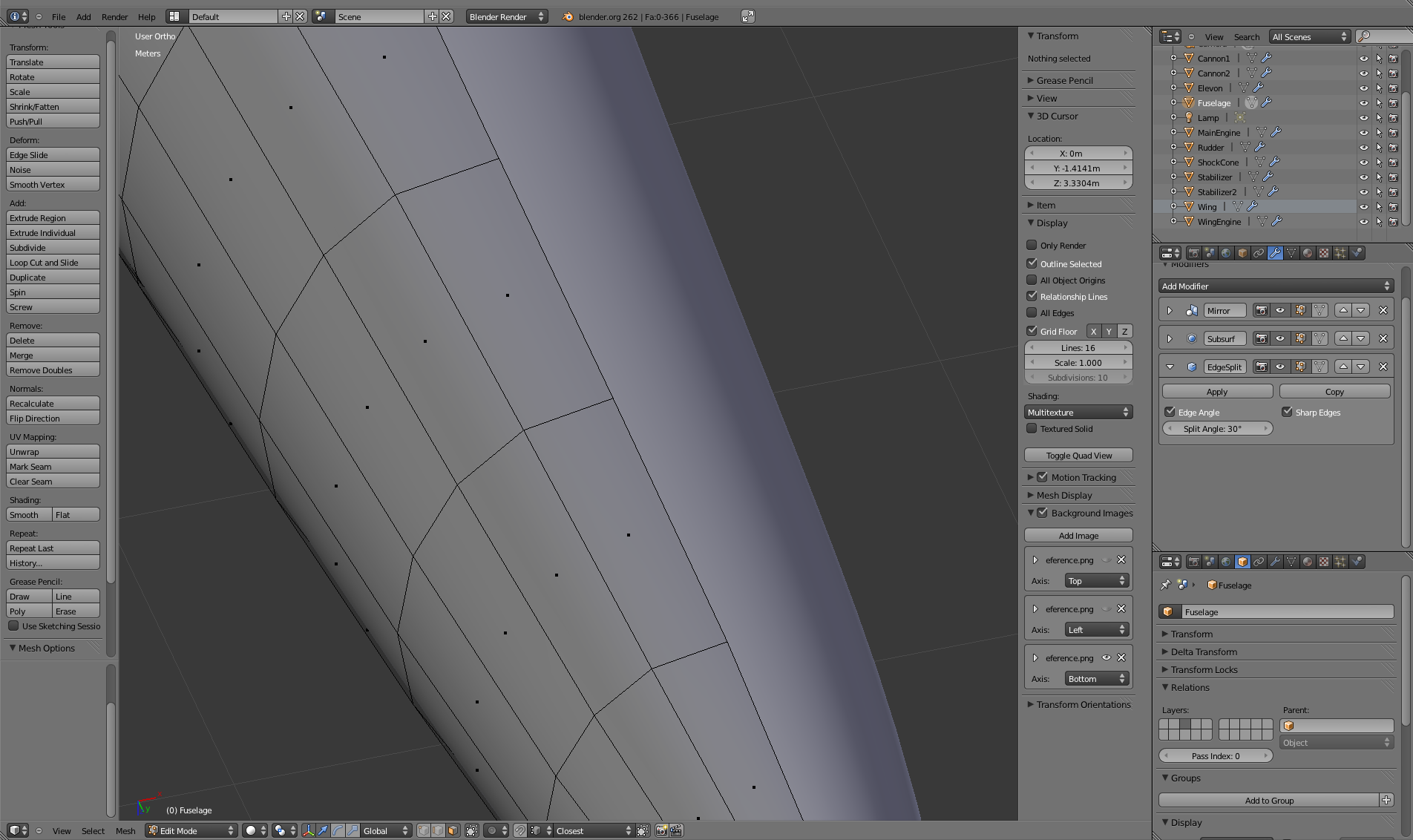 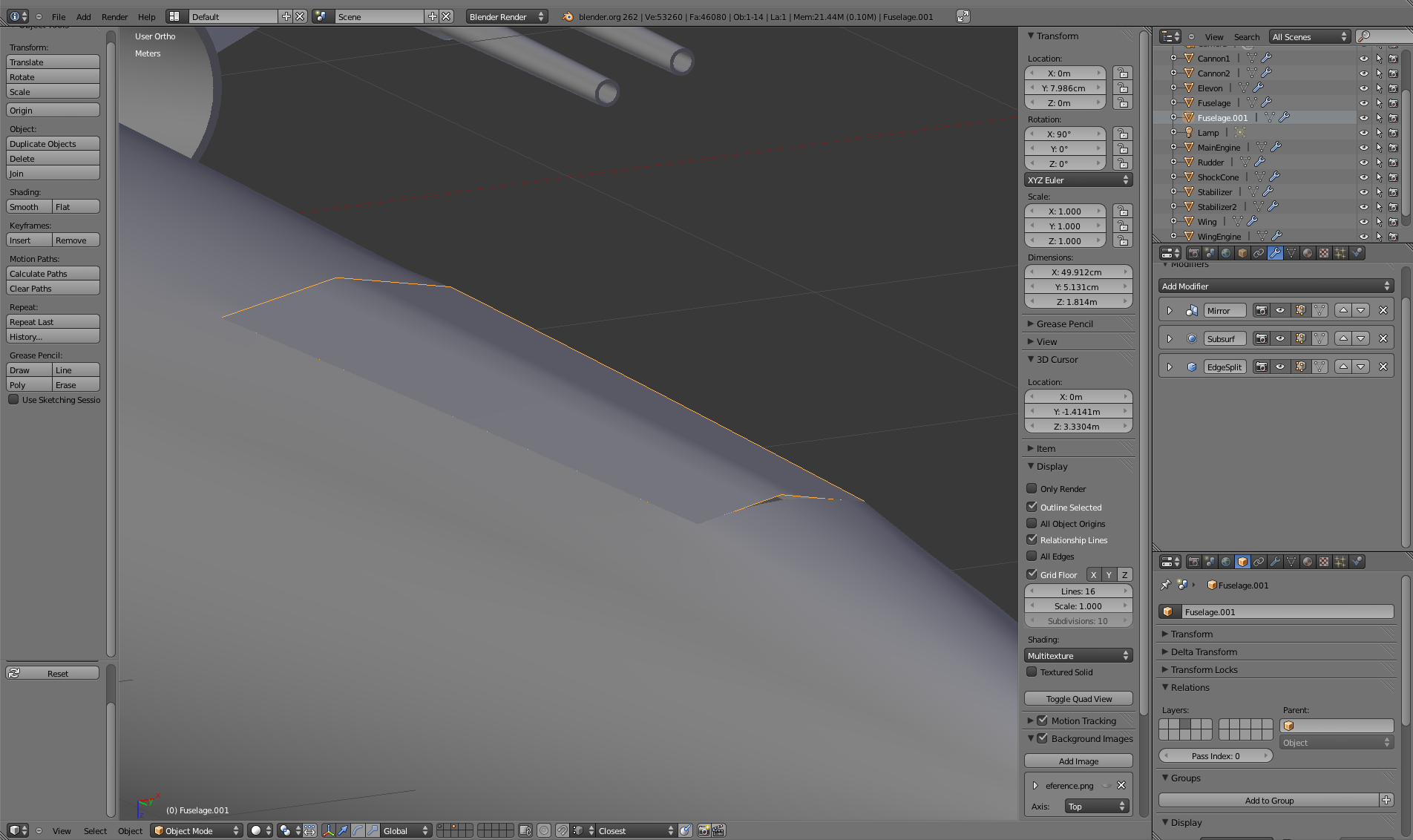 Obviously, this is going to be a serious issue. I CAN get around it by applying the Subsurface Modifier FIRST and THEN separate the gear bay doors from the fuselage mesh, however this will then mean working directly with the higher-poly mesh that I'm using the modifier to avoid in the first place.

Is there a way to prevent this from happening when I separate the objects?

Well, I ended up just applying the SubSurf modifier and creating the gear doors from that. Thanks for the input, tho.

1
Vertex jumping when moving objects with the mirror modifier
0
How can I create a non-self-intersecting mesh from a line mesh?
1
How to delete all objects/cameras/meshes/etc. using Python scripting?
1
Blender - Subsurface Modifier causing extreme pinching in L-shaped corner