I am working on creating an ISO enter keycap in Blender. Everything was going fine, until at the end where I applied a Subsurface modifier. Once I put the modifier on the mesh, it causes extreme pinching in the L-shaped corner of the mesh, where it looks like the mesh is overlapping each other and looks almost like a surf wave. I think it might be caused by the interior corner bevel but I'm not sure, does anyone know why this is happening?

Below are images of the model. Note: I have turned on Cavity in the Viewport Shading menu in order to make the issue more visible. 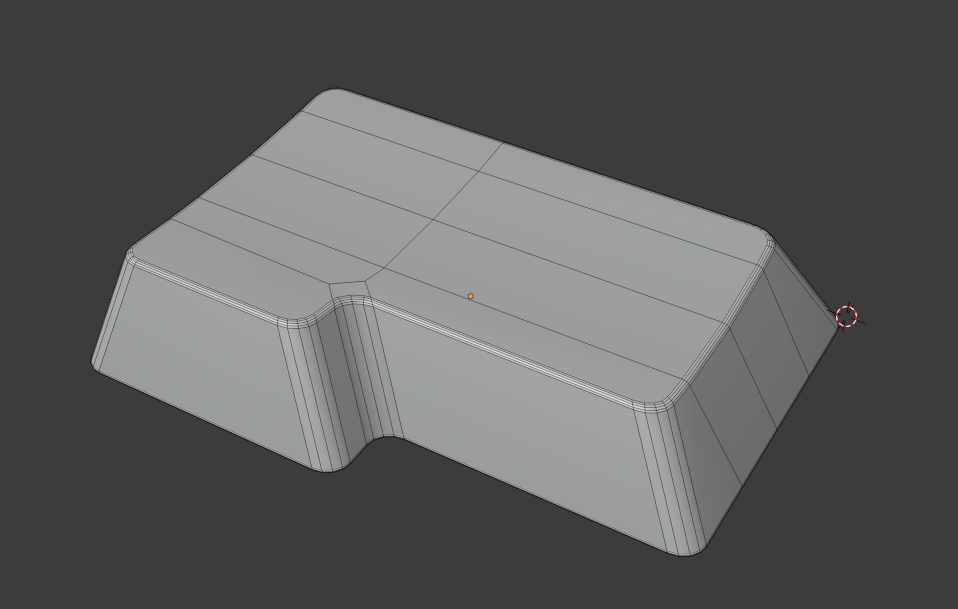 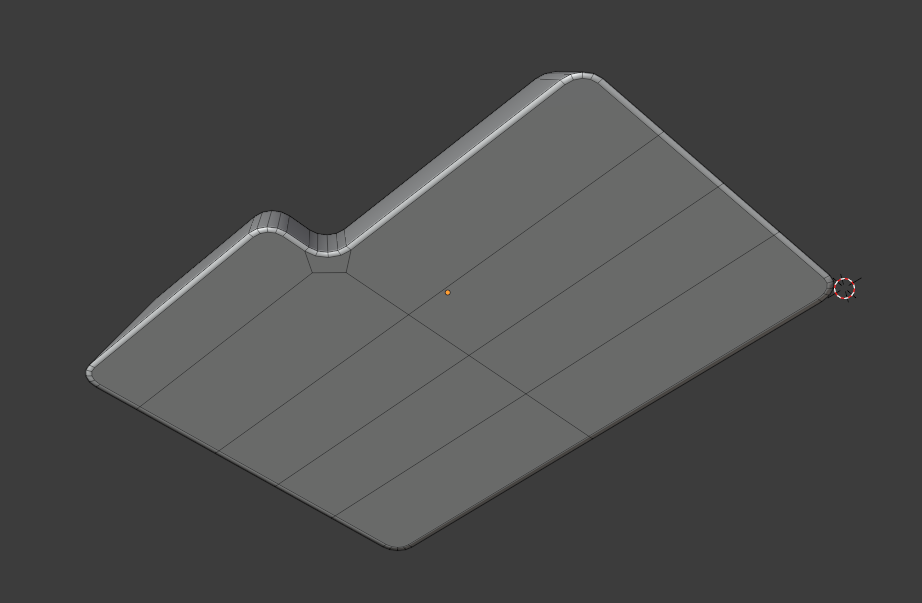 The model is also curved as you gave see from the front profile:

This is the mesh without a Subsurface modifier: 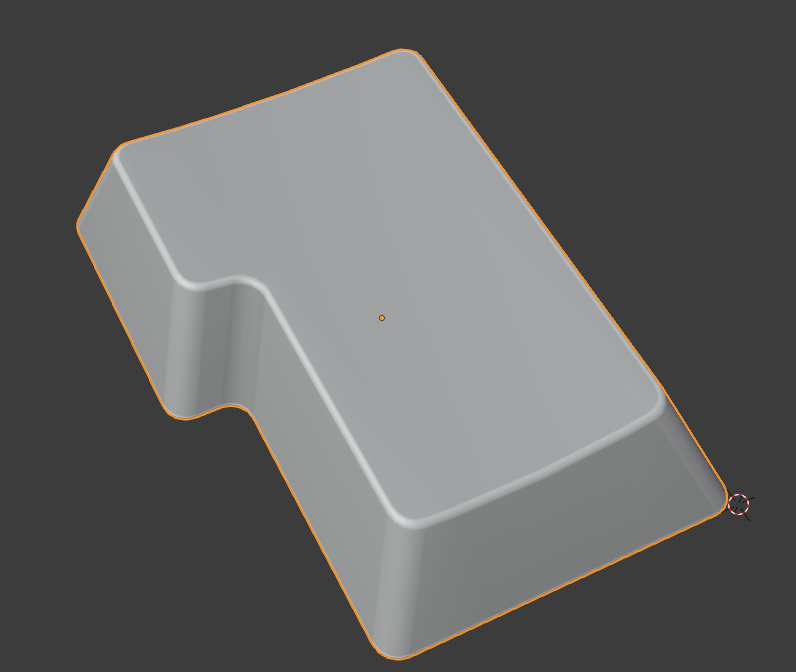 This is the mesh with a Subsurface modifier: 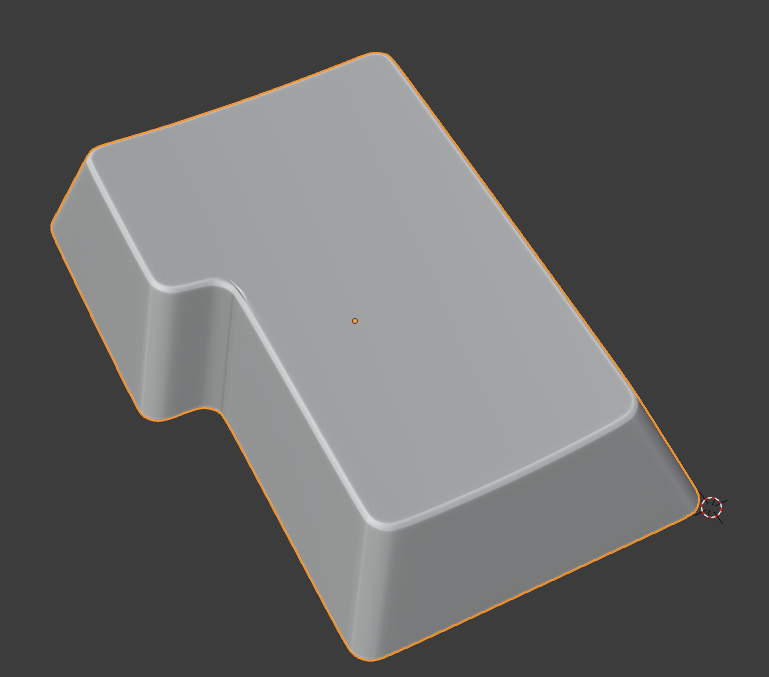 A closer look with a Subsurface modifier:

This is the mesh topology with the Subsurface modifier applied: 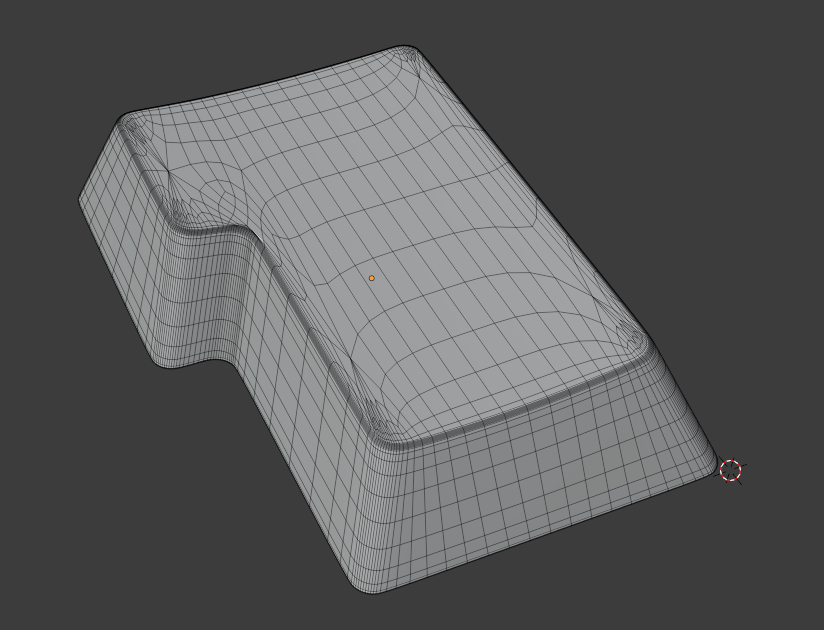 A closer look at the topology with the Subsurface modifier enabled: 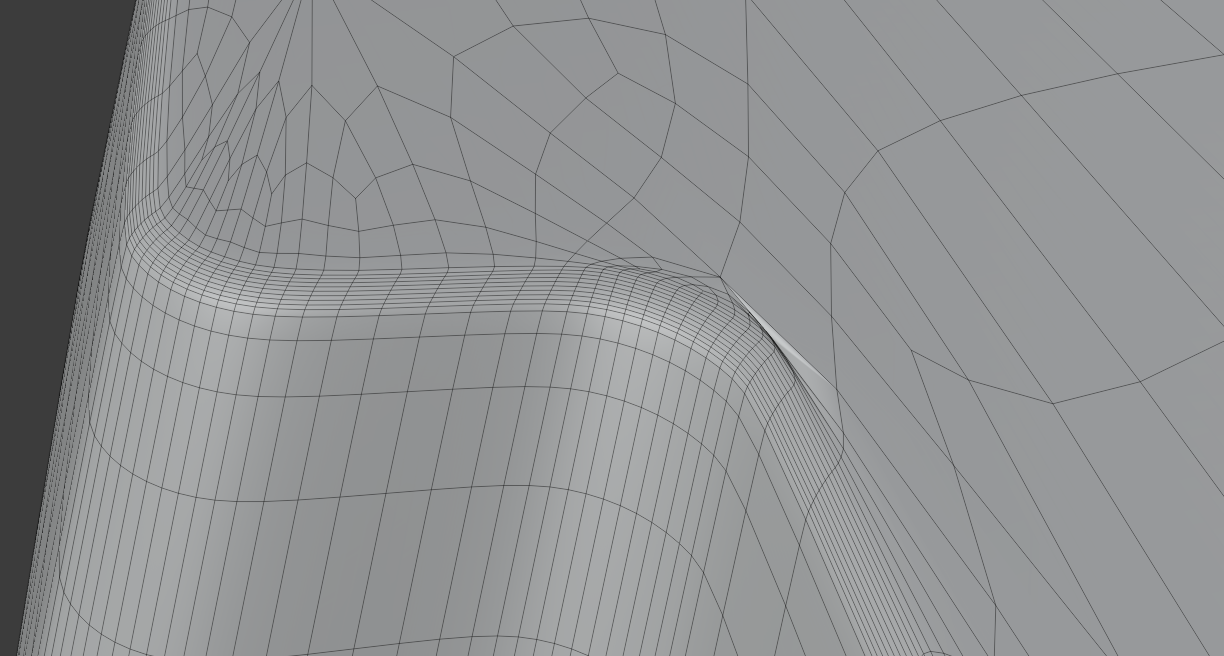 You have ngons in your mesh. 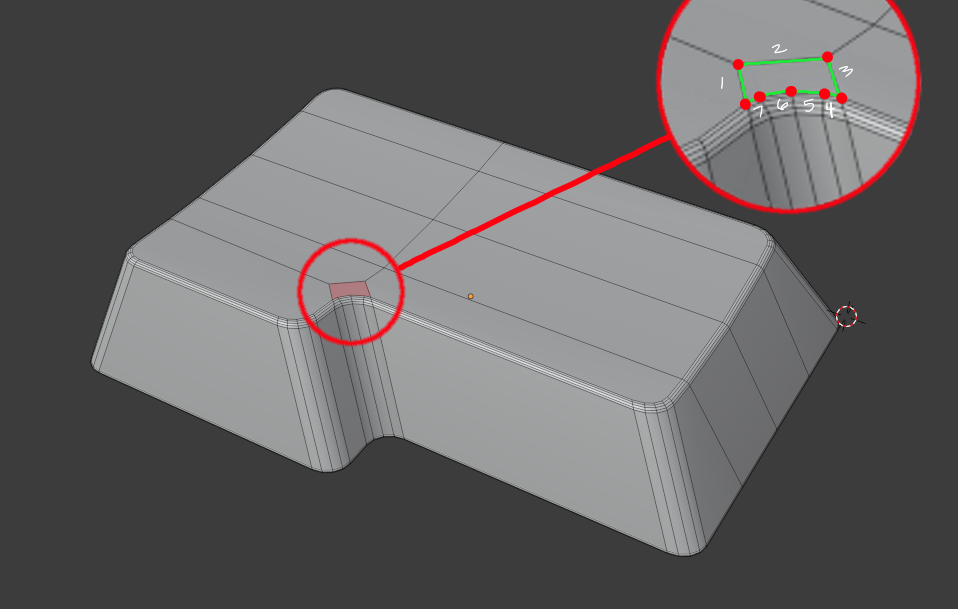 As I only now see that Christopher explains in his comment above, your pinching is a consequence of using Subdivision Surfaces with non-quad based topology. SubDs only want quads.

Not the answer you're looking for? Browse other questions tagged modeling cycles-render-engine modifiers or ask your own question.

0
Array Modifier Causing Objects To Become Hollow in Blender 2.8
0
Can I Select Through A Face When Using Subsurface Modifier?
0
Boolean and bad topology
2
What does simple sub-surf do?
0
Multiple Holes On surface
1
Arc miter bevel creates miters on straight edges
3
How to harden edges using subsurface modifier on corners (Mandalorian helmet)
2
Weird behavior when using bevel and subsurf