I have a problem with a character i created in blender: he has multiple equipable armor parts and multiple animations as well as additional bones for hands (for weapons). When i try to import it to Unity, however, it imports numerous empty animations for armor parts, that are not even in my animation list in blender as well as skipping the primary animations from it. The only option that worked differently, was when i exported as fbx with the option "all actions" disabled, but then it only imported 3 animations "Run" "Walk" and "Grip right" for some reason.

Also, in NLA editor, it shows me only 1 animation. PS: I also have 3 instances of empty walk animations below with no users, that i can't get rid of even with shift+x and reloading. 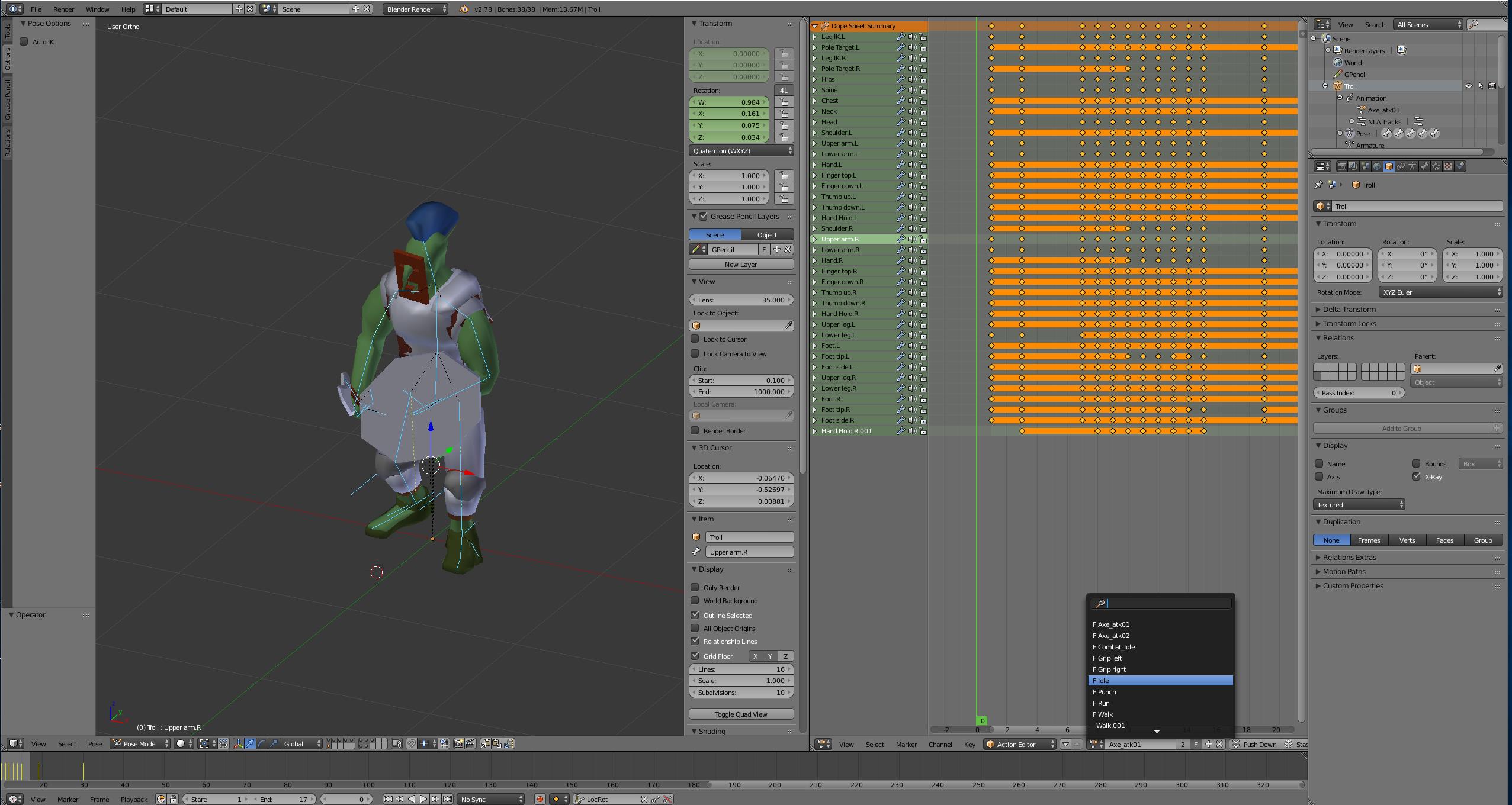 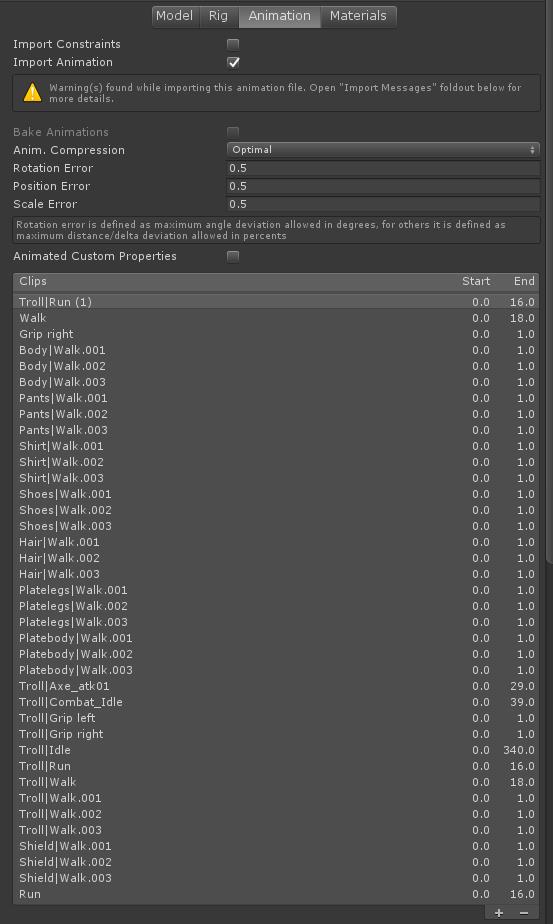 There's also a problem with character just hovering frozen even with applied animations in Unity, but i think that's just Unity linking problem somewhere and unrelated to this issue.

PS: The warning message in unity is about activating translation DOF for improved animation retargeting which doesn't fix the issue either.

Finally got it fixed (the animations importing part, at least). In FBX export options, had to change the version from FBX 7.4 binary to FBX 6.1 ASCII.

Not the answer you're looking for? Browse other questions tagged animation objects export import unity or ask your own question.