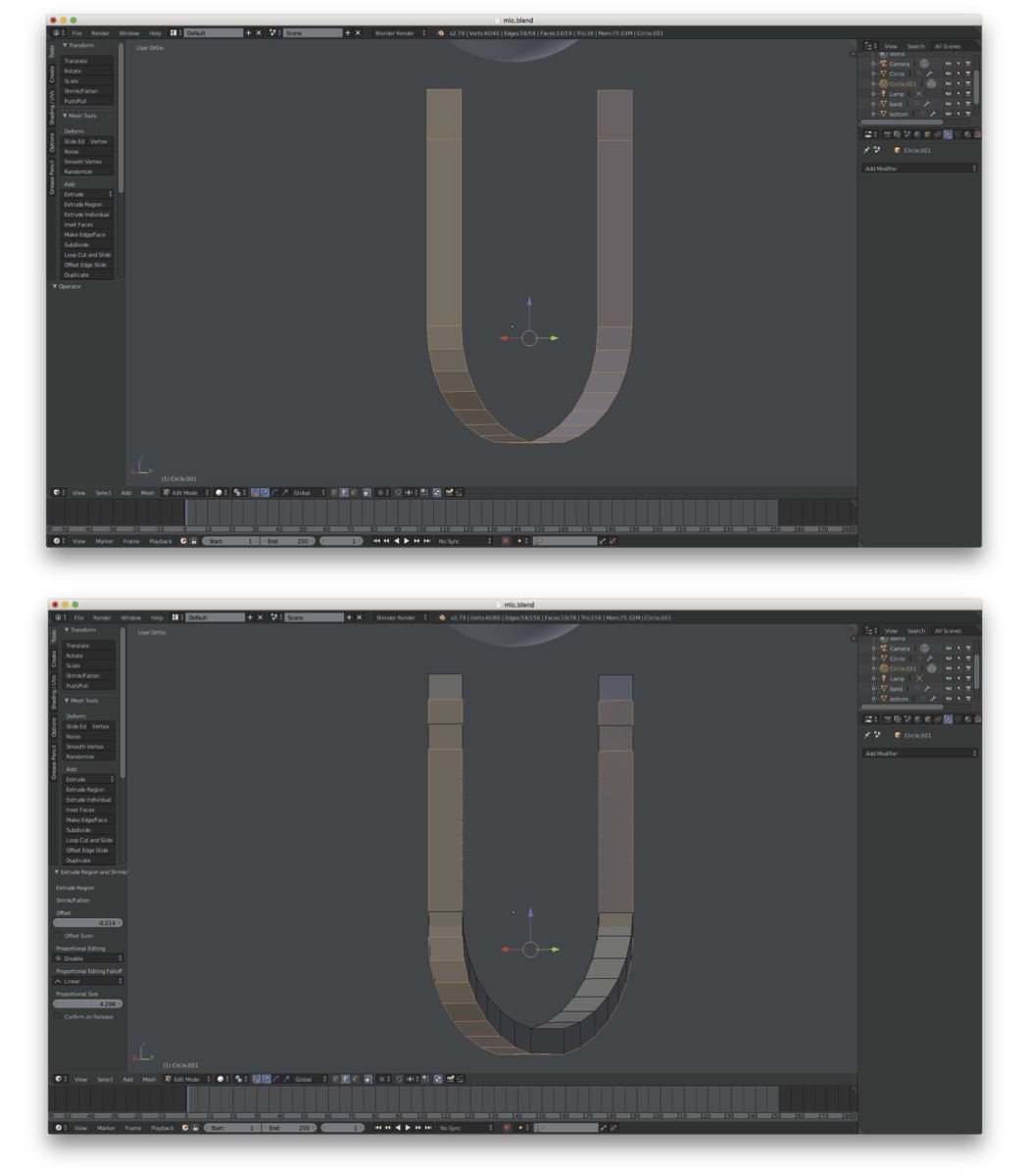 The video does not show any problem like I'm having, I'm sure I have all settings the same as the tutorial. I'm using Blender 2.79 (same as tutorial) only I'm using a mac computer, tutorial appears to be windows OS. I also made sure that I have no vertex duplicates.

If your Pivot is set to 'Individual Origins', you can indeed get AltE > 'Faces Along Normals' in 2.8, or AltE > 'Region Along Vertex Normals' in 2.79, to fail as shown.

With the Pivot set to any other value, it works as expected.

This does seem like, at least, inconsistent behavior.. I haven't looked to see whether it's already been mentioned to developers.

40
Extrude Faces along Local Normals
10
Extrude along normals issue
0
Multi extrude a vertex in the coordinate direction
0
extrude and grab problem
1
How does one extrude an edge relative to the vertex normals?
2
How to extrude vertex normals along an angle with an even offset?
0
Subdivision Modifier Inconsistency (2.8 stable)
0
Strange problem with mesh/normals/normals direction