A strange problem with my mesh I have tried flipping normal's and Cleanup by distance but still have strange faces that don't smooth Any ideas? Its very visible with thickness mod added...

Physically there is nothing wrong with the mesh, quad based, clean and no overlapping faces or bad polls

I tried delete loose, flipping normals, set from faces (which made it worse) A bit stick since I want to sculpt on it but with misbehaving normals that wont be possible...

I'm not sure what the blue lines mean but they seem related... Clear sharp doesn't work though 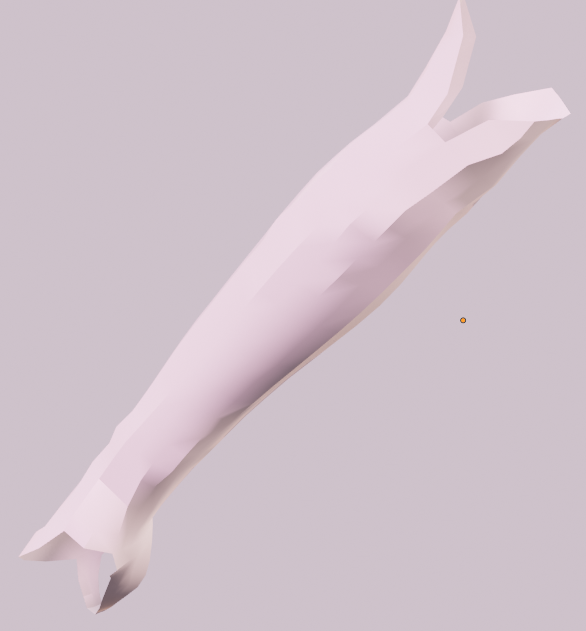 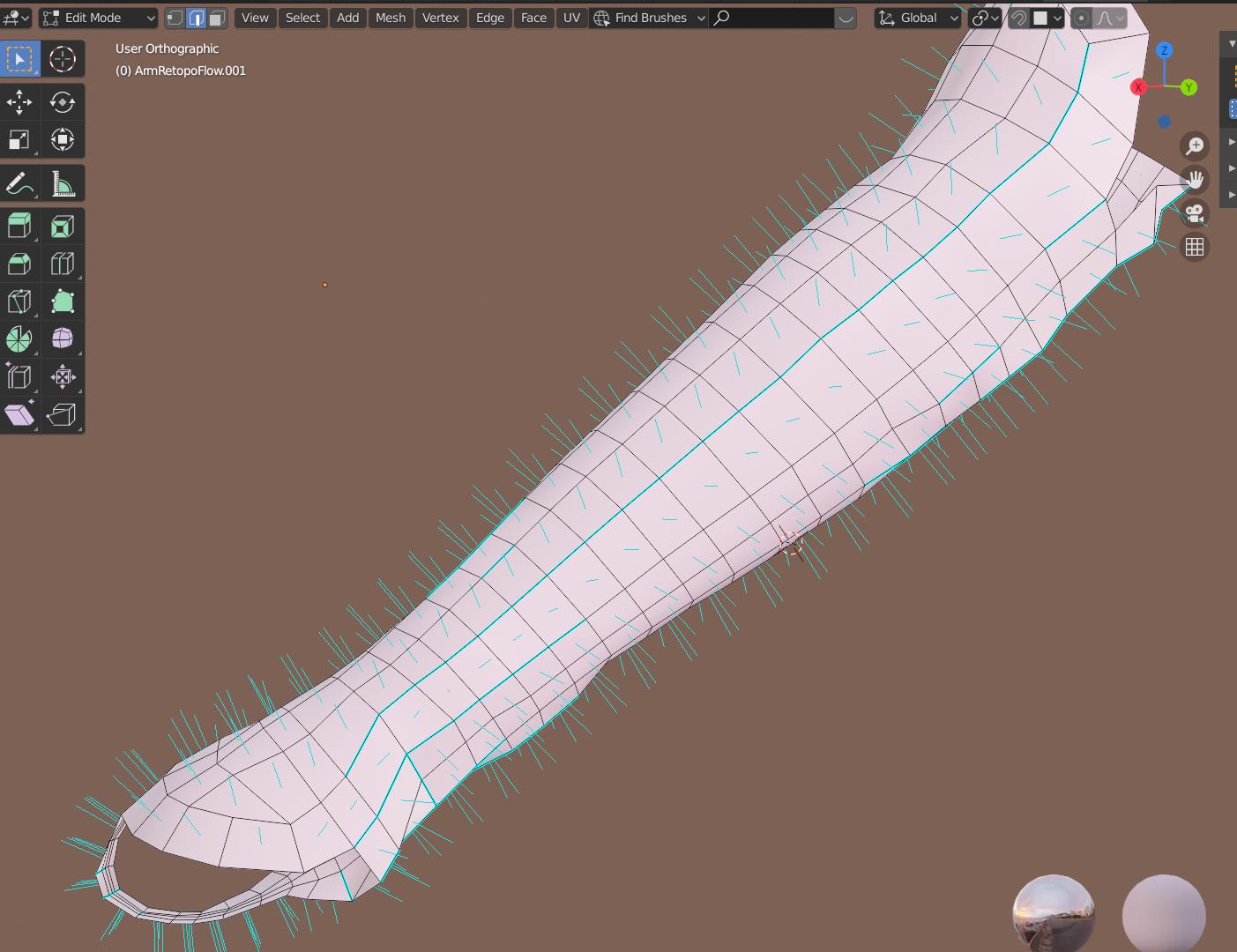 Try making sure that there are not doubling vertexes,or split vertexes, you can use the merge by distance in the mesh/clean up menu.

How about run the remesher on it?

I found the problem, thanks for the Remesh suggestion, I noticed there was a panel for normal's above to switched off autosmooth - it seems to fix the problem, which must be a display problem rather than a problem with the mesh

Thanks so much for your time and suggestions! although they didn't work they did help narrow down the source of the problem. Auto-smooth I'm staring at you XD

It's not possible to say exactly why from your question, because it could be due to ripped edges. However, based on the solution you posted, I can confidently say it is because of autosmooth settings (which you realized.) I can also explain why autosmooth did what it did.

Basically, autosmooth is poorly named. It does not smooth anything. It should be named "autosharp" because what it does is automatically sharpen edges of a smooth-shaded mesh. (It will not do anything to a flat shaded mesh.)

Autosmooth is a technique to automatically mark edges as sharp or smooth on the basis of the angle between the two faces joined by that edge. You'll notice on autosmooth settings that, in the absence of custom normals, there is a number associated it with it, a number that you can change, that defaults to 30 degrees. What that means is that autosmooth is automatically marking as sharp any edges that represent a 30 degree angle or greater. If you change that number to 90, it will mark all edges sharp that represent a 90 degree angle between faces. Like all sharp edges, these edges create split per-corner vertex normals. It is very similar to ripping those edges, perhaps with an edge split modifier: the faces on the other side of the sharp edge will be ignored by the corner-vertices on this side of the sharp edge.

Why would you want to use autosmooth? Let's say you're making a tank. It has sharp edges, but it also has smooth edges-- the turret, the body. By enabling autosmooth and tuning the angle of the edges that get sharpened, you can probably not worry too much about tediously marking this edge sharp, but not that edge. You can just have it calculated on the basis of face angles.

The blue lines means that it is the edges is marked as sharp. You just need to select the edges or the whole mesh and select Smooth Edges in Mesh > Shading.

3
strange lighting, problem with normals?
9
Retopo: Can we apply shrink-wrap to multires subdivisions?
2
How to solidify photogrammetry model by filling it from inside?
1
Problem with recalculating normals in a complex mesh
1
extrude region (vertex normals) direction problem
1
Problem with normals...what else?
0
Text to mesh > remesh not giving smooth enough results
1
Subdivision Surface Being Pulled Toward Vertices