Help with extruding along the 3D cursor

Recently I've been following an online tutorial video on 3D modelling, and in the current course I'm working on, I am currently engaged on modelling a gear, however I've run into a bit of a problem in this endeavor.

The problem I'm having is that I am unable to extrude the model in the same manner as described in the video, by switching the Pivot Point from Median Point to 3D Cursor and then extruding outwards to make the teeth of the gear. Unfortunately, switching between the Median Point and the 3D Cursor doesn't seem to make any noticeable difference in the manner of how the gear is supposed to be extruded.

How my version looks: 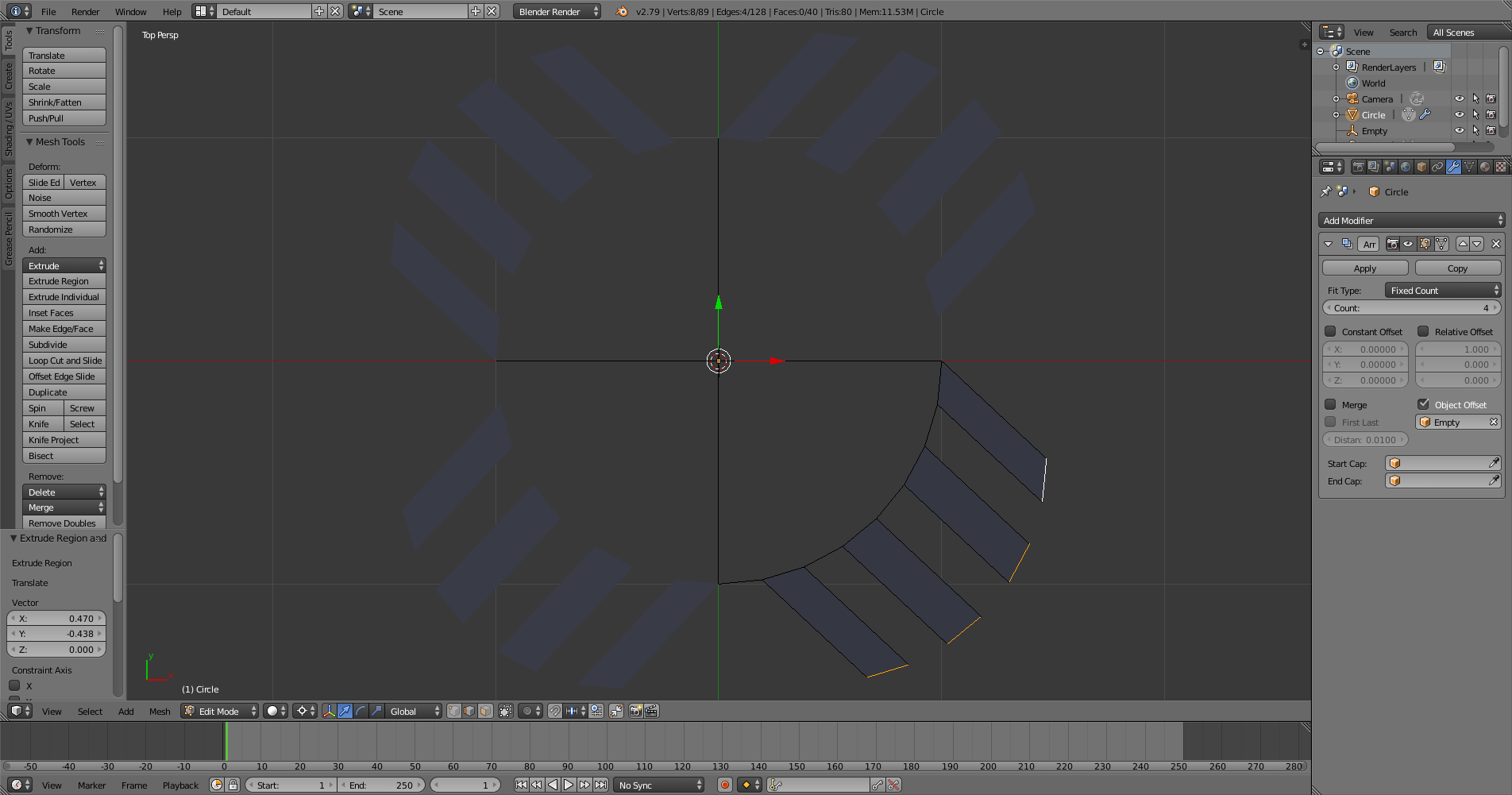 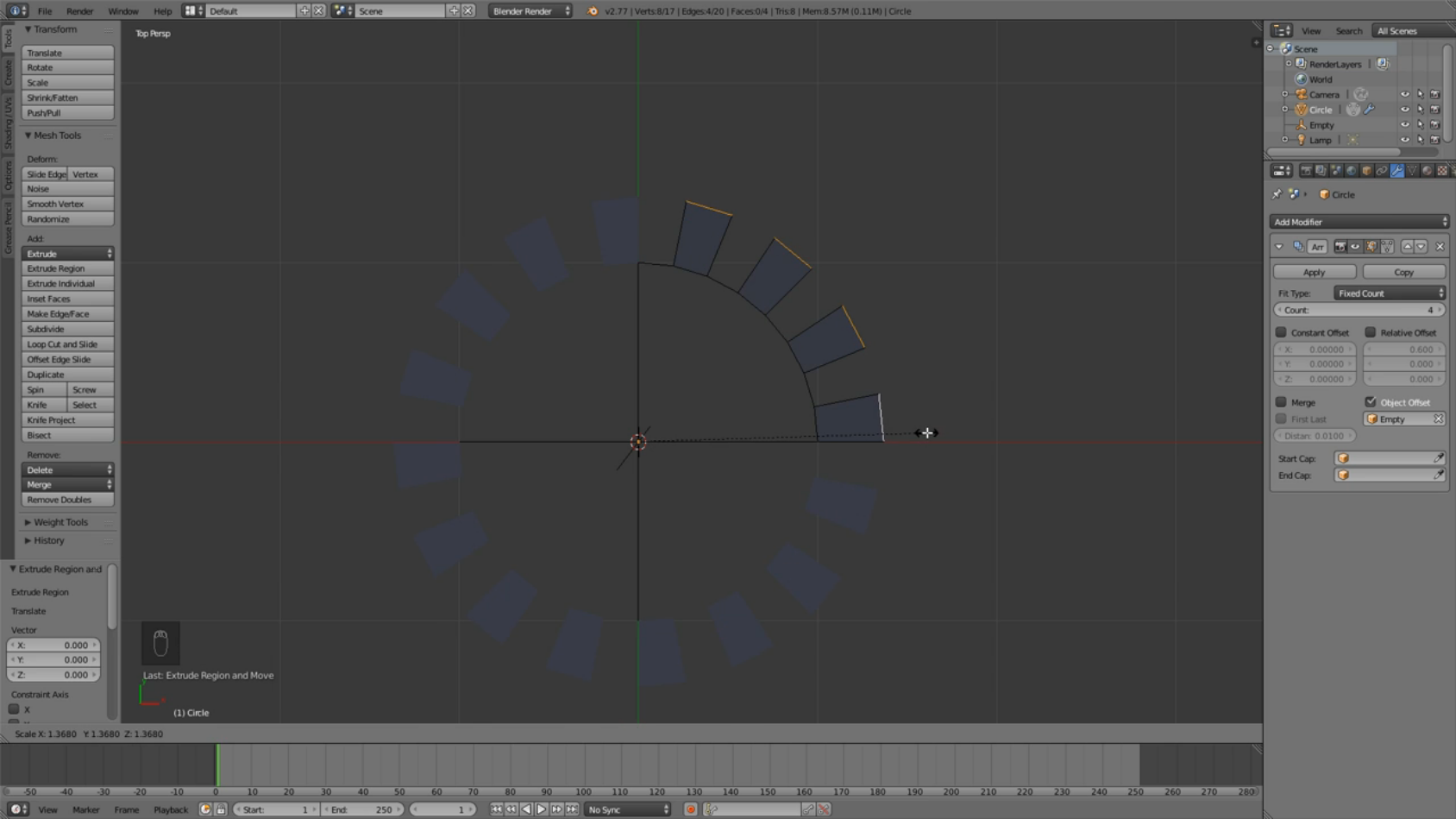 Any insight into this matter would be greatly appreciated.

After extrude E (and before applying it) press S

It will swich from transition to scale.

Also you can in extrude press Esc for cancel transition, then press S

5
Help with Axis Placement when extruding
2
help with walls when extruding - total beginner
0
Why is my Subdivision Surface modifier acting up?
7
Extruding inwards along edges?
1
Make Efficient Grass For Large Areas In The BGE
4
Square - Octagon - Circle - Modelling puzzle
3
Flatten tool in Blender 2.8 is blurry
0
Unintentional edge and face selection
0
Cutting Irregular Shape into an Irregular Cylinder (plane cockpit)
1
How to get a plane to intersect and join/merge with the perpendicular plane?