I'm new user of Blender and I have a question about modelling. I would like to create the model of this object: 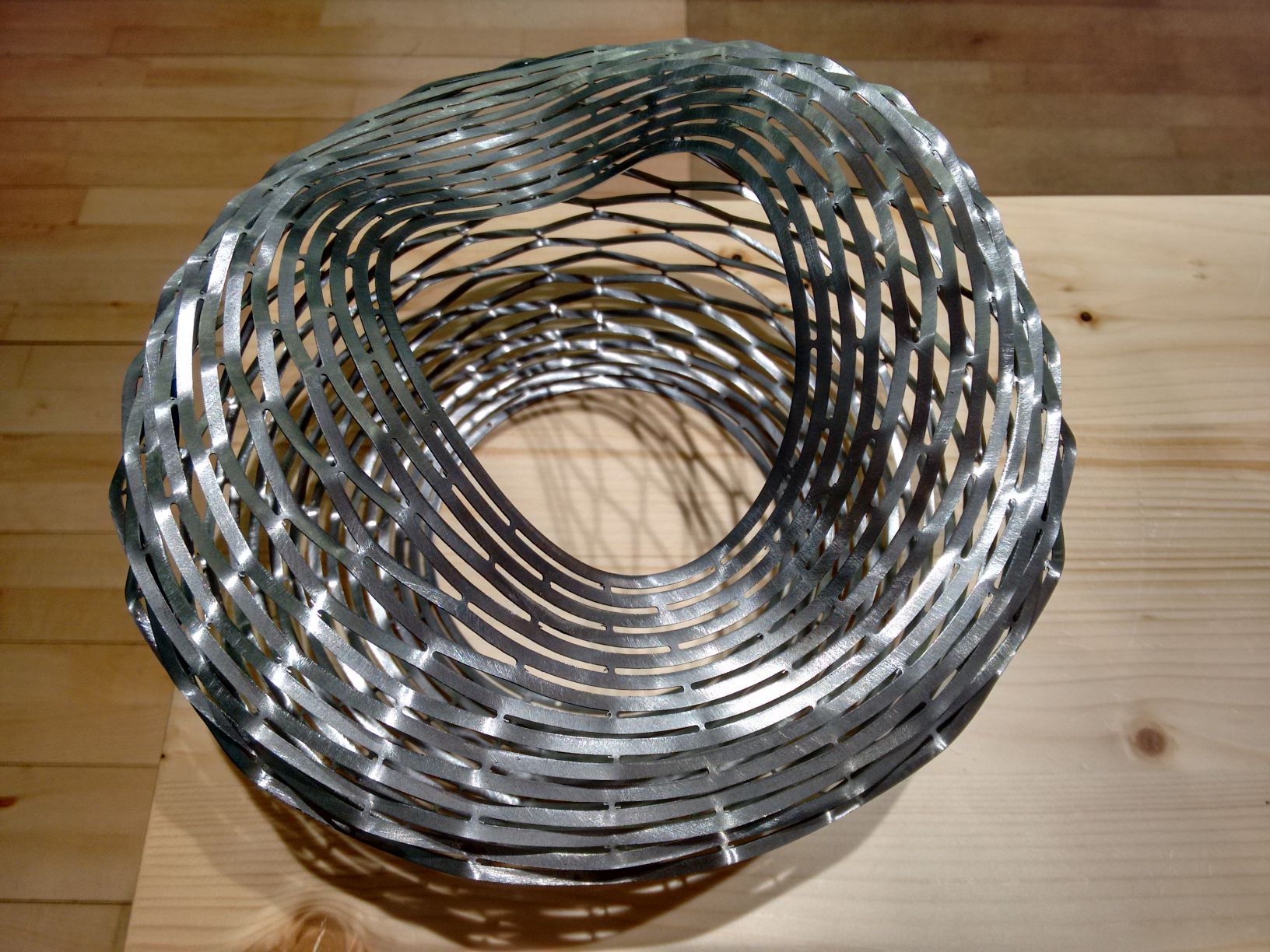 It starts from a metal sheet cut with a laser-cutting machine, then manually deformed into the shape in the photo.

I have no idea about how to model this. Searching I found "How can I create a hollow sphere with regularly spaced holes?" but that isn't my situation. Can someone help?

You could easily do this with the classic combination Array + Curve modifiers.

Since your metal sheet seems to be cut in a repeating pattern start by defining a mesh shaped as one module of said pattern. Make use of a Mirror modifier, if it is symmetrical.

Add two Bezier Curve objects to your scene, one defining the larger radius of the desired shape, the other defining the shorter radius and the section of the torus like object.

Make sure the smaller curve is set to 2D in the Properties Window so it doesn't accidentally create gaps. Also make sure both curves are at the same scene position and world coordinate as the pattern mesh.

It also helps if the curve origin is set at one of the end vertex for the section.

Adjust spacing and rotations as necessary if the deformation is unexpected.

Repeat the above steps of Array + Curve for the larger curve.

Now adjust the shape and deformations of the mesh by entering Edit Mode in either of the curves and playing around with its shape. Move vertex around or alter their Radius property for a scaling or collapsing effect.

Disclaimer: The gaping deformations that naturally happen by stretching a metal mesh won't be recreated using this technique, but you can manually model them while defining your base pattern object, or apply the modifiers and sculpt them over (a copy of) the final mesh if you don't need a non destructive workflow.

Another way to do this would be to use Tissue add-on. 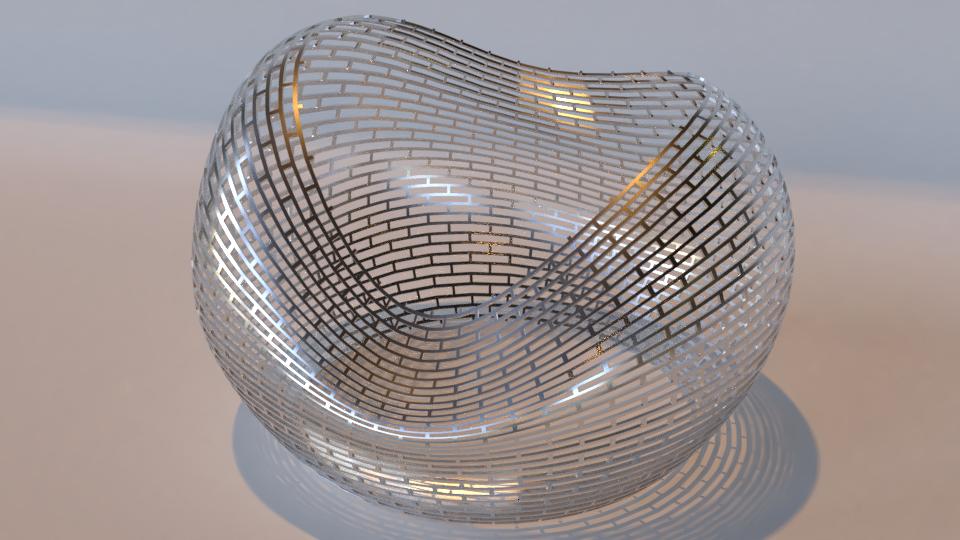 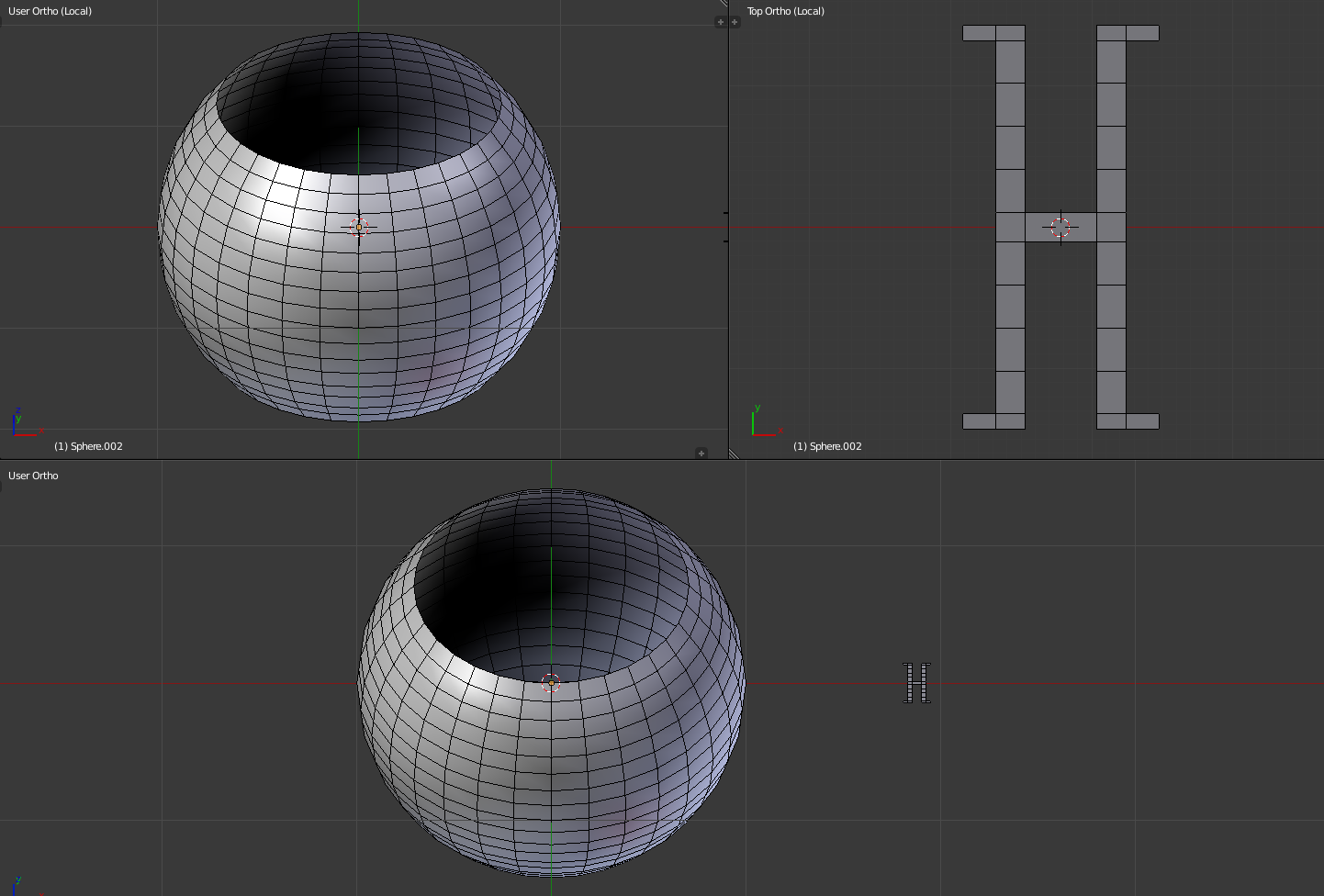 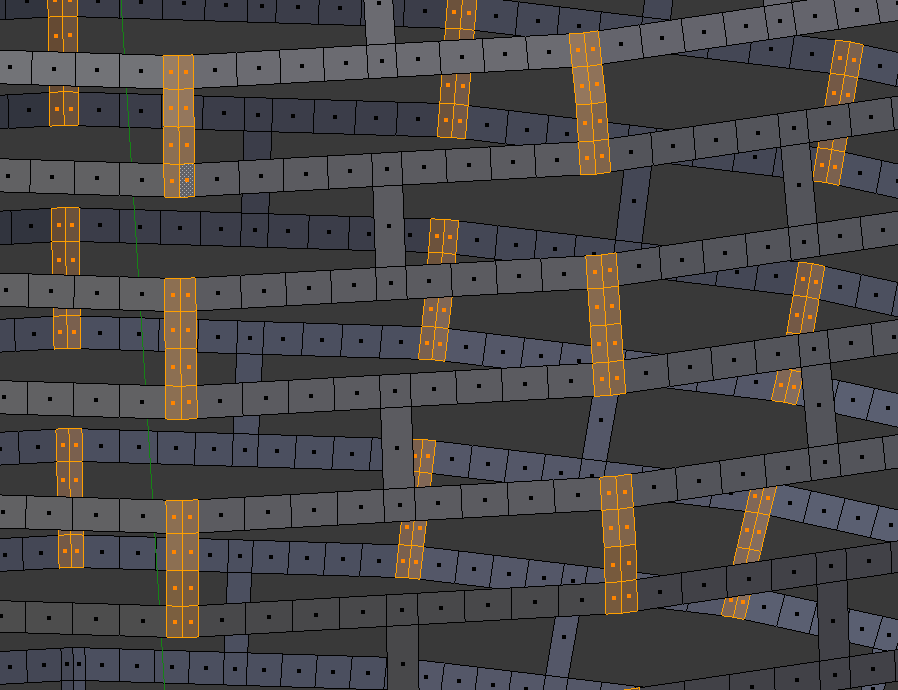 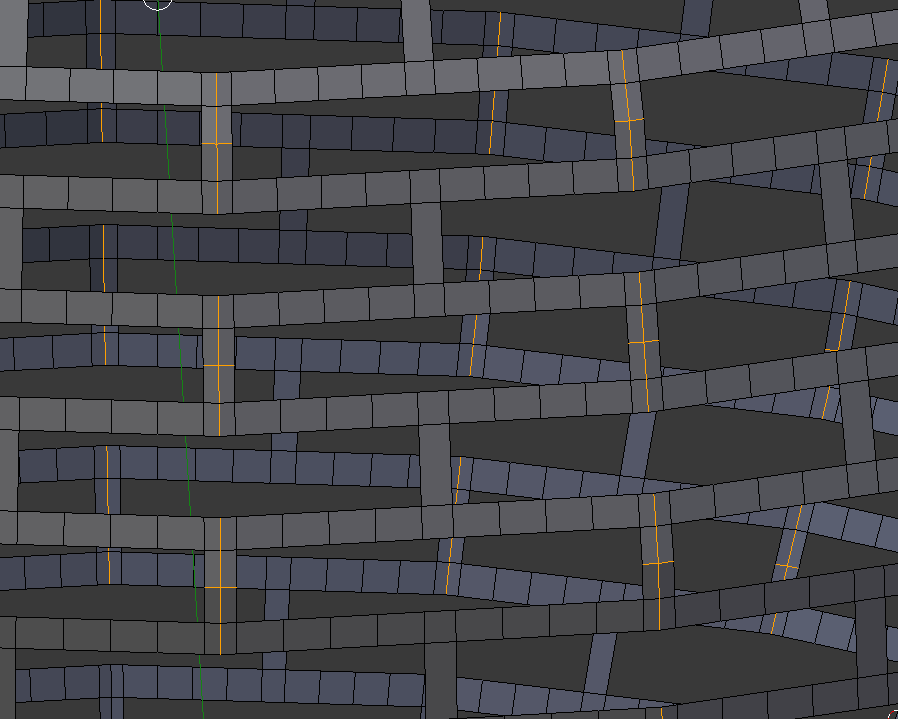 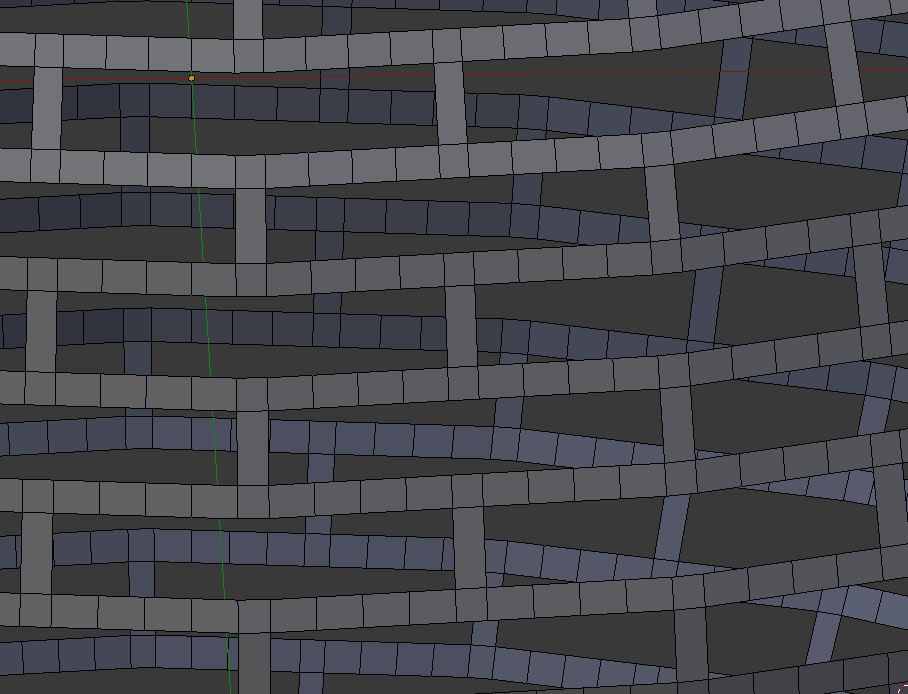 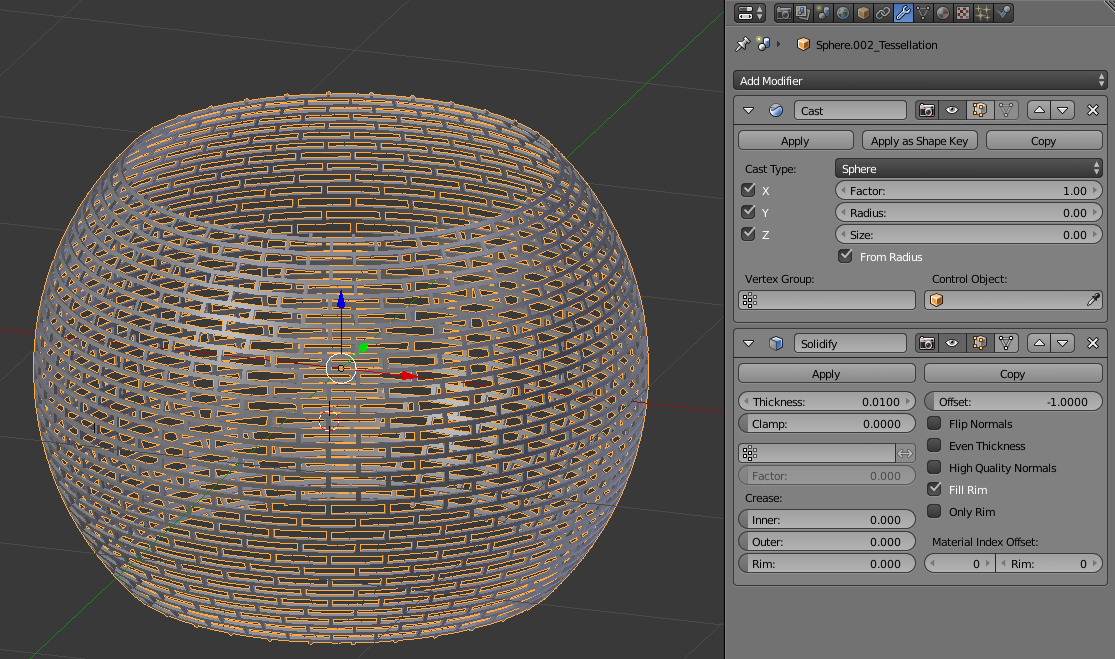 You have couple of possibilities here.

First could be just manually edit mesh with Proportional Editing.

Second one (non-destructive) could be using Lattice:

18
How can I create a hollow sphere with regularly spaced holes?
24
How to model braided nylon sleeve
10
Fill Bezier Curves
6
Problems with Curve Modifier
2
Why does adding a curve modifier move my object to the center of the curve?
0
Mesh deforming when add bezier modifier
0
Create Curved Chicken Wire/Mesh

3
How to model an irregular object made of tubes?
1
Making ventilation holes in a hockey mask style model
1
How do I model Laser scanning effect?
1
how to model sheet metal nailed to wood?
1
How to model this irregular shape
2
Strategy for creating this model in Blender from scratch
0
Embedding a sphere within a hemisphere
1
Slide Edge Loop along Sphere's Edge
3
How to make a primitive cylinder form a regular punctured sphere?