I am new to Blender. I am taking a class, and in the class the professor was demonstrating how one might start to model a Tie Fighter from Star Wars. So, using the reference images that he showed in class, I decided to see if I could make some headway. So, I start with a sphere (I believe it was a UV-sphere if that makes a difference). I scaled it so that it roughly fit the size of the reference photo. I'm looking at the reference photo, and I see that the line edge loop at the top of the sphere is not quite close enough to where I would like. So, I try to scale, transform, move, and rotate the edge loop. However, all of those options seem to deform the shape of the sphere.

Now, I understand that I could painstakingly manipulate each line, or vertex. And I thought of creating a new Loop Cut in that position, but I would still need to move all the other current edge loops in to the positions I want them to be. Another thing I have tried is selecting the edge loop moving it, and then scaling it accordingly. This takes about three to four iterations, and I will still have to go back and make sure that each vertex on the edge is in the right spot.

The second image is what I would like to approximate without having to move each line or vertex manually. As I hope you can see that it more closely matches the reference photo.

I am not currently trying to get into the programming aspect of Blender. 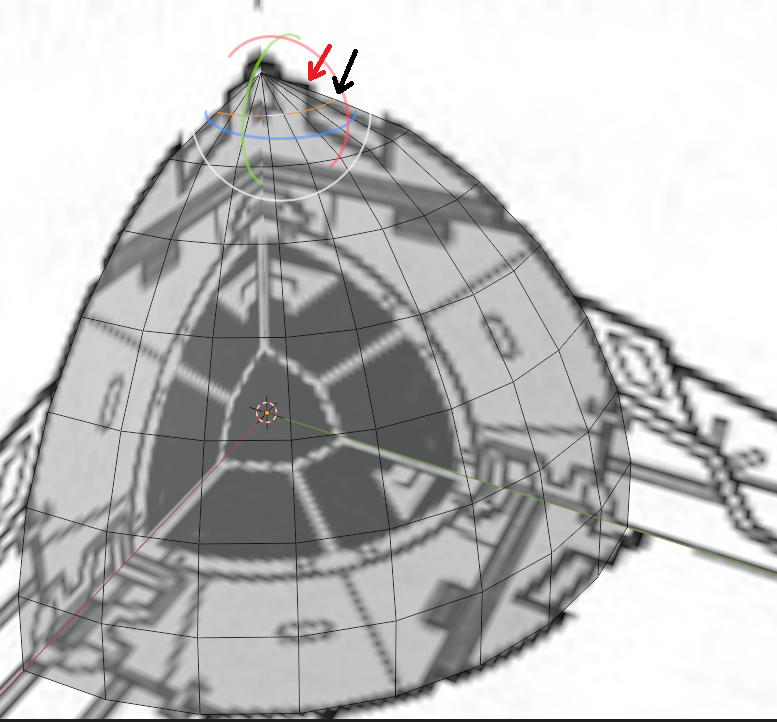 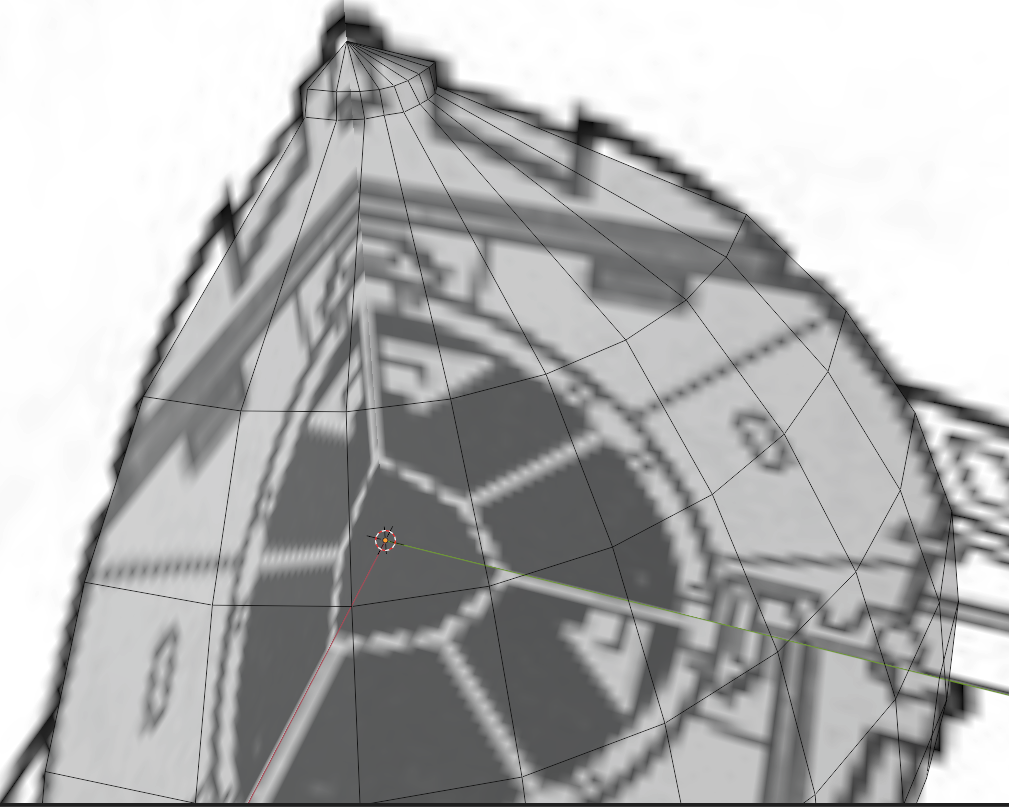 To move an edge along an object without deforming the geometry (too much), with the edge selected, press keyboard shortcut G + G to perform an Edge Slide: 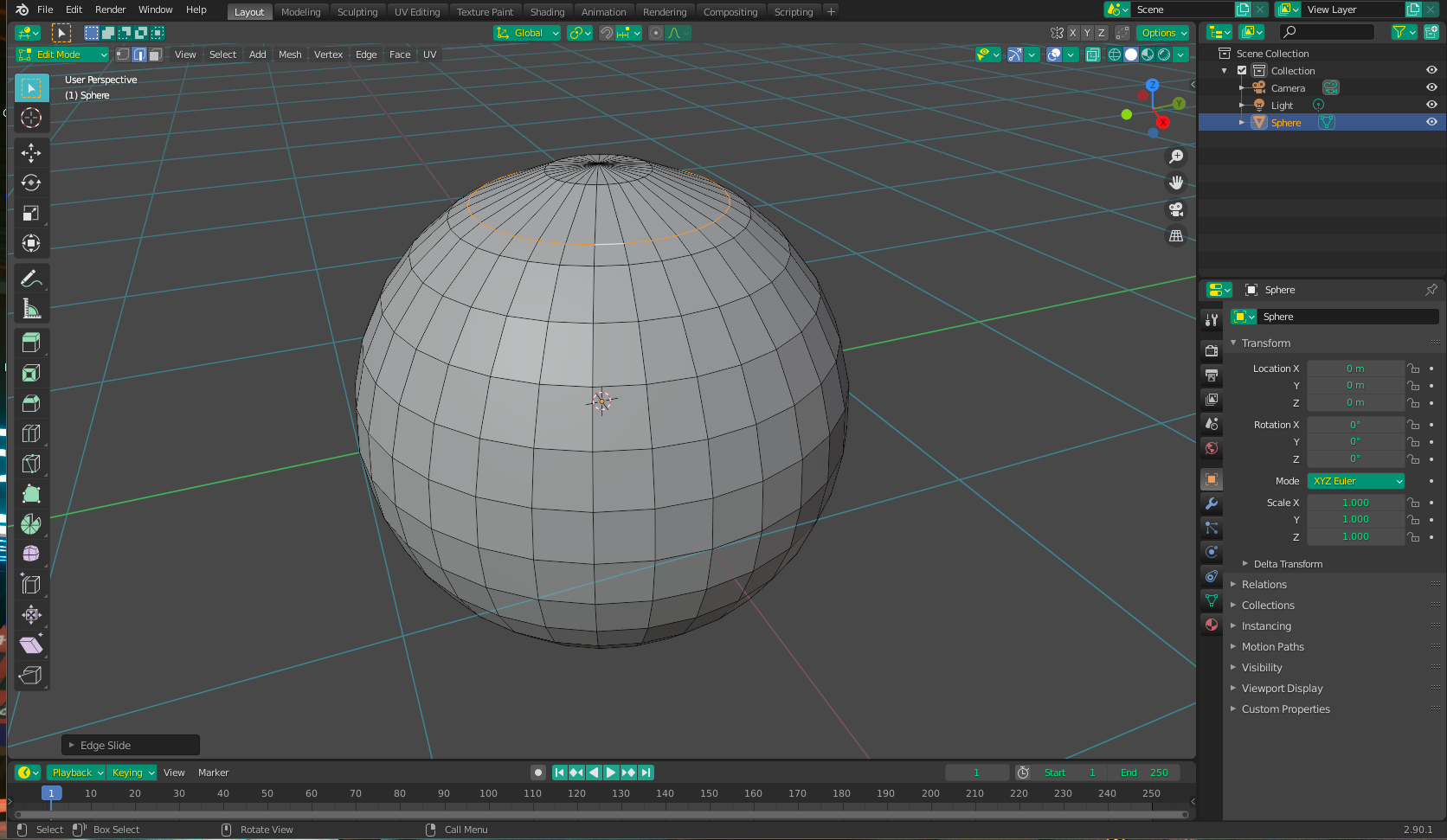 Not the answer you're looking for? Browse other questions tagged modeling edges loop or ask your own question.

7
How to slide geometry past an edge?
3
Extrude along an edge loop by vertex
0
No inner edge ring
26
Straighten Vertices Along a Line
2
Why does sliding edge makes it slide being mirrored?
1
How to move an edge loop along the normals of each edge?
1
Bridge edge loops not bridging to nearest vertex on adjacent edge loop?
1
How to constrain edge slide to axis?
1
Loop Cut and Slide is altering other Edge Loops